We are less than three months away from the release of The Force Awakens; yet, due to the incredibly tight security surrounding the project, rumors and speculations continue to abound regarding the roles and possible lineages of the new characters in the film. Possible mild spoilers ahead…

With the release of the Journey to the Force Awakens books on Force Friday (adult novel Aftermath, young adult novel Lost Stars, and three junior novels: Weapon of a Jedi, Smuggler’s Run, and Moving Target), a little light has been shed on the upcoming film – especially regarding the possible state of the galaxy, the Battle of Jakku, and some new characters and species that are sure to make their way into the film. 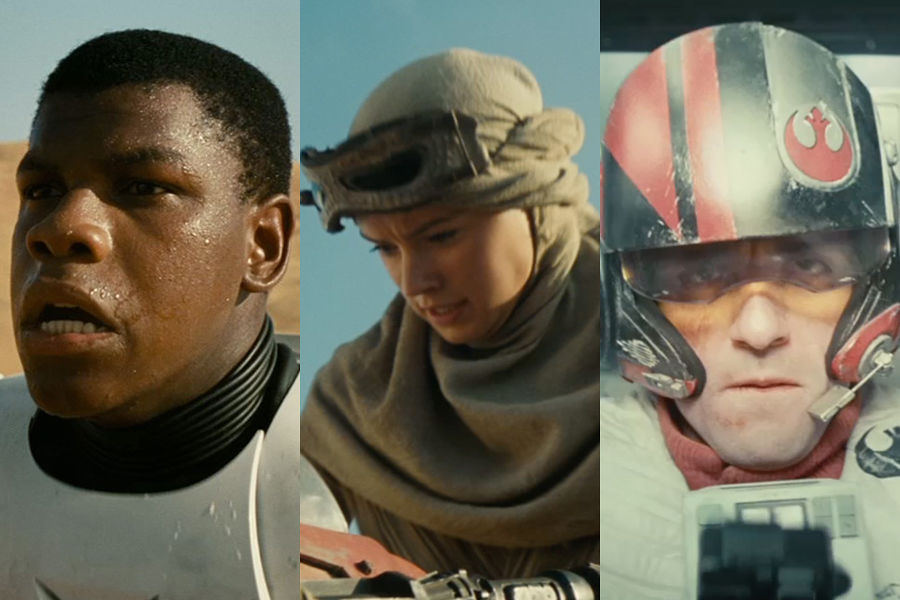 Amid all the rumors and speculations surrounding the characters of TFA, there is a lot that still remains unclear.  Who are Finn and Rey?  Why are their surnames not given prior to the film’s release? What is Kylo Ren’s real name?  None of the books or comics thus far have given us much information on the backstory of these characters, but I believe that it is possible that one of the newly released junior novels may have actually given us a first glimpse at one of the main villains in TFA. 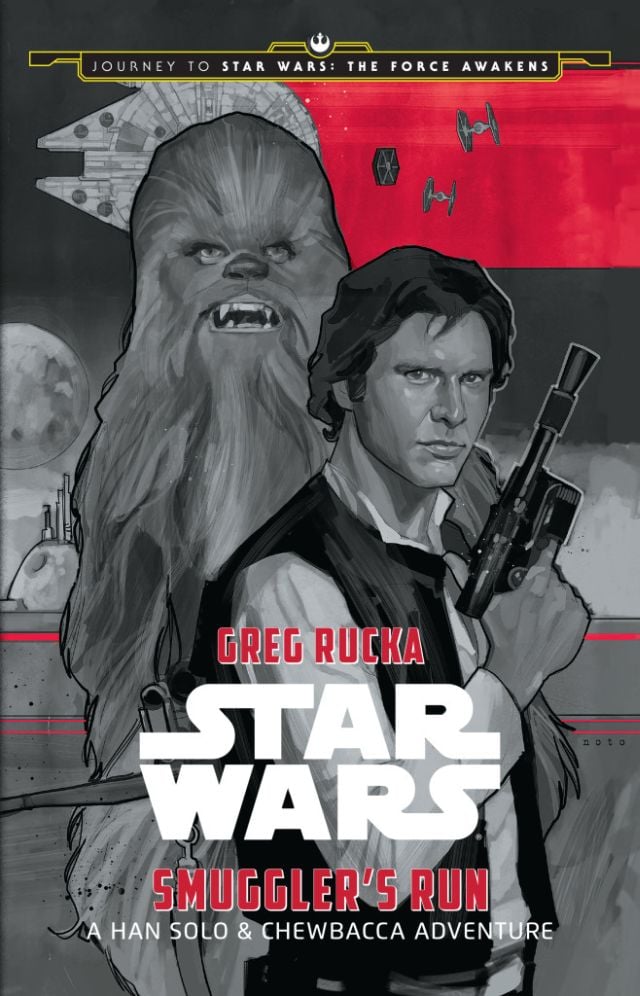 The novel I’m referring to is Smuggler’s Run by Greg Rucka (also the writer of the Shattered Empire comic series).  The book follows Han Solo and Chewbacca on a rescue mission set in between ANH and ESB.  They set out to find Ematt, an important player in the Alliance that holds information that is key to survival of the Rebellion.  Unbeknownst to the duo, an imperial officer of the ISB (Imperial Security Bureau) is equally intent on capturing their quarry. 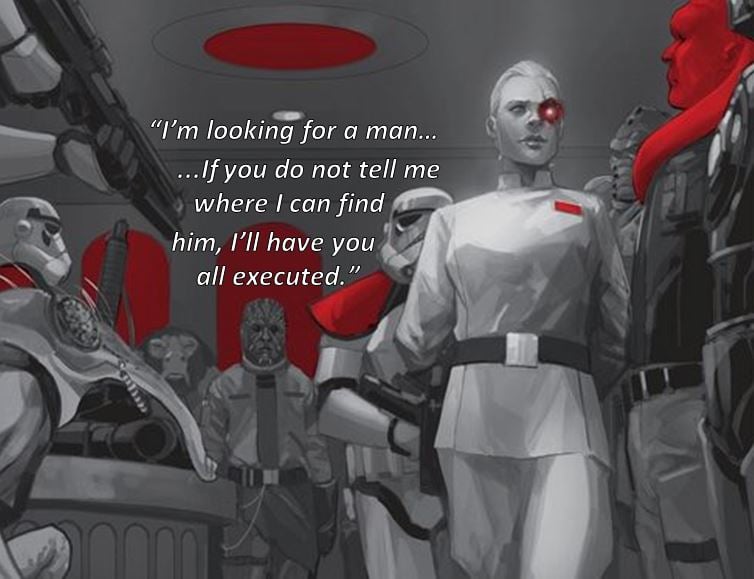 The Imperial officer is Commander Alecia Beck, who is chartering the Star Destroyer Vehement on her mission to capture the rebel soldier, and she doesn’t plan on letting anyone or anything stand in her way.  Here is an excerpt from chapter two of Smuggler’s Run which serves as an introduction to the character:

COMMANDER ALECIA BECK was, as far as she was concerned, a very good officer for the Imperial Security Bureau.  She didn’t have a choice.  Never mind that she was a woman – and there were very few of those holding high ranks in the Empire – hers was a job that did not tolerate failure.  For the Empire to work, loyalty had to be ensured.  For the Empire to thrive, everyone had to do their part.  For the Empire to endure, its enemies had to be hunted down and destroyed. 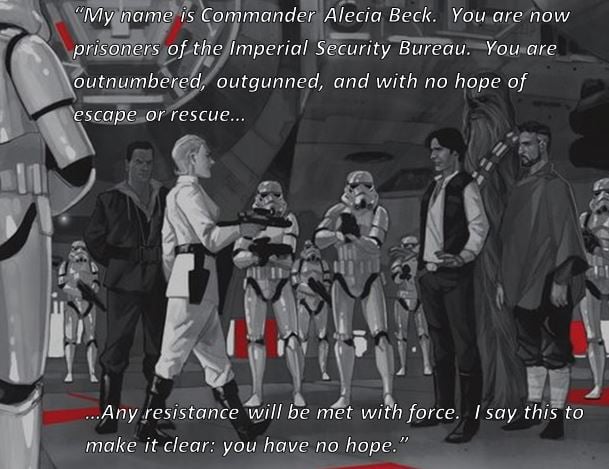 Commander Beck is as ruthless as she is prideful, and she is a very strong character that commands attention and respect every time she makes her presence known in the book.  When reading the character in the book, I couldn’t help but wonder what implications her inclusion might have on the upcoming seventh episode of the saga.

Given the fact that the book is part of the Journey to Star Wars: The Force Awakens publishing program, there have to be some things included in the book that give details and hints for the film.  While I easily found some characters and plot points in the other two junior novels that are likely to pop up again in TFA, Smuggler’s Run was a little harder to pinpoint those possible references. 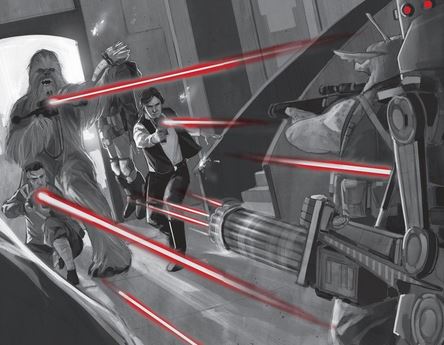 In all likelihood, Major Ematt will play a role of importance in the film as he is included in Smuggler’s Run as well as Moving Target, which also includes many other details that I could easily see impacting the movie.  There are also references to some gangs and a ship/mobile cantina that may show up as well, but beyond that, it’s hard to say.  Surely, there has to be more to this book regarding TFA.

Following that line of thought, the character most likely to appear in the movie in my opinion would be the book’s antagonist, Commander Beck.  But we have seen nothing about this character so far in casting or promotional material.

Is it possible that Commander Beck is none other than Captain Phasma, a strong female leader of the First Order, and one of the three main villains we have seen so far?  We haven’t seen under that chrome dome as of yet, but we do know the actress beneath it, who coincidentally bears a striking resemblance to Commander Beck as seen in the illustrations of the book.

We can also see from the illustration above that Beck is a woman of considerable height, able to look Harrison Ford’s Han Solo (6′-1″) in the eye.  It’s hard to get an exact height comparison as she is mid-stride and Solo is standing up straight, but her above average height is certainly clear.  Could this woman be Captain Phasma?

Even though there are a lot of similarities (such as Christie’s and Beck’s appearance and the authoritative positions of Beck and Phasma), there are some questions raised with this speculation as well.  Wouldn’t she be several years older in TFA?  Why does she go by Captain Phasma and not Commander Beck?

It’s likely that Commander Beck was solely used for the book and Captain Phasma is an all-new character in the universe, but if we want to chase this rabbit – these questions can be easily answered or explained away. 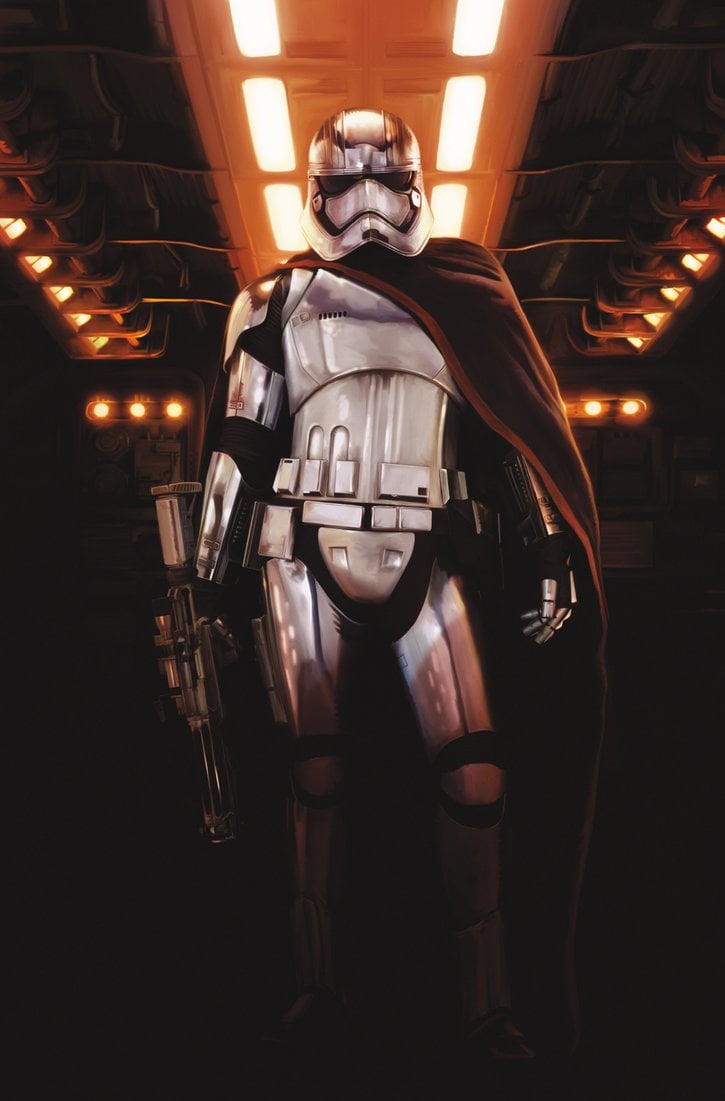 For instance, regarding the age of the character – we may never have to cross this bridge as it is possible that we will never see her unmasked in the film, and even if we did, it’s not like there is no precedent for using movie make-up to pack on the years.  And with the flashback rumors, it’s even possible that we could see a young Commander Beck during the time of the original trilogy.

As for her rank, Captain is certainly a promotion over Commander, so thirty years of faithful service could easily explain that one.  As for the name Phasma – well, that one remains a mystery. 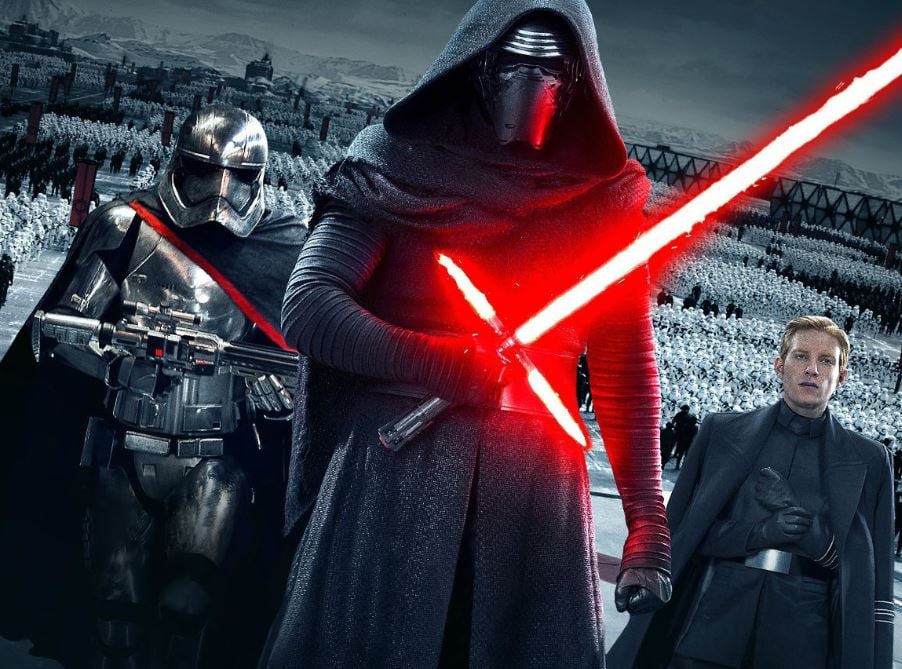 The ending of the book is also worth noting as it seems to allude that Beck will make an appearance in the future of the Star Wars Canon, and the story group seems to want to keep the future of this character as shrouded in mystery as possible. Here are the final words of Smuggler’s Run:

“Tell you next time,” Solo said.

What are your thoughts on Commander Beck and Captain Phasma?  Share your comments below. 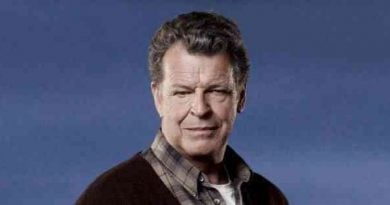 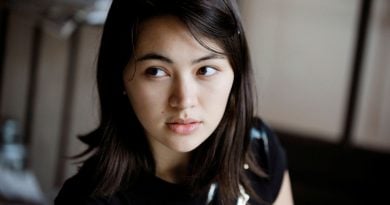 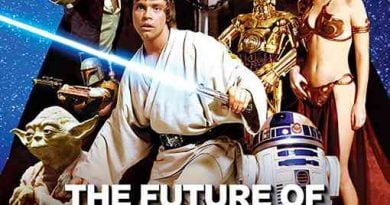 Disney Wants to Release 2 to 3 Star Wars Movies per Year!

103 thoughts on “SPECULATION – FIRST APPEARANCE OF A VILLAIN FROM THE FORCE AWAKENS?”