Gary Whitta, the writer behind the first draft of Star Wars Anthology: Rogue One, has recently talked with Blastr to promote his new book, Abomination. He shared a few details about his experience with working on the film.

Blastr: How did you get to write Star Wars: Rogue One?

Gary Whitta: [In 2014,] Disney had [announced it had] bought Lucasfilm… Star Wars was basically coming back in a big way. I was so excited, I instantly emailed my agent, saying, “I know there’s probably a hundred writers who are better placed, but the 10-year-old kid in me would kill me if I didn’t at least try to throw my hat in the ring for one of these films.” I never really expected anything to come out of it. But I was on the list of writers they wanted to meet. Lucasfilm approached me at what kind of seemed like a general meeting. Then they offered me this job. I had no idea it was going to be a movie, I just thought it would be a video game or a novelization, or something… I’m still pinching myself that I got to work on [an official movie]. It’s just been an amazing experience.

B: What do you think it was about your writing that attracted Lucasfilm to you?

GW: I don’t know what it is about my writing that makes anyone call me up… Lucasfilm had a sense of the story they wanted to tell. It was a question of finding good fits for the ideas they knew they wanted to do. 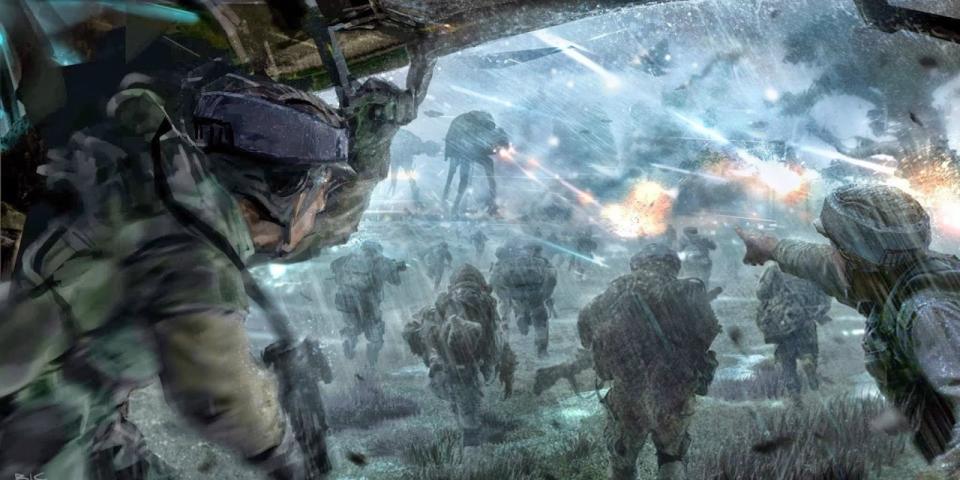 B: Was there a story bible that you drew from, or did you create the world from scratch?

GW: A little bit of both. [Lucasfilm] really want[s] to give their writers and their creative people a lot of freedom, to tell the best story possible. But they’re also aware of the fact that they’re building this very large interconnected universe, now with all the comic books, TV shows, videogames, and films everything is now canon. So everything they do now going forward is canonically connected and has to be consistent as part of the same universe. No one is making the movies or the comics or the TV shows in a vacuum; everything is part of this one big consistent universe. Lucasfilm has a tremendous amount of institutional knowledge, you know. I know Star Wars fairly well myself, just as a fan, but they have experts there, people there who know the Star Wars universe inside and out. They’re also are very aware of what else is going on in the other movies, and what their overall plan is.

B: What else, if anything, can you tell me about Rogue One?

GW: I spent the best part of a year on the script working very closely with Gareth Edwards, who’s directing it. He’s one of the smartest filmmakers I ever met and also one of the few people I’ve ever met who’s an even bigger Star Wars fan than I am… He’s so committed to making a Star Wars film that everyone can look at and feel that honors the legacy of [Star Wars] films. I wish I could talk more about it in more detail, but there will be plenty of time for that next year.

With Mission: Impossible – Rogue Nation nearly out in theaters, it’s likely that we’ll start to hear more snippets about Rogue One after the embargo expired. That being said, it’s more likely that major information about this film will start popping up next year – just so the focus doesn’t shift away from The Force Awakens.