More Details on Miltos Yerolemou’s Character from The Force Awakens 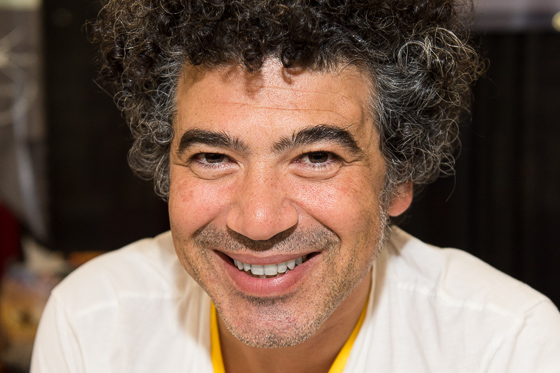 Back in April actor Miltos Yerolemou, who played sword-master supreme Syrio Forel in Game of Thrones, dropped a big hint regarding his role in Star Wars: The Force Awakens. Now some more clues were uncovered giving us more details on his character in the movie…

So back in April, in an interview Yerolemou unintentionally or not revealed that he is playing an alien in The Force Awakens. He also confirmed that he didn’t take part in the desert location shoot at Abu Dhabi.

The latest clues about his character come from BBC reporter Lizo Mzimba who noticed that the actor had updated his Spotlight page, with a brief description of his character.

As you can see Yerolemou is playing an “H.M. Patron” in the movie. We believe that H.M. stands for “Hall of Mirrors”. This is a production name that we’ve heard before. First we thought it was a production name of a ship, but later MakingStarWars uncovered that it’s connected with Maz Kanata’s place.

You probably remember that in the past, one of our sources was describing a scene taking place in some kind of Cantina (HERE). Our best guess is that this Cantina is the “Hall of Mirrors” and Yerolemou’s character is playing a patron in this place.

Could he be one of the aliens shown at the Maz Kanata’s palace?

It’s possible. Still, we have to remember that the actor is very skillful with the sword, so he will probably be involved in some kind of an action sequence.

Another interesting find by Lizo Mzimba is the fact that actor Jack Robinson is playing a barman in a “huge film franchise with the production title AVCO, shot in Pinewood, UK”. So we’re definitely getting a new Cantina scene. 🙂