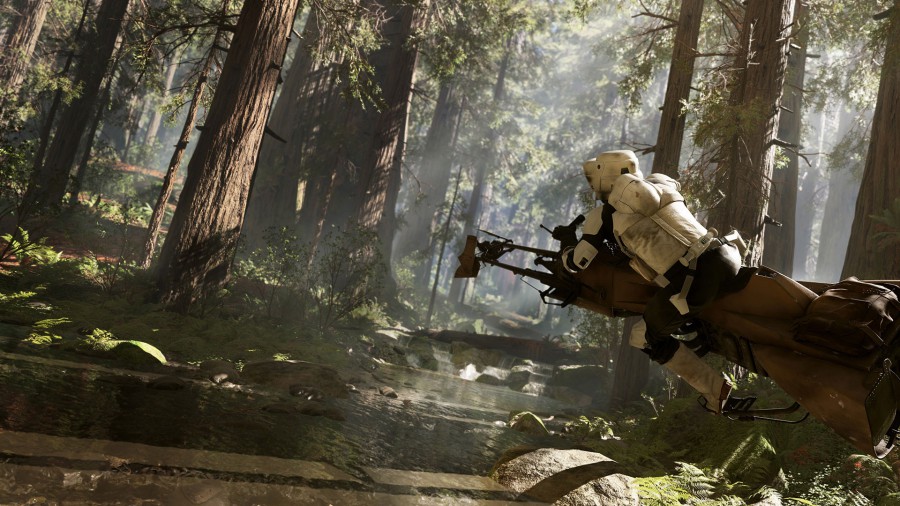 It’s been a long while since a trailer for the next iteration of Star Wars Battlefront graced E3’s screen in 2013 and 2014, but after months of waiting, our first real look at gameplay has finally arrived… And, oh boy, did DICE deliver. Make the jump to see what kind of awesome Star Wars action awaits players this December.