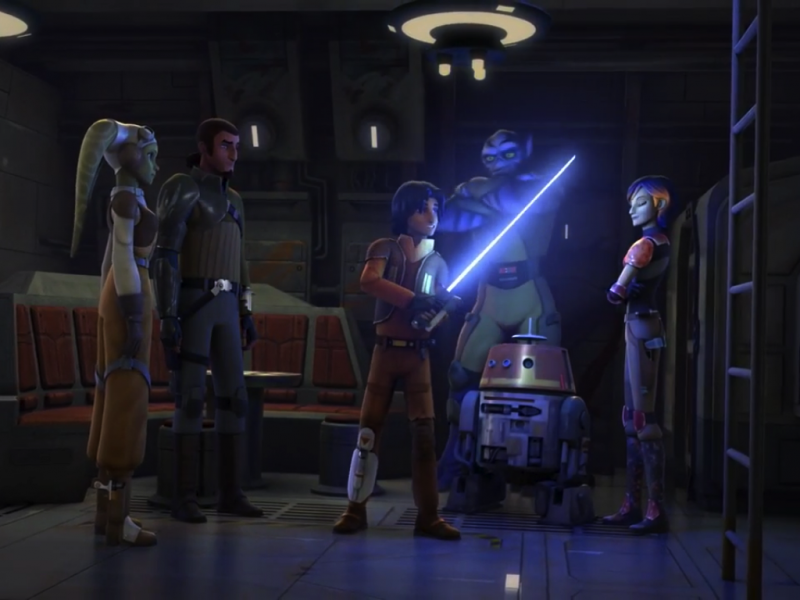 After a short hiatus Disney has released the next episode of Star Wars Rebels: “Path of the Jedi” on their Disney XD app. Read our review after the jump…

People complained that the Prequel Trilogy destroyed the mystical side of the Force. What they didn’t know is that couldn’t be FURTHER from the truth. Episodes like this and from the Clone Wars IMO further cement how mystical/magical the Force truly is. The visions that Ezra sees gives away that the Force is testing Ezra and by testing him also meaning that the Dark Side is in full effect. These visions might be similar to what Luke had faced,on Degobah, but…..

And here are some preview clips from this episode: