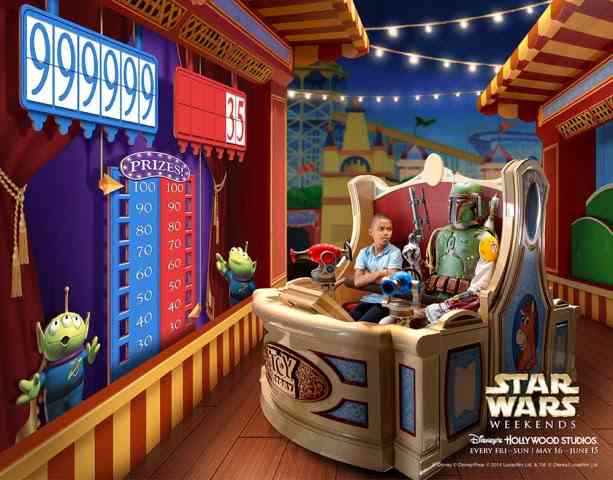 Few cool videos (including J.J. Abrams addressing the crowd) from the first weekend of this year’s Star Wars Weekends (May 16 – June 15)…


Video giving you an idea of the experience at Star Wars Weekends:

The Parade. You can see in the video that Peter Mayhew is really having hard times standing. I hope the big guy recovers quickly but obviously they will use him in Episode 7 mostly in close-up shots and shots with less physical activity:

Finale and fireworks. You can see some of the rumored young recasts here. 🙂