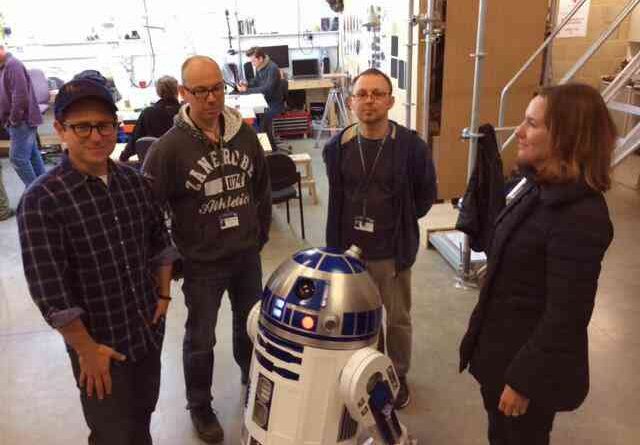 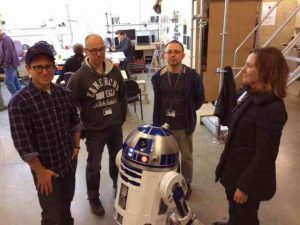 I guess it’s normal that Bad Robot posts an image with a robot. 🙂
Or maybe it’s a hint. After all Kenny Baker played R2-D2 in all 6 Star Wars movies…

I really hope there will be more behind the scenes images in the future. Recently many Hollywood directors started to use Twitter to tease the fans with non-spoilerific images from the production of their movies. Which is great.

Thanks to John Stuart from the comments section we’ve got some more info on the photo.

That’s a fanmade R2 – Oliver Steeples is in the pic and this is his droid. An R2 builders council member and a top guy, I might add. I sent him a quick message, here’s what he replied:
“Oh that. Me and jj hanging out you mean. They wanted some reference r2 stuff and jj wanted his photo taken, was very lucky”

Whatever that means… will try and squeeze some more info out of him.

So this kinda confirms that we’ll see R2-D2 back in Star Wars. I doubt that they will need reference for the animation show and it’s too early to start working on the spin off-movies. So probably R2-D2 is indeed wanted for Episode 7. 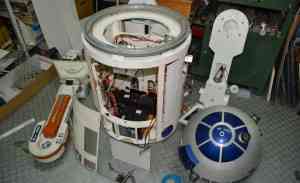 Also according to The Wrap:

D2 had been holding out for the same star perks as returning cast members Harrison Ford, Mark Hamill and Carrie Fisher, but now that negotiations have concluded, director Abrams and producer Kathleen Kennedy have welcomed back the veteran Astromech droid with open arms.

I see many comments about fans wanting Kenny Baker to reprise his role. It would be really great but don’t forget that Keny is almost 80 and playing inside a tin box is not one of the easiest tasks. So I’m not sure about that. 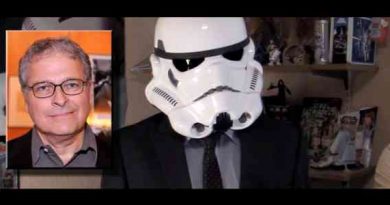 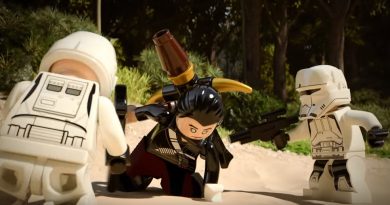 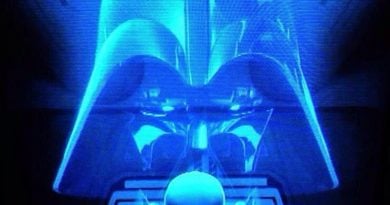 50 thoughts on “Update! First Behind the Scenes Image from Star Wars: Episode 7. R2-D2 is Back!”