The first look at the vintage series for Star Wars: The Rise of Skywalker toys has appeared online.

Thanks to the effort of the people at Yakface, we have an idea of what the latest additions to The Vintage Collection are. So far, five have been uncovered, only one of which is not explicitly related to the final film of the Skywalker Saga. To the uninitiated, The Vintage Collection is a series of Star Wars toys made in the style of Kenner Star Wars figures from back in the day, albeit with sturdier materials and a much larger array of characters to look at. The box cards for these characters feature new locations in the background, as well as a stylized iteration of the logo for The Rise of Skywalker.

Minor spoilers for the physical appearances of characters in Star Wars: The Rise of Skywalker beyond this point.

The four characters tied to The Rise of Skywalker are Rey, Poe Dameron, Zorii Bliss, and the Sith Jet Trooper. Meanwhile, there’s Luke in his pilot costume circa A New Hope thrown in there as well. 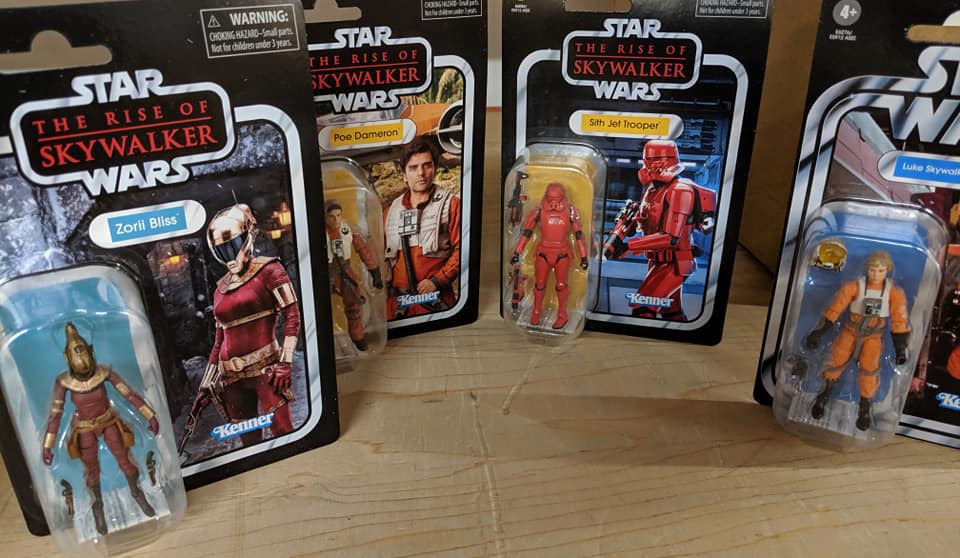 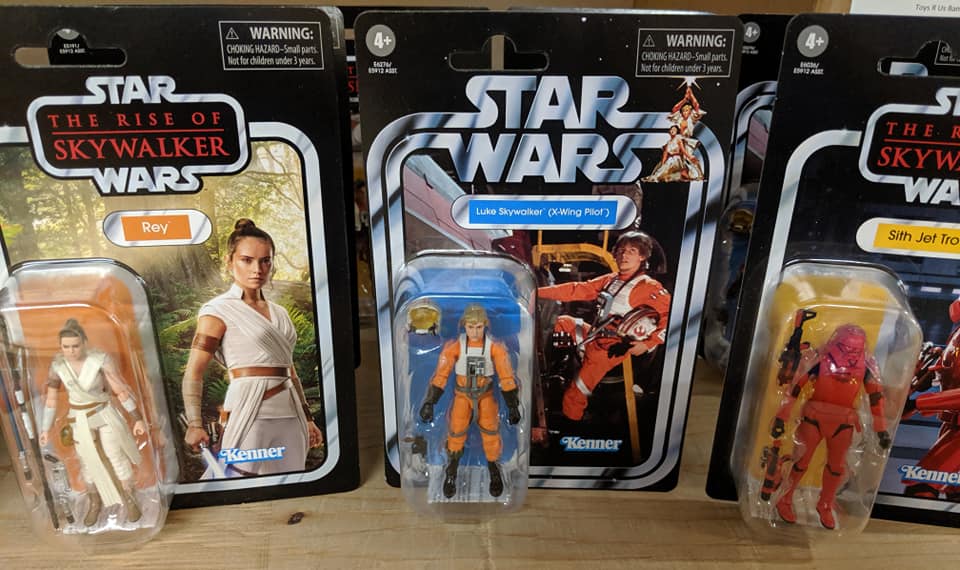 There’s also a leak of one of the Knights of Ren using this same toy format.

Yak Face just posted an image of the TVC Knight of Ren (Cairo grater?) from StarWarsLeaks

These toys ought to go on sale on Triple Force Friday, which will be held on October 4, 2019. Star Wars: The Rise of Skywalker itself will be released on December 20, 2019.