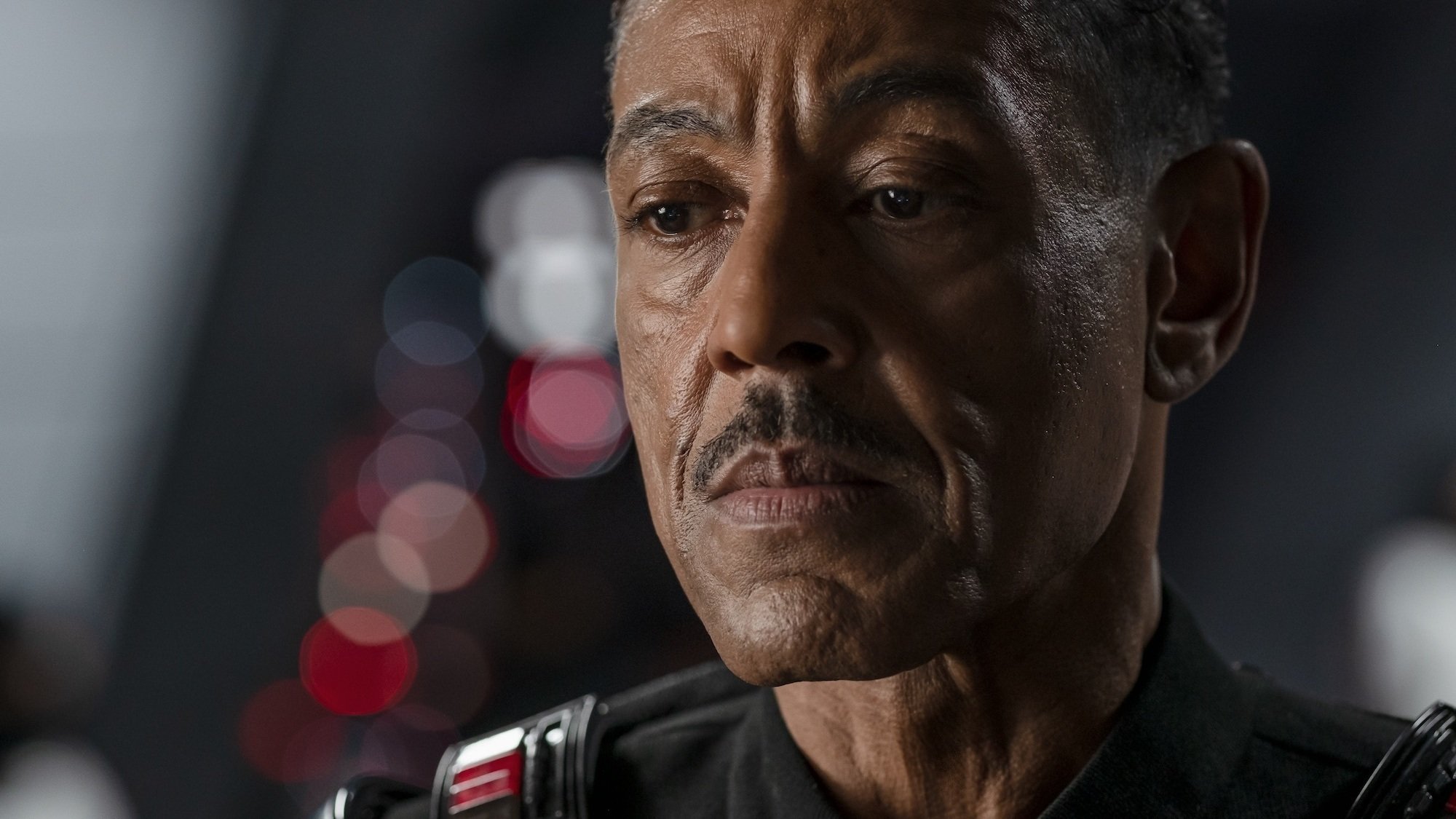 With the return of The Mandalorian now just days away, Giancarlo Esposito has made an appearance on Good Morning America to talk about his expanded role in the second season.

Earlier today, Giancarlo Esposito appeared on Good Morning America to address his excitement for the return of the popular Disney+ original. After joking that he couldn’t really talk spoilers, he reiterated what his role in the series as the overarching antagonist on the hunt for a certain green child:

“My character, Moff Gideon, is the warden of the galaxy. He is a remnant of the Imperial Empire, and he is still searching for his quarry, which we’ll hope he’ll find.”

Esposito explained that a big part of the appeal for The Mandalorian was the humanity of its protagonists, including one whose face is hidden from us most of the time:

“I’m so happy to be part of a show that really depicts a story about humanity and heroism. Y’know, to be a hero is something that we all aspire to. I play some villains, but I really love the hero, and we need to be empowered by heroes today.”

You can watch the full clip below:

The cast of The Mandalorian this season includes the likes of Pedro Pascal, Carl Weathers (who is also directing an episode), Gina Carano, Giancarlo Esposito, Emily Swallow, Horatio Sanz, Temuera Morrison, Rosario Dawson, Michael Biehn, Timothy Olyphant, Katee Sackhoff, and Sasha Banks. The series is written by showrunner Jon Favreau, Dave Filoni, and Rick Famuyiwa, all of whom are directing episodes this season. Other directors for the season include Peyton Reed, Bryce Dallas Howard, and Robert Rodriguez.