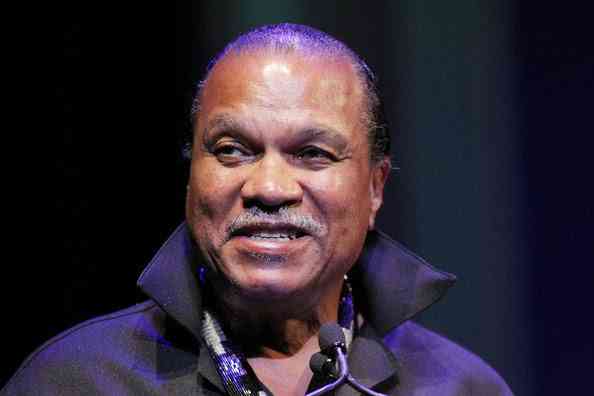 It’s just been revealed that Billy Dee Williams will not be able to make an appearance at the Saskatchewan Entertainment Expo – which takes place on September 15 and 16 – due to a scheduling conflict with a movie he’ll be filming. This might just be the biggest piece of evidence suggesting that Lando Calrissian will be returning for Star Wars Episode IX…

Williams has been making the rounds at multiple conventions since the return of Star Wars on the big screen, which is interesting considering that he’s long since been confirmed to sit two-thirds of the Sequel Trilogy out. But now, it’s come to light that he’ll explicitly miss out on a convention he planned to attend due to unexpected scheduling conflicts:

We’ve got some sad news for you all today. Due to a film schedule conflict, Billy Dee Williams will not be able to…

Something similar happened during production of The Last Jedi, as Carrie Fisher had to cut an appearance from the Denver Comic Con during principal photography. So it very may well be that Williams is cancelling an appearance to make room for filming of Episode IX. The first sign that Williams could be involved came when it was revealed that he would be hiring a personal trainer and was seeking a healthier diet, but this evidence is fairly circumstantial. Later, a FanthaTracks report added that two different sources informed them that Williams would indeed be a part of the ensemble to Episode IX. Filming on the project will start sometime this month and will continue through the end of the year.

To paraphrase Rey in The Last Jedi, “he is not busy”; currently, IMDB does not list Williams as being involved with any major film projects. His last role was a voice cameo as Harvey “Two-Face” Dent in 2017’s The LEGO Batman Movie, playing off of his minor role in Tim Burton’s first Batman movie that Joel Schumacher’s Batman Forever promptly ignored with Tommy Lee Jones taking over. His last live-action film role was in 2015’s The Man in 3B, which saw a limited release. Considering that recording voicework is a process that usually doesn’t last too long and that that Williams probably would have been announced as being involved with another, smaller project by this point in time, the odds are definitely looking in Lando Calrissian’s favor for a big return to the franchise. With casting news on Episode IX on the horizon, we certainly won’t have too long to wait to find out!