Solo: A Star Wars Story - Dryden Vos Reveals He Is Not The Big Villain in the Movie, Plus Several New Clips, TV Spots and Interviews from the Movie - Star Wars News Net Go To Top
Skip to content

Solo: A Star Wars Story – Dryden Vos Reveals He Is Not The Big Villain in the Movie, Plus Several New Clips, TV Spots and Interviews from the Movie

A new series of clips, TV spots and interviews from Solo: A Star Wars Story have hit the web, revealing even more new shots and info from the movie. While the following videos are official and not spoilerific, if you want to have the most fun in the theater, not knowing many of the details of the story, we would suggest you skip this report.

First we start with a new TV spot featuring a few new scenes and dialogue with Dryden Vos, who was believed to be the movie’s main villain. Well, from his words it appears this is not the case:

If you do fail me, we all will be out of options. You know who I answer to…

However we read that, it’s clear that there is someone more important calling the shots in this. Who could this be? Jabba? That would make the most sense, considering Solo’s history with him. Whatever the case this was a very interesting reveal.

Next we have a new official TV spot titled “Lieutenant“, focusing on Vos again but also on his trusted lieutenant – Qi’ra. What could be at play here? What role will Qi’ra really play in this story?…

Also the official Star Wars site revealed a new clip, giving us a better look at Enfys Nest. As we already know Nest is a female character and from the video, it is clear that she will be using a voice changer to disguise herself in a similar fashion as Leia did in Return of the Jedi, using the Boushh costume.

And it seems the comedy will be indeed a big part of this movie.

Phoebe Waller-Bridge, who plays the droid L3-37 was on the Jimmy Fallon show talking about her latest projects and of course she touched on here role in Solo: A Star Wars Story.

You can watch a new clip with L3-37 at the end of the video and also have a first look at how the actress looked on the set, while they were filming the movie: 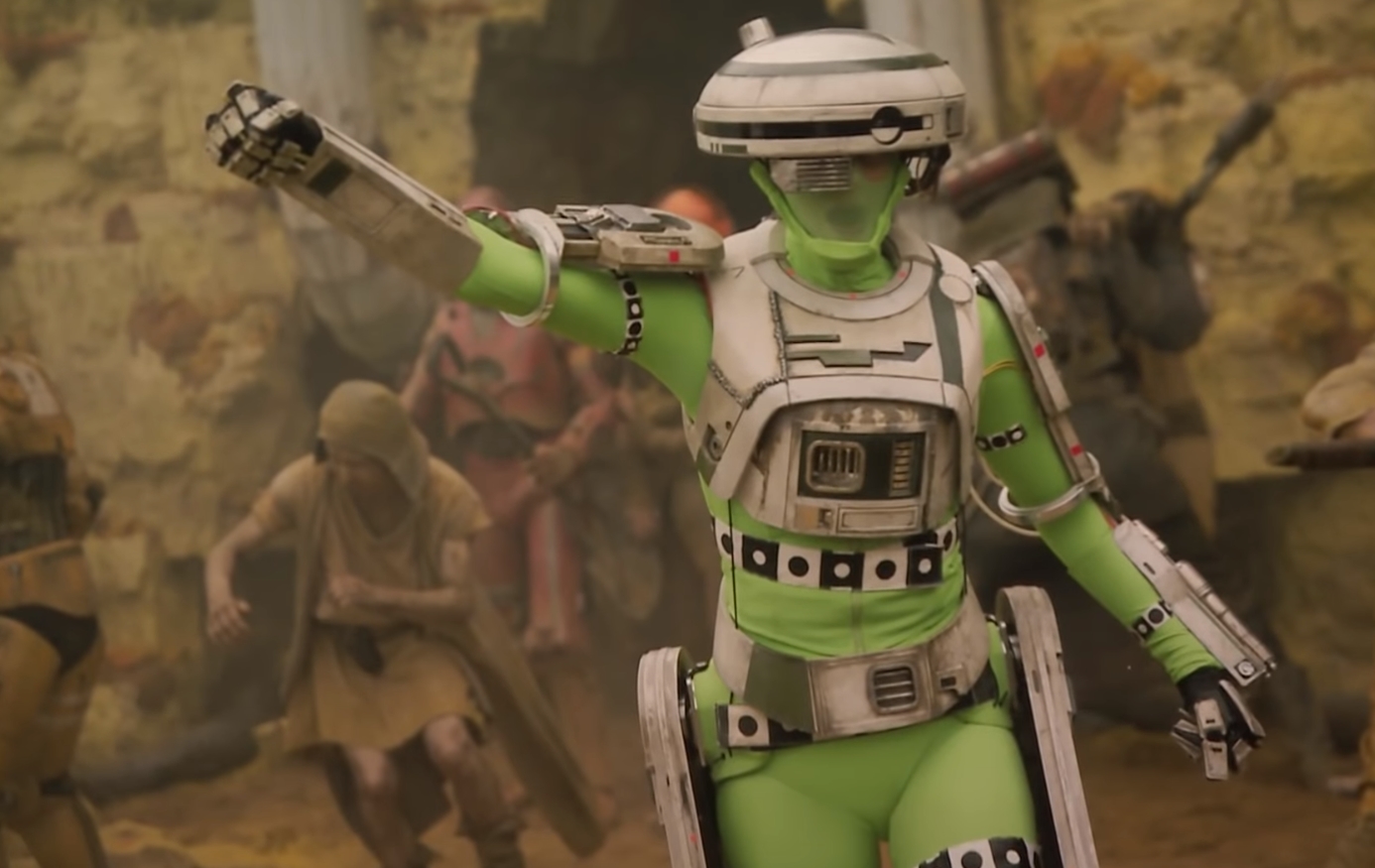 As it was revealed before, they didn’t go for the motion capture technology in this case, but instead went on to make the live of digital compositors really hard with this costume where all the parts in green have to be painted out. Check out the interview below:

Also Alden Ehrenreich was on the Jimmy Kimmel show. You can check his appearance below: