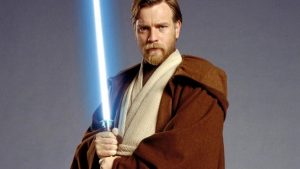 Star Wars fans everywhere have been asking for a stand alone Obi-Wan Kenobi movie for years now. Well, in a rumor posted via FanthaTracks, it seems there is a chance that wish may be coming true.

Although never confirmed, a writing team and director (previously rumored as Stephen Daldry) have been assumed to be working diligently on the movie since sometime last year. A source close to FanthaTracks has disclosed that documents exist confirming a variety of information.

The project is sufficiently along that an art department is now in full pre-production mode at Pinewood Studios, England with ancillary work being carried out at Industrial Light & Magic in London.  A number of concept artists, prop modellers, and storyboard artists are working as a team across the two locations on the film, with the group growing in numbers every month.

Contracts have also been extended to a number of crew who have worked on various Star Wars films produced at Pinewood under the Disney era, to join the production when their work on Episode IX ends.  This will see the Obi-Wan crew grow gradually over the remainder of the year but primarily from October on wards.

Pre-production will continue at Pinewood whilst Episode IX shoots from this summer through the end of the year, at which point production of the Obi-Wan movie has been scheduled to move onto stages in mid January 2019 with the main shoot to begin in April of 2019.

The project is being developed under the corporate name of PLT Productions (UK) Ltd.

The scheduled release date is December 2020.

A stand alone Obi-Wan Kenobi movie has not been announced or confirmed by Disney or Lucasfilm and this is strictly a rumor at this time, so take this with a grain of salt. The documents do not reveal any information in regards to potential castings, but hopefully more information about the rumored production will come to light through a formal announcement from Lucasfilm in the future.