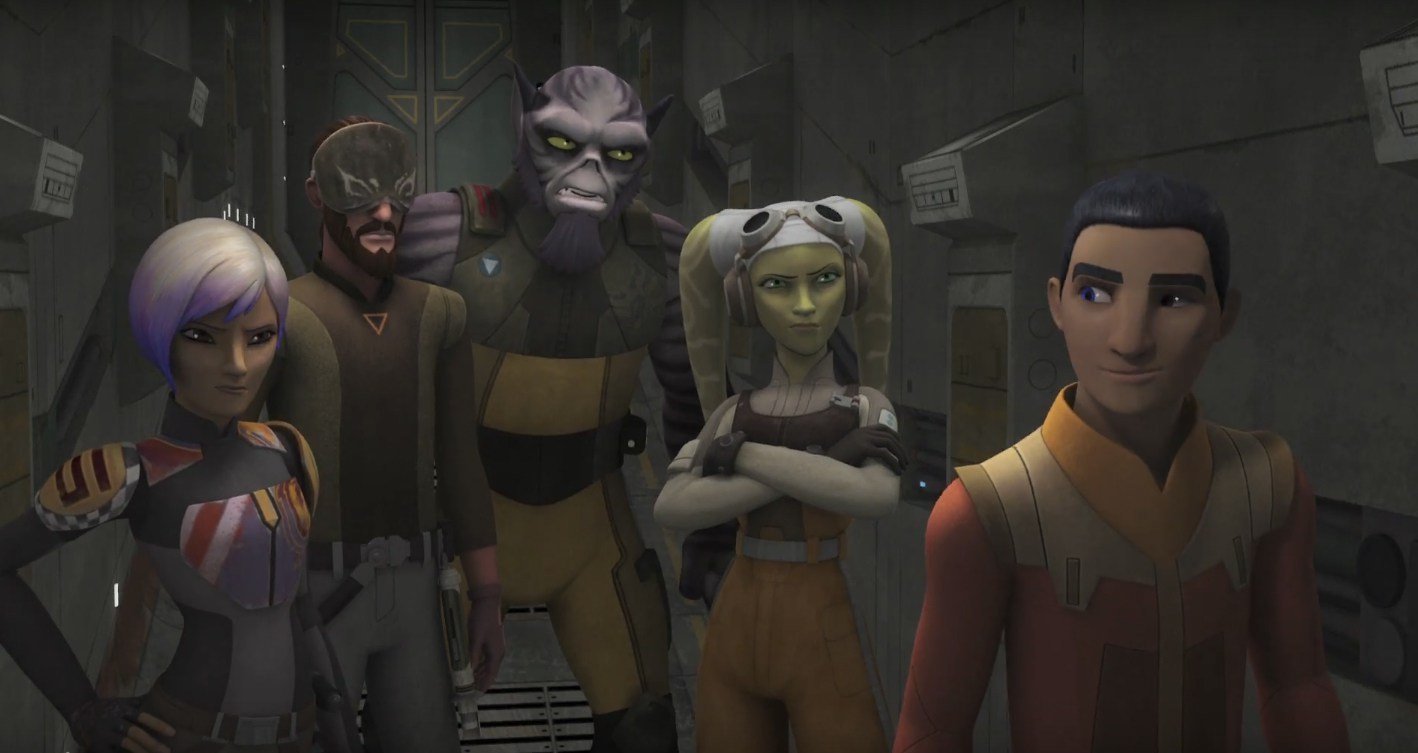 Star Wars Rebels Season 4 looks to bring the beginning of the end to the series in a big way, as the final season of the show will start things off with a bang with a pair of two-part episodes and a new weekly schedule.

According to Jedi-Bibliothek, the names of the first six episodes of Rebels Season 4 have been revealed:

What’s really interesting is here is that the release pattern suggests that we’ll be getting two episodes a day from here on out. WIth a season of 16 episodes, this means that the series could hypothetically conclude on December 4 – which is actually before The Last Jedi hits theaters – provided, of course, that none of those pesky hiatuses enter the picture. (Two hiatuses, or days where only a single episode airs, could be permitted in this case.)

But what’s also interesting is when these episodes are airing – Monday nights. And instead of there being a standard premiere time for each episodes, the episodes will be shown over the course of the day they premiere:

Star Wars Underworld is also reporting that those who don’t want to wait until thirty after midnight can beat the broadcast to the punch by a whole twenty-nine minutes if they have the Disney XD app, which allows fans to watch episodes on the go.