Porgs effectively stole the hearts of the Star Wars fandom literally the second they were first revealed, and it’s no surprise that Disney is already capitalizing on Porg hype by including the adorable watchers of Ahch-To as soon as Force Friday. Now, we can actually hear what these little balls of fluff are going to sound like.

A fan who was lucky enough to find a Porg plush got to hit the “Try me!” button on the creature, so we now know what it sounds like. In short – kind of like Elmo, if he were a Space-Puffin-Penguin-Thing.

Not annoying or creepy at all. 😭😭😭 We are Porg. Resistance is futile. Thanks to @tyler_gaddey for the video of this early Porg spotting! #thelastjedi#porgs#starwarsblackseries#porg#furby#starwars

Time will tell if these characters will be as adored by audiences watching The Last Jedi as they are now (with some worried that they’re at risk of being the new Ewoks), but for now, let’s just bask in how cute these things are. Awwwwww.

Someone on Reddit found an eBay listing which shows an image of the back of the box: 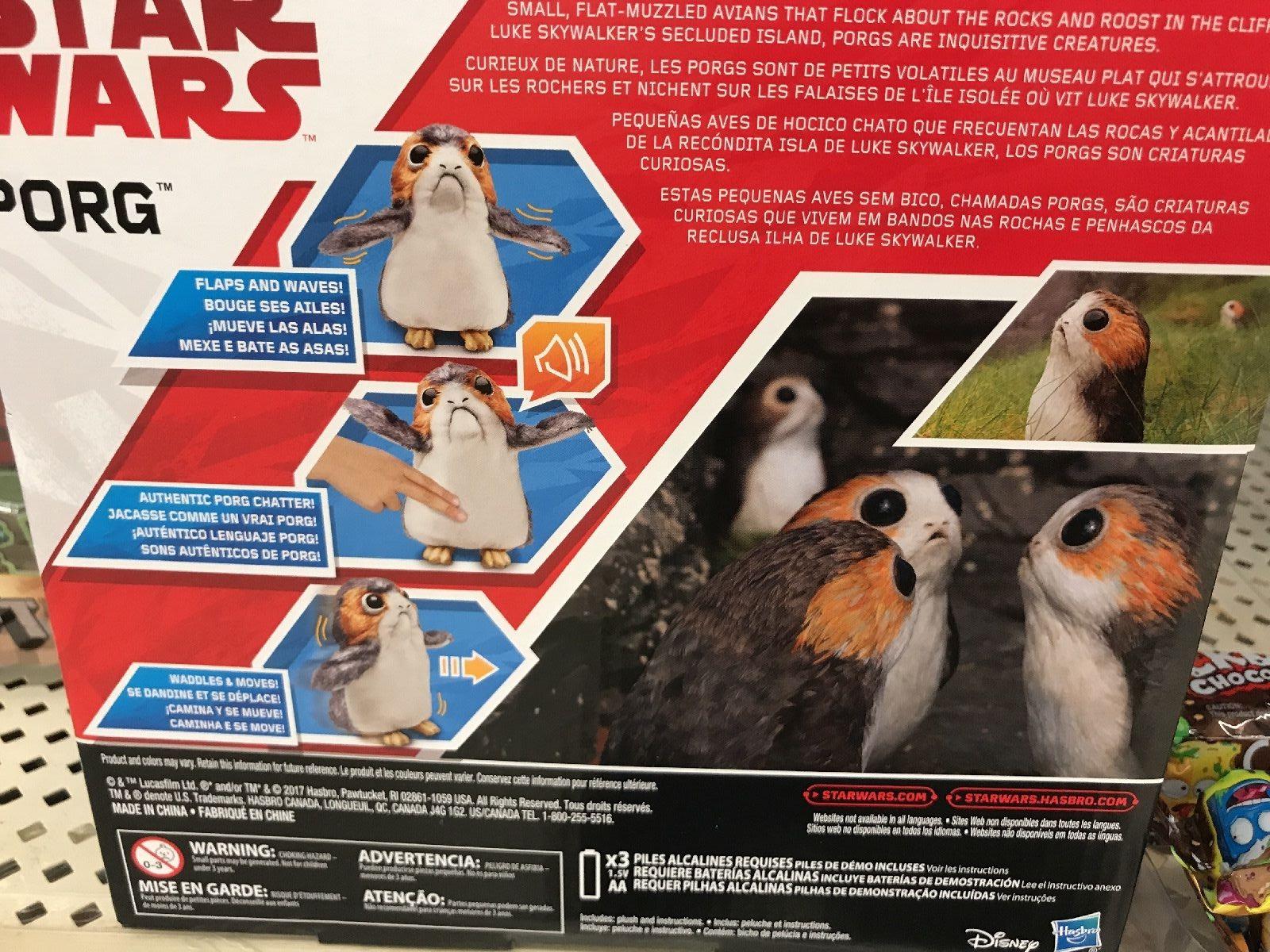 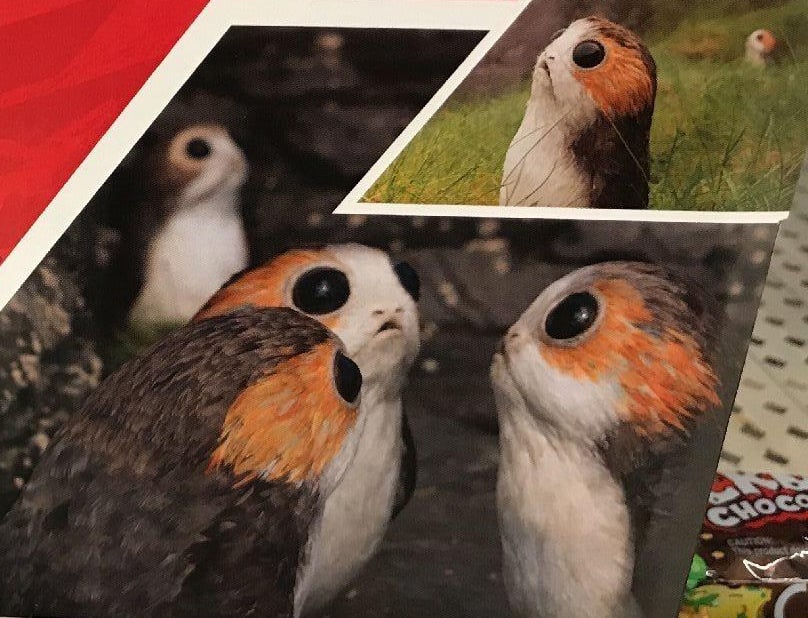