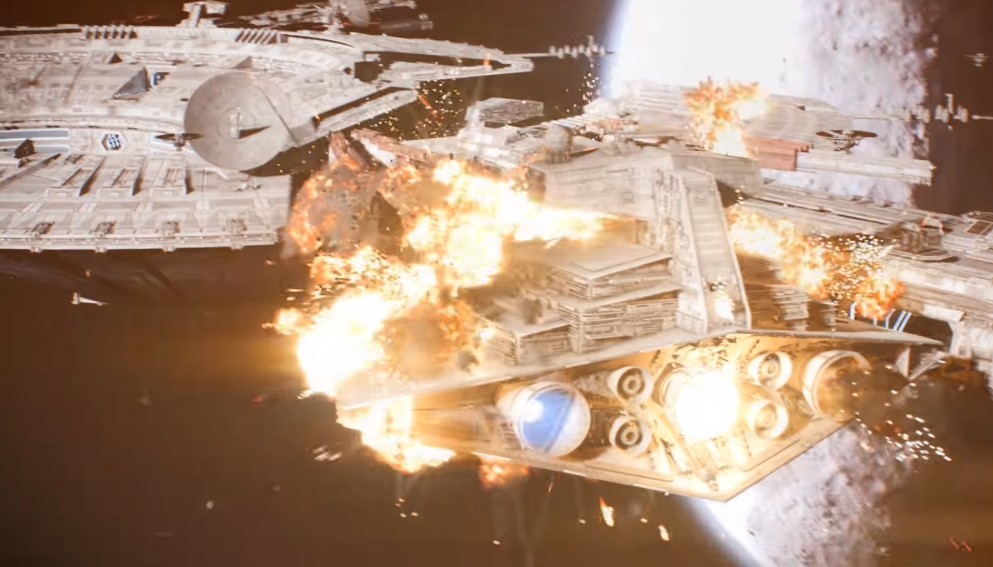 A TV spot that appears to be an abridged version of the upcoming Star Wars Battlefront II trailer at Gamescom has popped up, heavily emphasizing the game’s space battles.

The clip actually shows us quite a bit – we now know that Kylo Ren’s TIE silencer, Poe Dameron and Luke Skywalker’s X-wings, Boba (and/or Jango) Fett’s Slave I, Yoda’s Jedi starfighter, and Darth Maul’s Scimitar will be playable alongside Han Solo and Chewbacca’s Millennium Falcon. DICE have suggested that the content at launch will skew a little toward the OT side over the PT and ST (understandable, given that they’re reusing Battlefront I‘s assets), but from the looks of things, everything gets a good amount of representation at launch.