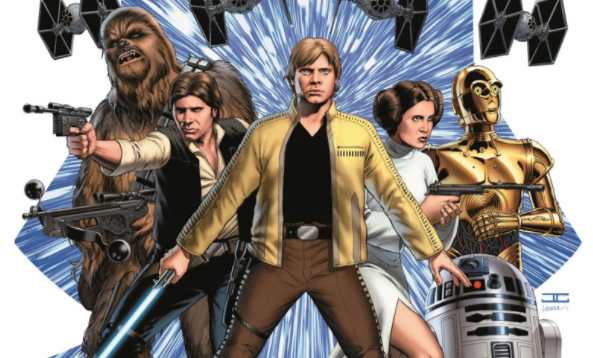 StarWars.com has just announced that a new creative team will be taking the reins of the flagship Star Wars comic series this fall with Star Wars #38. Jason Aaron, who has been the writer since the series debut, will be exiting the series, and Kieron Gillen will be once again teaming up with artist Salvador Larroca, whom he previously collaborated with on the critically-acclaimed Darth Vader series.

“My aim’s simple – to do what Salva and I did with Darth Vader, but for Leia, Luke and Han. As in, chart the rise and fall of the Rebellion between A New Hope and the Empire Strikes Back, how it changes them all and how it changes the universe,” said Gillen. “So a simple aim, but as nightmarishly tricky to pull off as dropping a proton torpedo down a thermal exhaust port. But hopefully as thrilling if we pull it off. I can’t wait till you see it up. First up: the post-apocalyptic hell that remains of Jedha after the Death Star punched a hole through its mantle.”

Check out the sneak peek at the cover art for Star Wars #38 by David Marquez: 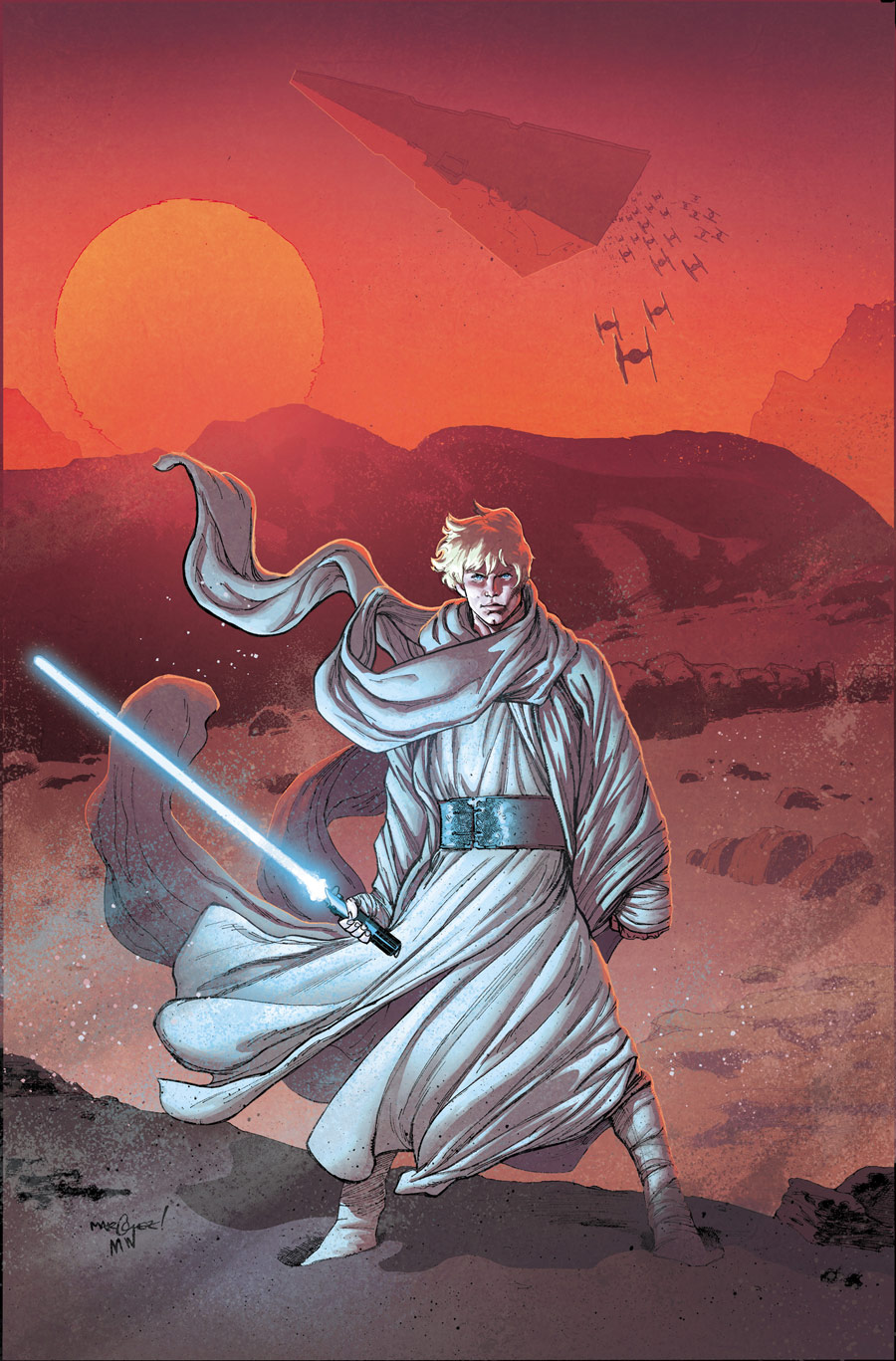 If there is any writer who could fill Aaron’s shoes, it’s Gillen, who is currently writing Star Wars: Doctor Aphra for Marvel as well. No explanation was given for Aaron’s exit, but after leaving Doctor Strange in February, his presence is diminishing a little bit at Marvel, with The Mighty Thor his only ongoing title for the publisher.

Aaron continues his work on Southern Bastards for Image Comics as well. Maybe he is cooking up something else for Marvel that has not yet been announced, or perhaps he is taking time off to focus on other things. It is also possible that by issue #38, Aaron will have completed the story he wanted to tell in the Star Wars universe and is just ready to move on.

From the article on StarWars.com, it seems that Gillen will be continuing the current timeline of Aaron’s story (though I admittedly was hoping for a time jump to post-TESB/pre-ROTJ), with Luke taking a trip to Jedha. What secrets will he find there? What mysteries lie in the detritus of the Kyber Temple? I guess we’ll have to wait until this fall to find out. Until next time, happy reading comic fans!