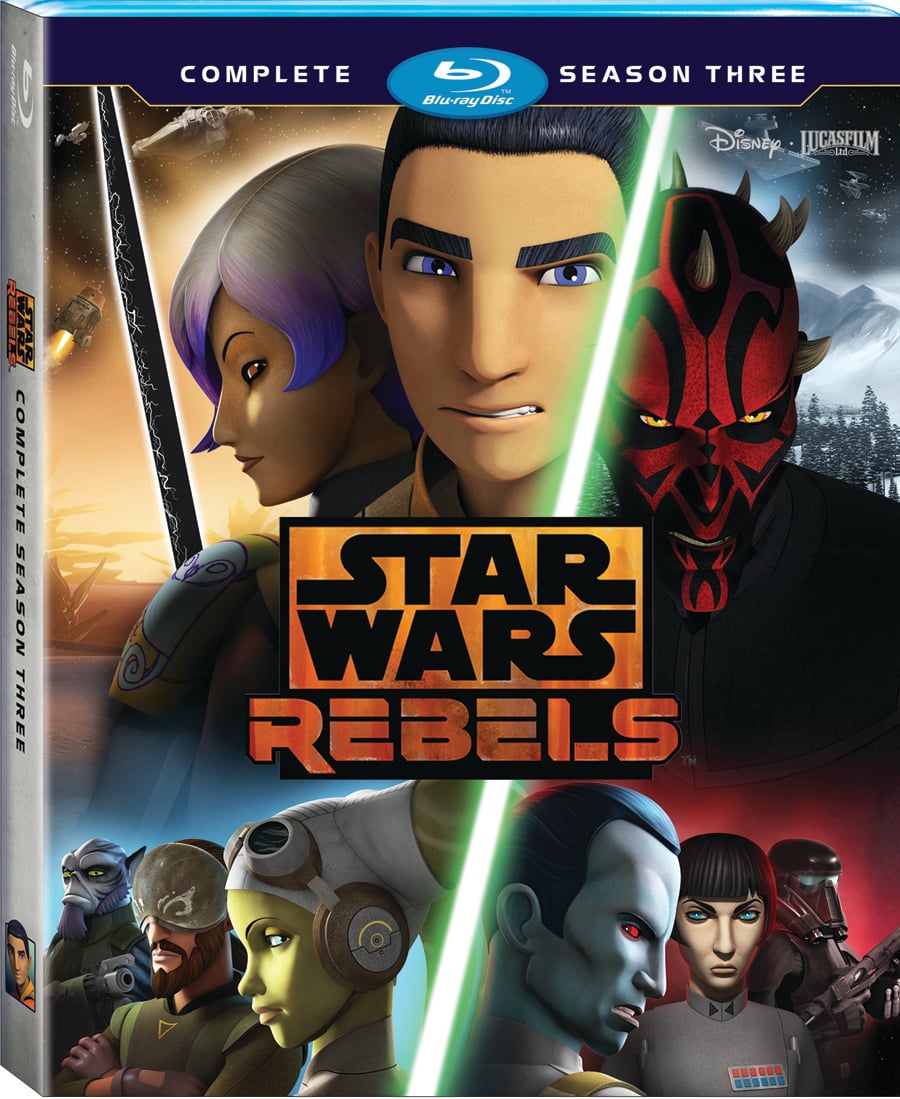 Just a few minutes ago The Star Wars Show revealed that season 3 of Star Wars: Rebels will be available on Blu-ray and DVD on August 29th. Now Disney revealed more details on the release, including bonus features and other extras. Check them out.

The Ghost crew is on a collision course with destiny as the action brings them closer to Rogue One and the original Star Wars trilogy in Star Wars Rebels: Complete Season Three, available on Blu-ray™ and DVD August 29th

Star Wars Rebels: Complete Season Three delivers all 22 action-packed episodes of the hit CG animated series’ third season, plus exclusive, never-before-seen bonus material on Blu-ray™ and DVD! The story threads begin to tighten in this thrilling season of Star Wars Rebels, drawing connections to The Clone Wars, Rogue One and the original Star Wars trilogy into the series’ epic storyline. Available August 29, Star Wars Rebels: Complete Season Three delivers some of the most critically-acclaimed Star Wars storytelling to date, with engaging characters, harrowing conflicts, and spectacular space battles on par with those seen in the films.

Having established a secret base on Atollon, the Ghost crew, now led by a more powerful Ezra, strengthens the Rebel fleet by acquiring new resources and recruits eager to stand against the Empire.  However, the Imperial efforts to eliminate the Rebellion are now being led by the coldly analytical Grand Admiral Thrawn, whose strategic, tactical and cultural insights make him a threat unlike any they have faced before. Ezra and Sabine must take on new roles and challenges as the Rebels prepare for their biggest mission yet – a direct assault on the Empire.

Featuring the voices of Freddie Prinze Jr. (“I Know What You Did Last Summer”) as Kanan, Vanessa Marshall (TV’s “Young Justice”) as Hera, Steve Blum (“The Boxtrolls,” “Cowboy Bebop”) as Zeb, Tiya Sircar (“The Good Place,” “Master of None”) as Sabine, Taylor Gray (TV’s “Bucket and Skinner’s Epic Adventures”) as Ezra, Dee Bradley Baker (“American Dad,” “Phineas and Ferb”) as Captain Rex and David Oyelowo (“Selma” and “The Butler”) as Agent Kallus.