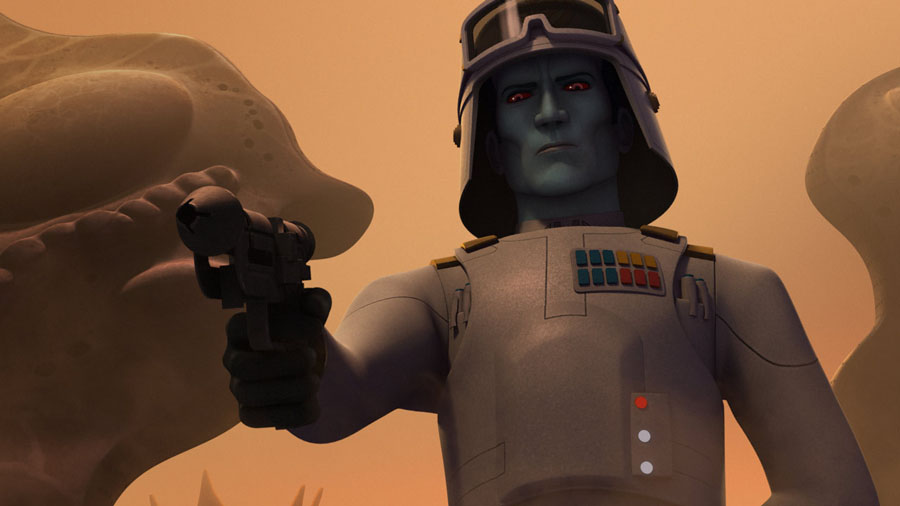 The Clone Wars and Star Wars Rebels have become incredibly instrumental parts of canon over the past few years. Both shows provide a lot of extra context to two periods of time that we had little idea of what was going on in the galaxy at the time. At the head of both of these terrific shows is the apprentice of George Lucas himself, Dave Filoni. With season three ending a mere four days ago Eric Goldman at IGN had the opportunity to sit down and talk to him about the latest season, as well as other loose ends in other seasons. It’s one of the most expansive and informative interviews Filoni has ever given on the series so strap in.

The first thing the two discussed at length was Agent Kallus, his arc in the show and the growth that we saw from him this season. It was such an interesting turn for his character and Filoni talks about planting the seeds for him in The Honorable Ones from season two saying:

“I think it was always a plan from the very beginning that Kallus would probably turn. We had a little debate back and forth. It was a bit challenging at first because in a way he almost comes across in the first season as the bad inspector that you would see in so many programs. But I think the turning point was when we did the Enemy Mine homage with Kallus and Zeb on the ice planet. Because you have to look at Kallus and say, well, I’m thinking like the Rebels that he’s just a villain.. But what is he as a person? What is his life like? He’s old enough to have been around prior to the Empire crossing over into the Clone Wars. What experience does he have? We tried to tell the story that perhaps even Zeb is misunderstanding who Kallus is. They’re accusing each other of doing terrible things but they’ve both done terrible things and good things. So that was an interesting episode to try to bring Kallus out into the open and say he doesn’t have what the Rebels have. He doesn’t have anyone supporting him. He’s sort of a loner for the empire.” 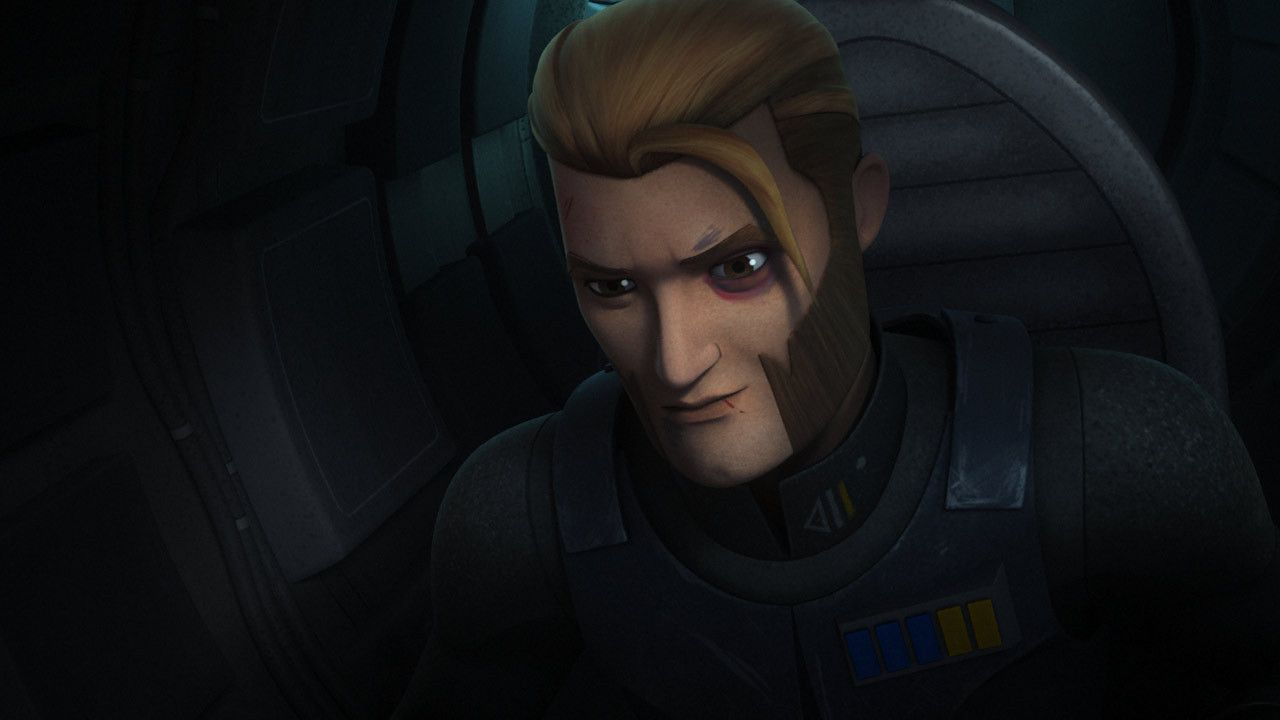 “Once you say we’re going to turn him and he’s going to act as a Fulcrum, there is a debate about, “Do we kill him or should he make it out.. Should we kill him off?” But it didn’t feel right. It would be pretty sad that this guy that was a bad guy actually turning into perhaps a good guy…

Why should he pay a price for that good thought? That didn’t seem like it would be communicating the right story point. You have to be careful now because a lot of people think in storytelling, “We’re going to do what’s not typical and we’re going to go against the grain!” But if the purpose of doing that is because we’ve never seen it before or to be sensational, why are you telling that story? What’s the benefit to killing him off? It would communicate the message that he tried to change and he died and nothing came of it. You’d have to have a purpose for his death. It’s kind of a long answer but it felt like his character could serve more in the future, in a positive way, especially for the viewers watching.”

One of the biggest stories from the past season was the inclusion of the old Legends character, Grand Admiral Thrawn and making him a part of the new canon. Finding the right person, as well as nailing his characterization were an incredibly taunting task and not one that the Rebels team took lightly.

“You want the most legendary bad guys to come in but you can’t have them exist solely on reputation. You have to consider the people that have never read the books or have no idea who Thrawn is. We have to prove to them when they watch the show that Thrawn is a great threat and a great commander. We did that well with Vader, but we did that by incredibly limiting him in his appearances. Now, it paid off, I think, in the end with how we used Vader. With Thrawn, there’s at the beginning, a greater conceit that he’s going to be the primary villain this season. And we kind of pushed Maul more into that shadowy guy that we don’t want to interact with as much because then we have to reveal more about him. What works with Thrawn is that Thrawn is willing to be patient. He’s willing to observe and I think it actually still fits his character. It’s not strange to say that Thrawn would use a situation where he’s caught Hera Syndulla to learn more about her so he can catch more than just her in the future. So we were able to use it to our advantage even though I think fans are always aching for a victory from him. If I had the scale and scope to do it, it’d be great to show side battles that Thrawn is probably winning against other Rebel threats and Rebel cells. Hopefully we can cover that in other material or comics or books somewhere so you’re getting a better view of the character now that he’s in play .” 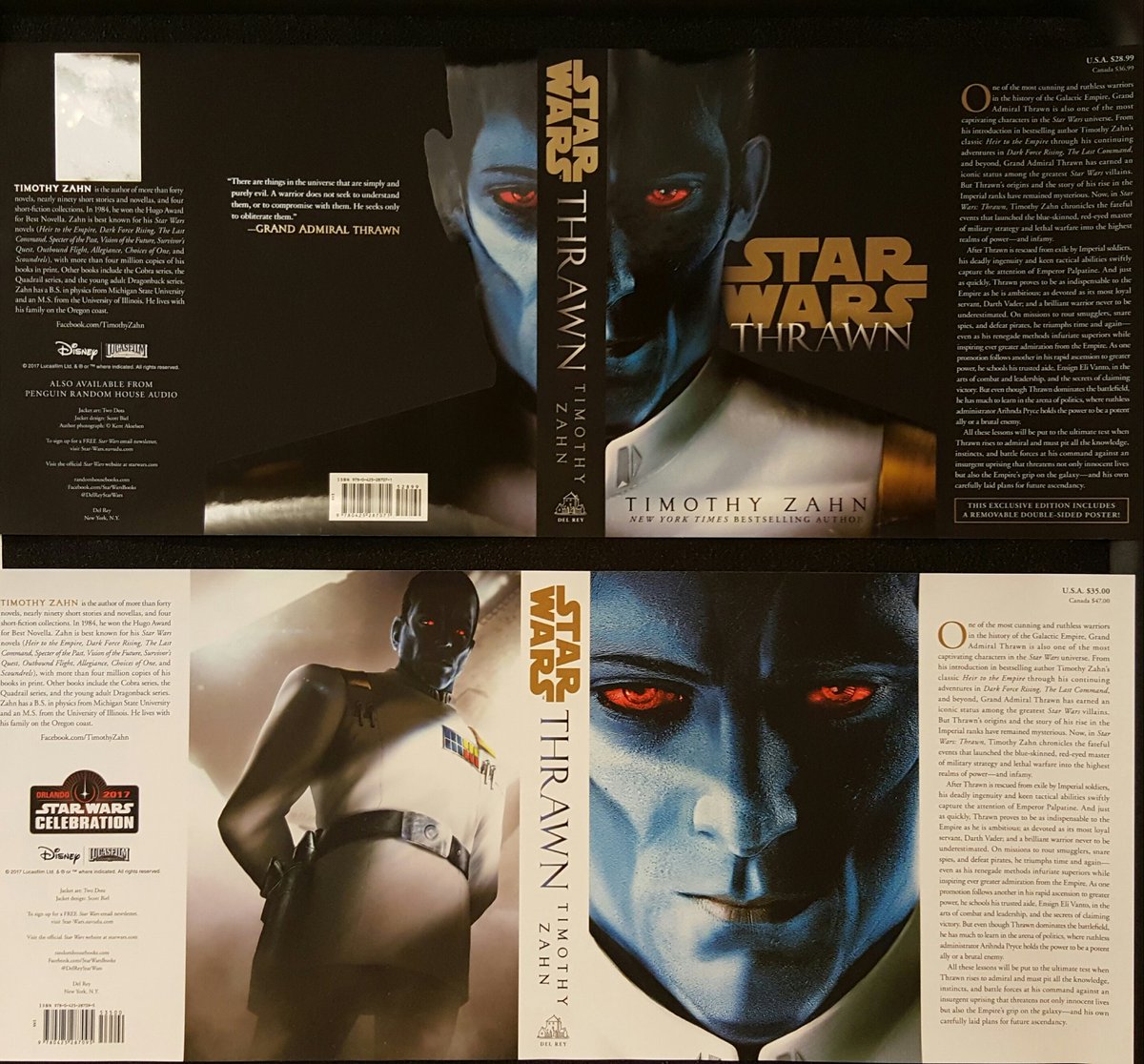 I never read any of the classic Timothy Zahn novels that Thrawn first appeared in, but I can understand just how difficult bringing him to life can be. I feel that based on what I’ve read and heard from fans, this version that we get from Rebels has been consistent with who Thrawn was in those novels, and we’ll continue to watch his depiction with great interest.

There is obviously a large connection between both The Clone Wars and Rebels, and we saw those connections throughout the season and especially in “Voices and Visions” which had storylines connected to Darth Maul and the Nightsisters. Bringing those stories together goes a long way in showing that this is a big and lived in universe, and he talks about the decision making process in bringing the two together.

“Yeah, I guess I was trained to think of it all as the same anyway. So it’s a little easier for me because I know those elements. I mean it is cool but I don’t think of that as much as… I was there when George [Lucas] and I talked about the Nightsisters so I know how they work and I can be very sure in my footing of what I’m doing with that. I was there with the Darksaber’s creation so I can be sure that this is where you go. When there’s other stuff that’s been passed down to me, like say using Obi-Wan Kenobi, I have to be more cautious because I’m basing it on conversations and concepts and things that I’ve learned and heard over the years. But I feel tremendous responsibility to get it right. I wasn’t the person defining that character at all. That was George always. Though I contributed a lot to younger Obi-Wan Kenobi in the Clone Wars, I had George there to help guide the character and make sure I got it right. It’s just a different way of looking at it. The responsibility to keep this all consistent and in continuity to Star Wars is there now and everything, but when it’s a character like Maul who I had a very big hand in bringing back, I can be a lot more sure with how the story is going to go because I work off of concepts and ideas that I was working on in Clone Wars with George. So I feel very good about those things and other things, as we go forward the dynamic changes. That’s fine. It is interesting and I’m just confident that I can get things in the place I know they need to be for the story and characters and Star Wars.

I’m glad people like those characters enough to want to keep seeing them, like the Nightsisters. Nothing points to me any bigger than that than Ahsoka. Everywhere I go now they ask about her. They’re worried about her. “Is she dead? Is she alive? What does the owl mean?” It’s fascinating to me because I think in that example is the future of Star Wars for me, which is a character becoming so popular in the minds of fans that had nothing to do with the original trilogy. But her strength isn’t just who she is as a character, it’s also that she has a connection to those characters and that adds depth to her and it helps her story. We try to do that in some way when we cross over with characters in Rebels. Even with Thrawn, it was a big responsibility to bring that character to the screen for the first time. Just getting his voice right, trying to imagine what everyone else imagines is tricky. I think Lars [Mikkelsen] is perfect for the role and fans seem to agree. I think if you ask me in the next decade, I’ll say it’s more cool but I don’t sit in that mind set. I love what I do and I love the responsibility of it and I respect that responsibility.” 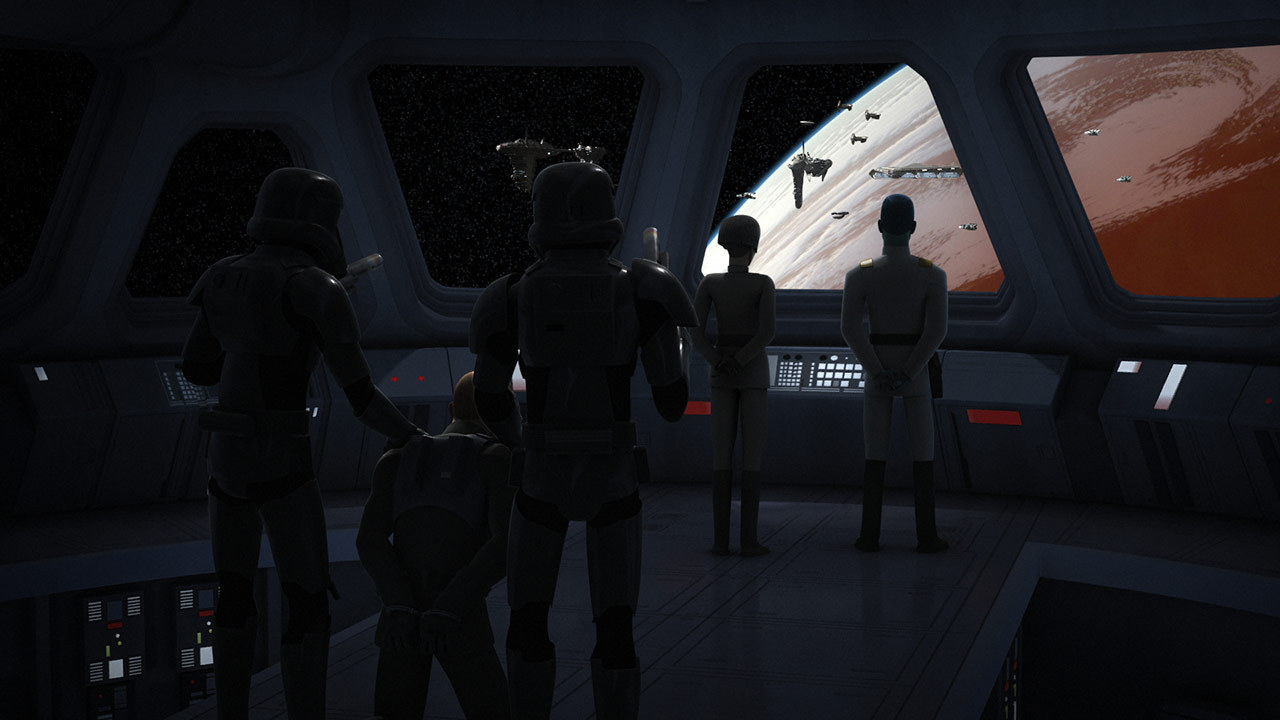 Finally he talks a lot more about the original plan for Darth Maul in Rebels and how he feels about how his story ended in Rebels. The original plan was to have Darth Vader kill him in the season two finale and at the last minute changed their mind and why they felt it was so important for Obi-Wan to be the one to finish his arc.

“I think we all felt that it was always appropriate for Obi-Wan to do this. The truth of the matter is besides it being visually interesting to see Vader fight Maul, they don’t really have a lot of relation as characters. Maul doesn’t really deal with Anakin in any way.”

He goes on to talk about how they thought of doing some story elements where Maul was jealous about how he was where he used to be, at Palpatine’s side. It just made more sense for Kenobi to do it because there was no real connection between Maul and Vader.

“I felt like Maul was searching for something in that he knew that his life changed in that moment when Obi-Wan cut him in half……..

it’s a pretty clear moment. [Laughs] It’s not a vague moment. I think for me, it just all comes down to the difference between Maul and Obi-Wan. I tried to create a lot of visual parallels in the episode between the way Qui-Gon dies and then Maul dies, both in Obi-Wan’s arms. I wanted to create a lot of similarities in the way the fight happened and the way Obi-Wan beats Maul. I felt that with Maul, any moment that he parries Obi-Wan is saying that he’s as good as Obi-Wan and I don’t think that’s true. I don’t think Maul ever accepted a path of selflessness and enlightenment and in the end, never getting over his need for revenge, and his anger and the way his life worked out is what undid him. And I firmly believe that Obi-Wan, if left to his own devices, would not have killed Maul if he didn’t have to.”

On the whole I agree with what Filoni has to say about Maul and I’m very happy they didn’t kill him last season. There’s just too much intrigue and unresolved tension between Maul and Obi-Wan to not explore that further.

The whole interview is actually pretty long and once again Filoni is a true fan and master of canon and Rebels. The entire interview can be found here, give it a read!