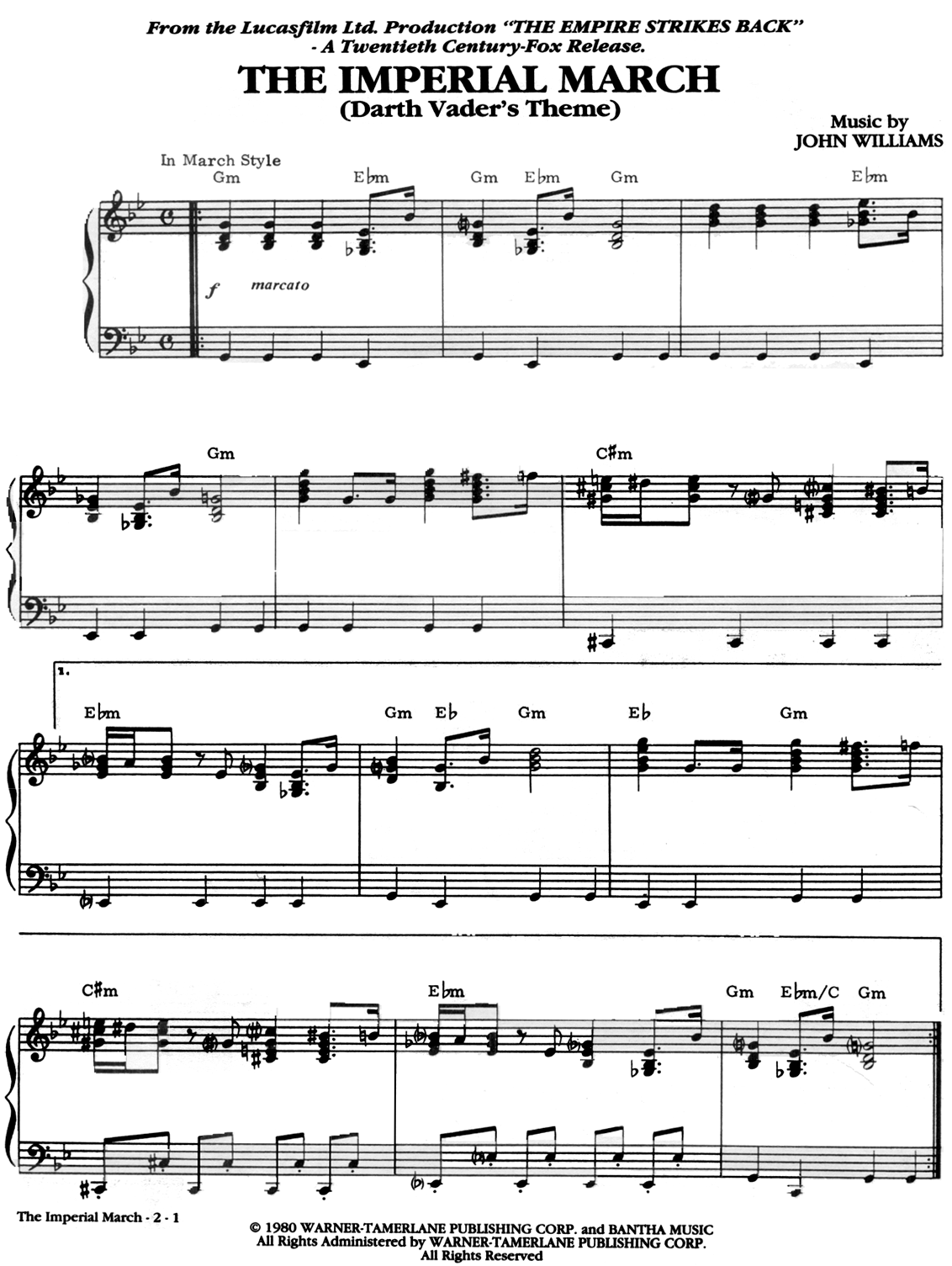 The Imperial March could be heard prominently at the end of Darth Vader’s last scene in Rogue One: A Star Wars Story, but fans have just discovered that an Easter Egg in the soundtrack that cleverly sneaks the opening part of the iconic theme right by us.

Spoilers ahead! (Seriously, though – the movie’s a month old and we’re talking about a specific moment in the soundtrack that corresponds to footage seen in the movie. This is kind of a given at this point.)

If you listen to the portion of “Hope” that plays when Darth Vader has the Rebels cornered, you might notice a few familiar-sounding notes thrown into what seems like a completely new composition. However, if you play the song at double the tempo, it becomes clear that a portion of Darth Vader’s signature leitmotif was included as the basis for that portion of the composition. Twitter user @bobbyrobertsspdx (hat tip user Cyborgcommando0 of Reddit, via ComicBook.com) has uploaded a short video that helps showcase the notes that are played through the choir, strings, and horns – alongside playing the theme alongside the iconic John Williams composition:

I should also note that Frank Lehman of Musicology Now also made this observation a few days ago, although it did not get picked up by any major outlet. Still, this is a really cool Easter Egg, and we can only hope that if Michael Giacchino sticks around to compose any of the other Star Wars movies, then he keeps applying this same attention to detail to future compositions.