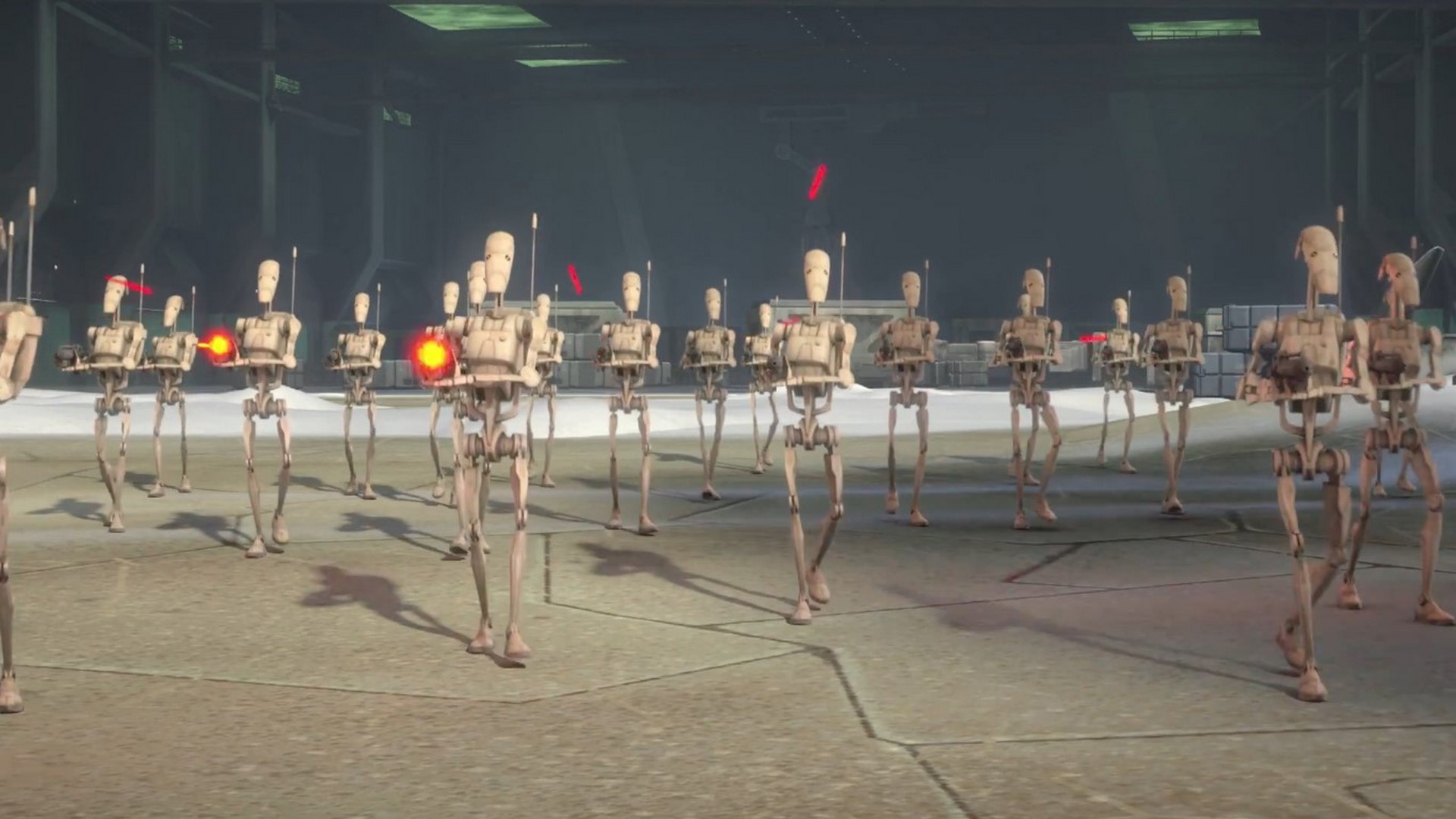 In a new clip of the next episode of Star Wars Rebels, a pocket of Battle Droids that evaded shut-down protocols have captured Rex, Kanan, and Ezra, and plan to leave them alive for long enough to get to fight a battle that will truly “end” the Clone Wars in their eyes.

“The Last Battle” airs October 22. We’ll be sure to keep you up to date with a review of the episode once it arrives.