Daisy Ridley Says We Will Find Out About Rey’s Lineage in Star Wars: Episode VIII 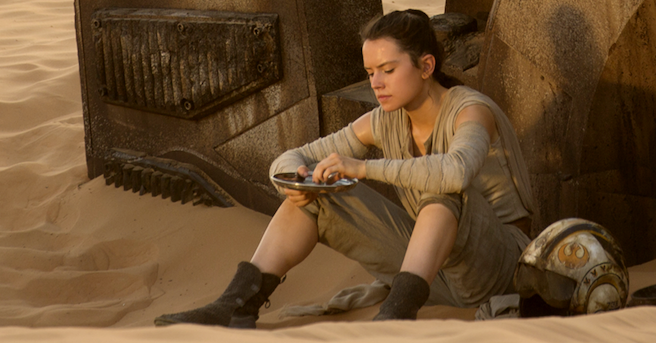 The biggest question that the fans had immediately after the end credits of Star Wars: The Force Awakens was: “who are Rey’s parents?”. Since then the internet was overwhelmed with all kinds of theories and speculations – from her being a Skywalker, a Solo, a relative of Obi-Wan and even Emperor Palpatine himself. Yesterday, Daisy Ridley briefly spoke about Rey and revealed when we might find the answer to that burning question. Read on for the details.

During the past year after the release of The Force Awakens, based on many interviews with cast and crew, many people suggested that we might not find the answer to that question in Episode VIII, speculating that the big reveal might be saved for Collin Trevorrow’s closing chapter of the Sequel Trilogy.

In a new interview, Daisy Ridley pretty much confirmed that we will find out the answer to that question in Rian Johnson’s take on the galaxy far, far away. Ridley was promoting the new documentary The Eagle Huntress, which she narrates and produces, when she spoke about that (via Vulture). 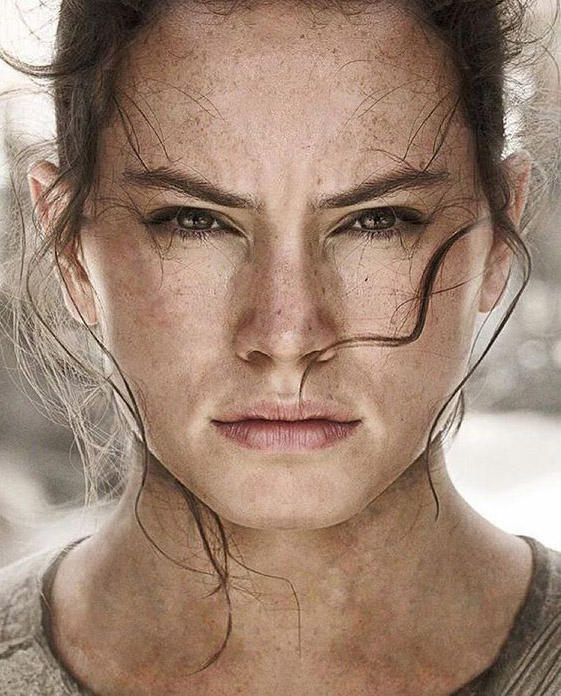 First Daisy shared her excitement about the upcoming release of Rogue One: A Star Wars Story.

Ridley revealed that she hasn’t been following the fan theories about her lineage very closely. When asked by Vulture if Jyn Erso from Rogue One was Rey’s mother, she said:

“I mean, I think historically it wouldn’t work, because she is … Darth Vader is there … so she would ultimately be my great-grandma; no, she would be my grandma. I mean it could happen, especially in a galaxy far, far away.”

We actually already know that Jyn and Rey are not related. It was revealed by Lucafilm’s Story Group member Pablo Hidalgo. 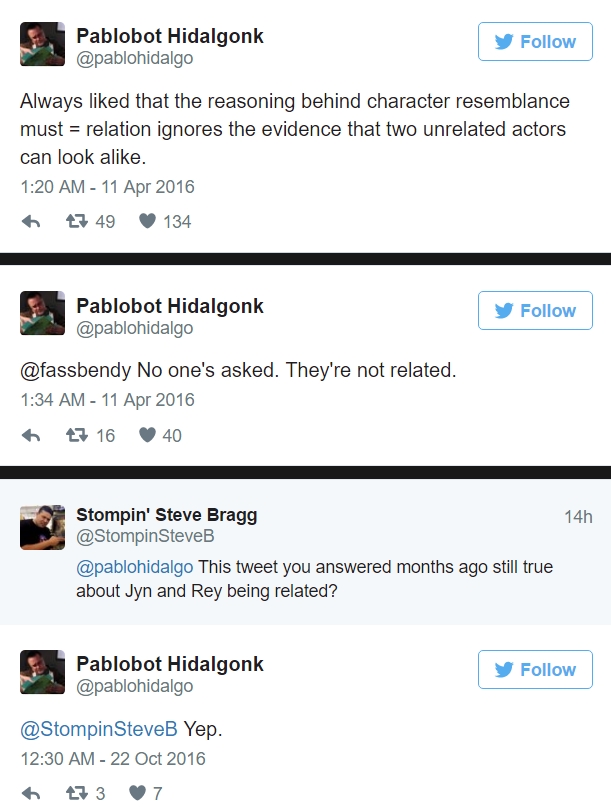 When asked about another popular theory, Daisy remained coy and said that we should just sit tight for one more year to find out about her lineage.

Another possibility is that Rey is related to Obi-Wan Kenobi. This theory is supported by her Kenobi-like costume, dexterity with Jedi mind tricks, and love of solitude. What does she think about that? “We will see in a year,” Ridley said. “Just sit tight on that question.”

So it appears that we won’t have to wait for Episode IX to find out the answer about Rey’s parents. Which theory do you like the most? Who are Rey’s parents? Who left her on Jakku in the hands of the local crime lord? Tell us what you think in the comments below.