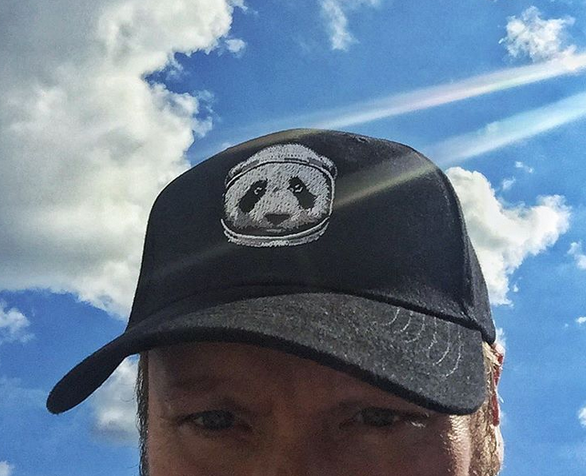 The Star Wars: Episode VIII filming is in its final days of filming, and there was an increased activity on Twitter with all kinds of exchanges between cast and crew. Read on for more from Rian Johnson, Mark Hamill, John Boyega, Pablo Hidalgo and more…

First some cool tweets from Episode VIII director Rian Johnson. He’s been very active in the last few days. Obviously filming is almost done. It’s nice to see the cast and crew are all in high spirits.

This is the gif quoted in the tweet above:

Isn’t it a bit late to get the first embroidered apparel for Episode VIII at the end of filming?

His thoughts on The Force Awakens:

@evetssteve10 have I? I don't think I have. I thought it was great.

Lots of hugging is going to happen during the closing panel at Star Wars Celebration Europe. 🙂

Twitter-Exclusive Spoiler: On this panel, Pablo's gonna get hugged. BY ME. https://t.co/bPZ6mVF6dg

And now some cool images posted by Rian on Instagram:

The last two images seem to imply that Episode VIII has almost wrapped filming. If so we can expect an official statement very soon.

John Boyega and Oscar Isaac have both become Oscar voters!

Always a blessing to be one of the many Oscar voters that will hopefully spark change. Big thanks! #classof2016 pic.twitter.com/IeElJWI0EB

He still finds time to appear on stage as well!

Back to the stage I go pic.twitter.com/s2PsMX0yHI

Is it too bold to assume there will be a scene in Episode VIII featuring Finn, Ren and Poe? Who knows…

A funny exchange between Boyega and Hamill:

@HamillHimself you have any grapes left in your trailer? I'm out.

You get a TRAILER? I got a packing-crate behind the dumpster. Will keep my eyes peeled for grapes, though. xoxo-mh https://t.co/uKRSV08wJs

I finally deliver and you're not home. Please visit me behind the dumpster, GRAPES PARTY!!! @JohnBoyega pic.twitter.com/q1Aq2wBAZB

Congratulations @JohnBoyega for becoming an Academy member! Did they send you the gift basket with the free grapes? https://t.co/p8tHVz9ltv

Hasbro unveils two new figures that will be exclusive to Star Wars Celebration and SDCC.

For Star Wars Celebration we get a 6-inch Black Series Kylo Ren together with the melted Vader’s helmet.

For SDCC we get 6-inch Black Series Obi-Wan Kenobi together with Princess Leia’s hologram.

The guys from Promo Bricks uncovered the new 2016 LEGO catalogue with all upcoming sets. They even have a nice placeholder ad for Rogue One. 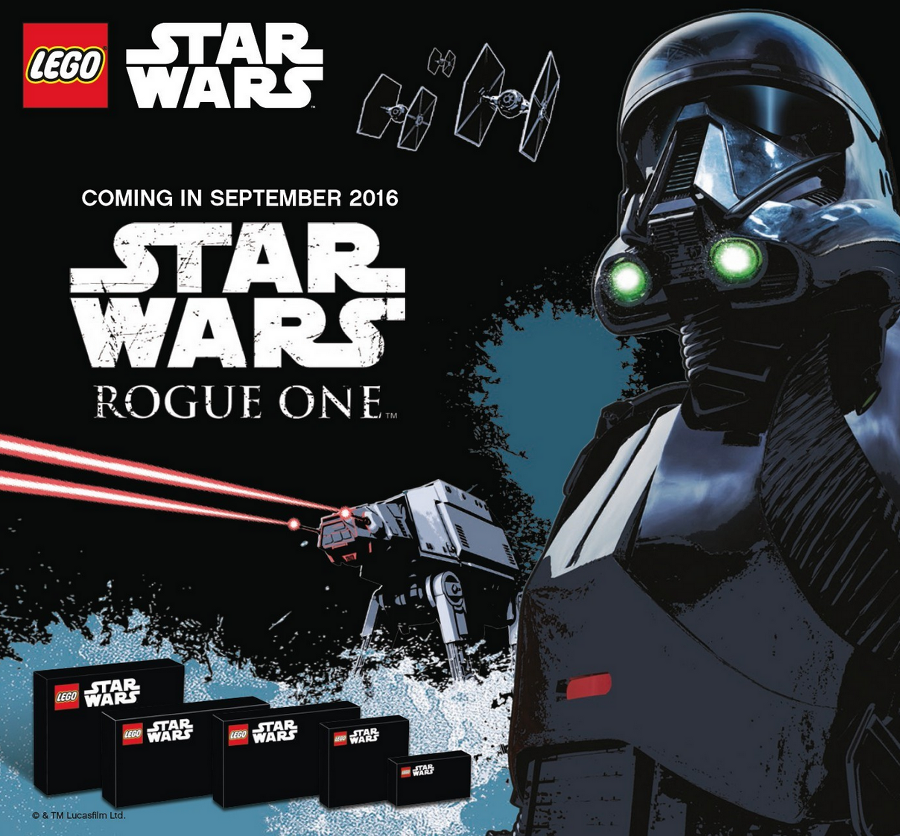 @RebeccaJill13 Sam can think anything he wants. Who am I to argue? 🙂

There is an all-new Cinestory Comic on Star Wars: Rebels that includes three episodes of adventure in comic-style screen captures from season one.

As you probably remember back in 2014 LFL Story Group’s Leland Chee posted the chronological order of all Star Wars: The Clone Wars episodes, and it looked like this:

It’s indeed nice to have everything clean and tidy with Rebels and all new upcoming Star Wars TV shows.

After months of controversy George Lucas announced that he is abandoning plans to build a museum showcasing his art collection in Chicago. Now Lucas will be trying to build the museum in California.

And now some new revelations from Pablo Hidalgo.

On the Arndt script: 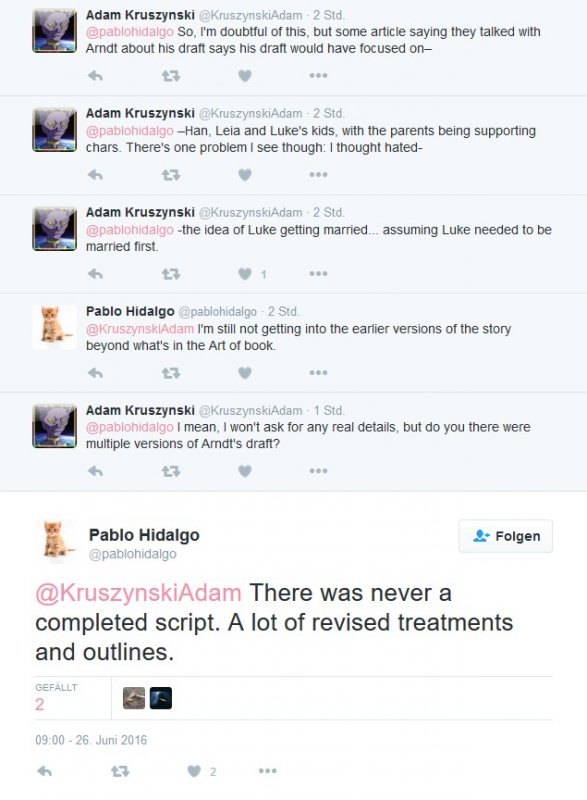 On the Old Republic: 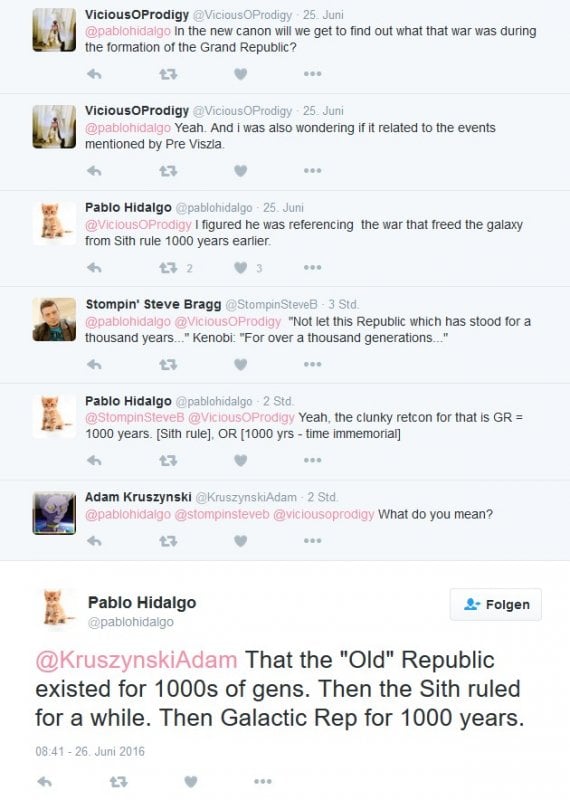 On the status of the Rogue One Ultimate Visual Guide:

Been asked this a couple of times. The Rogue One Ultimate Visual Guide isn't cancelled. I'm working on it right now.

And as a follow up – nothing from the interior of this book is online. Layouts have only just started coming in.

On why Genndy Tartakowsky’s Clone Wars is not canon:

@pablohidalgo Is there any specific reason why this series isn't canon anymore? It gives a great intro into ep.III pic.twitter.com/rMBQnI2fZw

On if Lucas wrote a script for Episode VII:

@pablohidalgo Do you think, one day, LucasFilm will release the script of Ep VII from George Lucas ? Thanks for answer 🙂

Pablo is part of a new cool looking 3D story: Be a Pilot in 3D!

Got my author samples in today of Be a Pilot (in 3D) featuring cool 3D art by @christrevas and @Chris_Reiff pic.twitter.com/FAXsHBz6LM

On the Anakin force ghost idea from The Force Awakens:

@Last_Pariahs @nicbam14 @KristianHarloff the visualists were encouraged to draw anything that came to mind. Like brainstorming.

On a particularly “dumb” theory:

@Yazman That line has to do with the story of The Force Awakens. It is a very dumb theory.

Pablo was part of the new book locations:

News! Another book I worked on: Year by Year, Updated Edition from @dkpublishing which takes us through 2016. https://t.co/JreHN9Nf8M

You can read more on that book at StarWars.com:

These new books from @dkpublishing take you back to the future of a galaxy far, far away… https://t.co/NzeOwbsx0Q pic.twitter.com/hSXtBbMHog

Pablo’s updated Celebration schedule. It really makes you wonder if they will show anything Han Solo related during that closing ceremony with Chris Miller and Phil Lord?