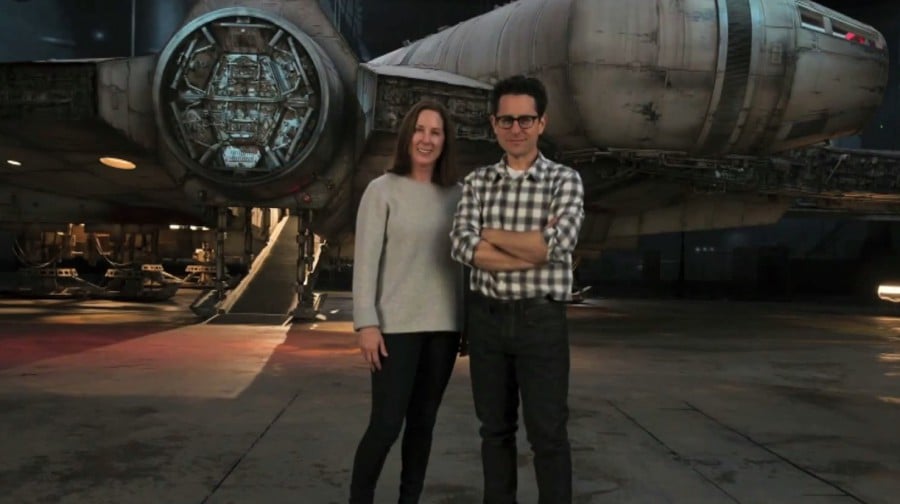 The Costco Connecton magazine has a very extensive article about Star Wars in their October issue. They also managed to interview Lucasfilm President Kathleen Kennedy, who talked about LFL’s Story Group, George Lucas, and what’s the focus of the new Sequel Trilogy and Anthology films. Read on for the full details…

On the Lucasfilm Story Group:

“There are people in this company who are like walking encyclopedias,” she explains. “So I immersed myself initially by sitting down with many of them to just talk about what it was we were going to begin to do. And I had George at my beck and call for almost six months. And he did say to me, ‘You know, so much is in my head.’ So I spent as much time as I could just picking his brain and asking him questions and really just trying to understand fundamentally what the values were that George personally brought to Star Wars.”

“The first thing I thought about when I stepped into Lucasfilm was there was such a variety of content being created. Whether it was a movie or a game, electronic publishing or theme parks,” she says. “And because everything circles the universe of Star Wars it felt to me like the most important thing was to create some kind of institutional knowledge inside the company that would allow for a very organic exchange of ideas and an understanding of what everybody else was doing and how it might connect.”

On the Sequel Trilogy and the Anthology movies:

Two types of Star Wars projects are being planned, which Kennedy has labeled “Saga” and “Anthology.”

“The Saga films focus on the Skywalker family saga,” she explains. “The stories follow a linear narrative that connects to the previous six films. The Force Awakens follows Return of the Jedi and continues that generational story. The Anthology films offer opportunities to explore fresh characters, new storylines and a variety of genres inside the Star Wars universe.” 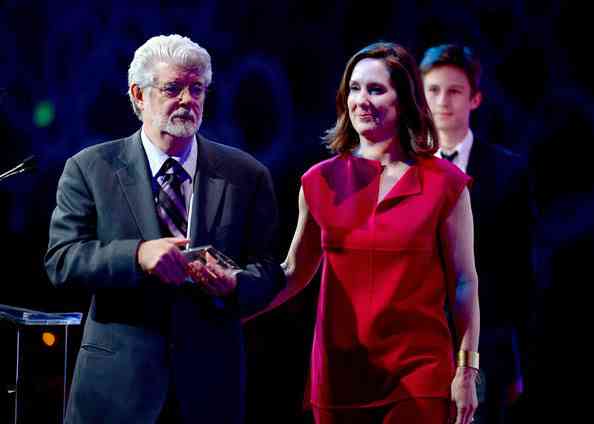 “What George was trying to explore in his storytelling, [everyone involved, from the Lucasfilm staff to the individual artists is] equally interested in exploring,” she maintains. “And then they bring their own personal point of view to it and their own personal passion. Because if you don’t have that, then the decisions you’re making along the way aren’t authentic. So that’s why it lasted, and I hope that that’s why it will continue to last, because that’s the important piece that we are trying to carry on: the legacy that George created.” C

For the full interview go to CostcoConnection

The most interesting info from the interview is the statement that the saga films focus on the Skywalker family. That is what George Lucas was also saying multiple times in the past. It’s hard to imagine that the Skywalker line will end with Luke and Leia. There has to be a new Skywalker in the new trilogy, and it’s a no brainer. There are lots of speculations on who might that be, but we wanted to mention something that Cantina member Yoda 2 shared with us.

First of all Yoda 2 is the Cantina member who knew the name of the desert planet to be Jakku long before the official announcement. Now the same source told him without any further explanations that Rey is Luke’s daughter. Of course this possibility has been discussed before, but hearing this from a credible source gives much more weight. Of course this doesn’t mean that this guy is certainly right again, but it’s a good food for thought.

What do you think? Who will be the Skywalker of the Sequel Trilogy? You can vote in the form below: