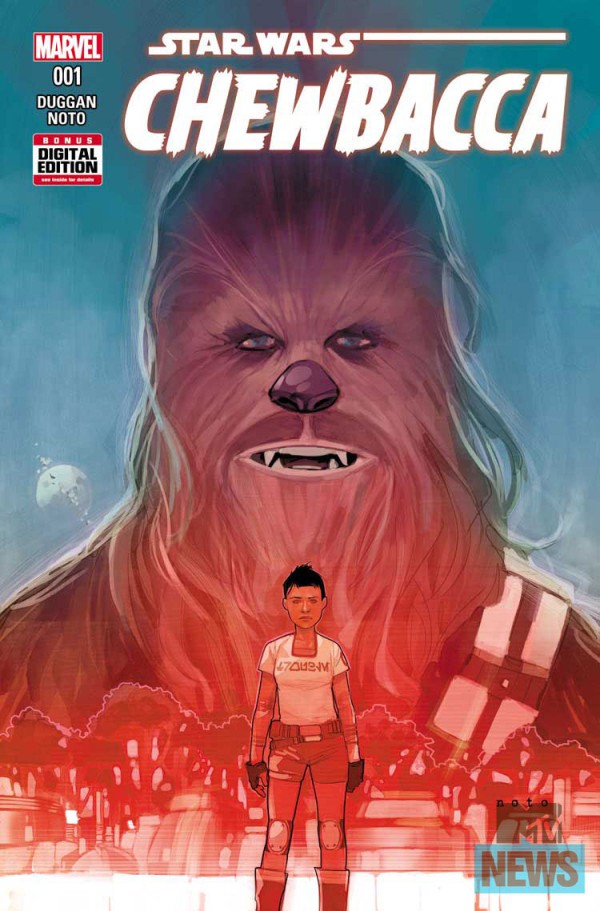 First there was Darth Vader. Then came Princess Leia, Kanan, and Lando as Marvel’s single character focused comic series in their new deal to create all Star Wars comics. And now we know that the next in this line will be none other than our lovable laughing fuzzball and co-pilot of the Millenium Falcon, Chewbacca…

MTV News got the exclusive that a new limited series will launch in October from writer Gerry Duggan (“Deadpool”) and artist Phil Noto (“Black Widow”). The series will focus on Chewie’s adventures while stranded on a yet to be named planet after a crash landing.

Some plot specifics from Duggan:

Chewie is on an important mission when we first meet him. He would not use the term crash-landed, but Han would disagree. He’s obviously been marooned on this planet at least temporarily, with a loaner ship that he got from the rebellion. And their roadside service is not great, so he’s got a little bit of work to do there to get the ship back up and running.

This planet is at a crossroads. There are forces there that want — like the Empire — to strip it of its resources. And obviously [there] would be some people that would be very opposed to that, and Chewie throws in with, with the good guys. He’s gonna set aside his mission for the greater good of this planet, and this new friend. 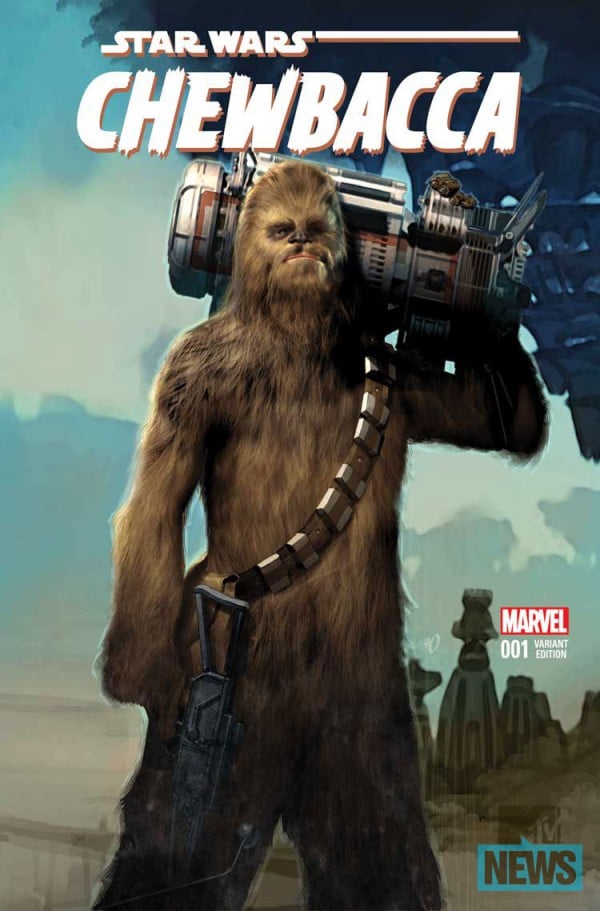 Duggan also discussed just exactly how they plan to deal with Chewie’s dialogue. And rest assured, they will not be translating any “argghhhghghhghs” to English.

It’s one of the first things we talked about. That we were going to let Chewie be Chewie and not try and change anything that’s on the internal [dialogue], the caption boxes or anything like that.
But you know, a little bit of good news here is that Phil Noto is my collaborator on this book, and he’s gonna be able to tell the story whether or not there are any balloons or boxes at all.
Chewie is on a very important mission when we first meet him, and you’ll be able to tell that right away without hearing him speak. But script wise, what’s been very fun for me, I’ve been writing each roar and yell twice. Once for the letterer, to be printed exactly as it is on the page and then once in parentheses for the team that basically is Chewie’s whine in English.

And that’s just for internal use. That’s just so that everyone can be on the same page and know that, hey, we’re telling this story visually and anything that we do need to know… He’s got a friend on this planet, a young woman and she speaks the basic language — so we won’t be in the dark.

Duggan goes on to answer some questions about Chewie’s character as well some other items. For the full interview and some additional cover art check out the article on MTVNews HERE.