It’s been a busy week for all comic book fans. Marvel released not 1, not 2, but 3 issues this week with some really game changing twists. Check out our reviews after the jump. 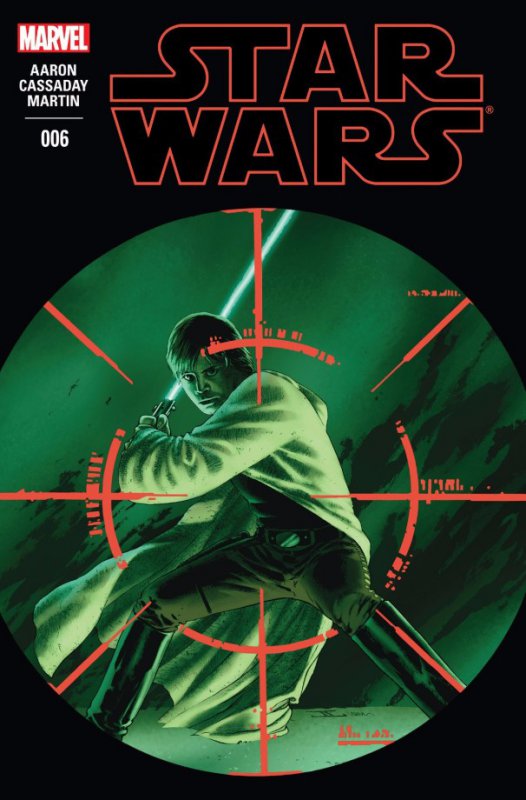 Excerpt from the review:

Please beware the spoiler tag on this thread. This issue is a game changer.

First of all, great issue. The art and writing capture the spirit of the Original Trilogy so well it’s almost as if you are watching a supplemental film. I cannot think of a higher praise to give this arc. 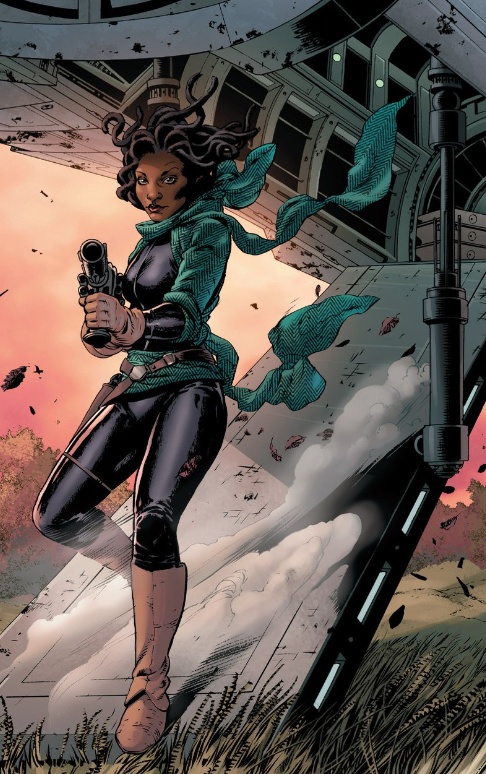 We are right back in Obi-Wan’s but on Tatooine. Luke and Boba Fett are in the midst of a pretty dirty fight. Luke is much calmer than I would expect him to be, using the small grasp he has on the Force to ward off Fett’s attack.

Back to Leia and Han. They have made their way to Han’s old hideout–a beautiful planet beneath a stormy atmosphere. Han makes his first attempt at making a move on Princess Leia, but someone shows up to add to the tension it creates. The mysterious figure who has been looking for Solo in the last two issues, who reveals herself as Sana Solo…his wife. 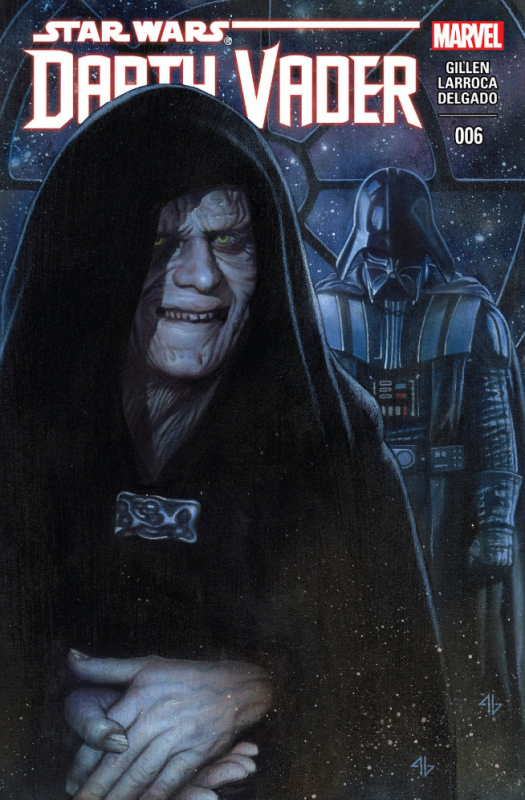 If you have not read Star Wars #6 or my review of that issue, please do so before reading this review. There is some pretty significant overlap between these issues and I am going to assume that everyone is on the same page here. Potential spoilers ahead and I may have a thing or two to say about The Force Awakens as well. Tread lightly if you are weary of spoilers.

When we last saw Darth Vader, a group of cyborgs trained in the ways of lightsaber combat were closing in on him. The Emperor and another cyborg, Cylo, were awaiting to see how formidable the creations were against the Dark Lord. This issue begins seconds after #5 ended, with the Emperor getting an introduction to each cyborg as Vader defends himself against their various methods of assault. It’s a literal fighting pit of mechanization versus the Force. 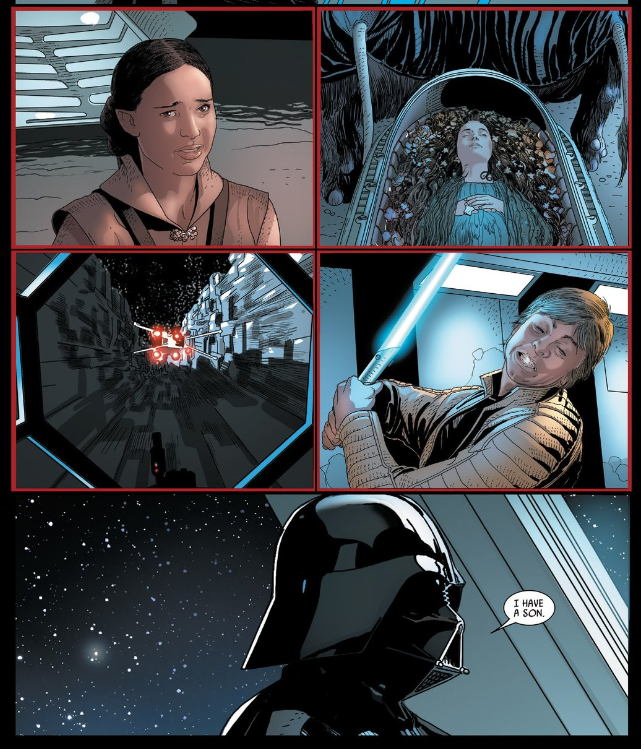 The backstories of how each of these cyborgs came to be is explained to the Emperor by Cylo as Vader takes them on one by one. There are some familiar traits of a former Separatist general and other backstories. Once the Emperor has seen enough, the fight is over, and the “herd” of creations has been thinned. The Emperor informs them they are all expendable and eventually he will only need one of them. 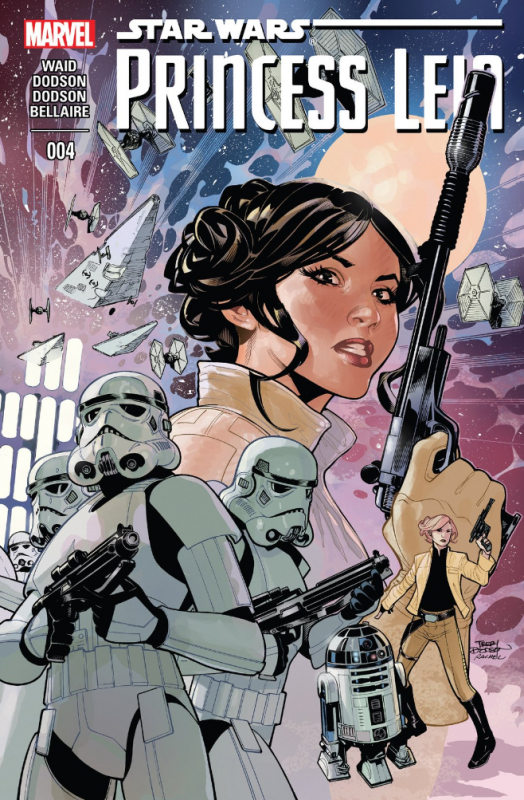 This issue had a lot to live up to today. I’m not sure what prompted Marvel to release this today instead of last week. This issue really pales in comparison to the other two Star Wars comics released, but I will try and be fair.

I loved this series in the beginning. I thought the first two issues were great. By the end of this fourth issue, I feel this arc has gone off the rails. There are so many twists and turns that I find myself trying to remember who a character is and why they are important to the overall story. To summarize the arc so far, this is the story of Princess Leia trying to protect the survivors of Alderaan. It’s very cool to see that Leia took her role as princess more as protector, and she is willing to do anything to protect her people. 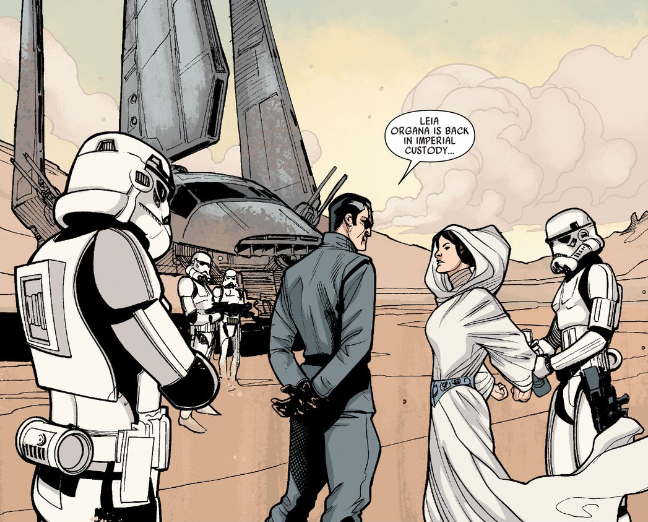 The problems I have with the series is there is way too much jumping around, whether from character to character or place to place, the dialogue and development seems hasty. We have two main players now, Leia, and Jora, the Alderaanian woman who lead the survivors underground. We meet up with them again aboard the Lord Junn, the ship Leia has been traveling in with her accomplice Evaan. There is a clear division of methodology between Leia and Jora in how to best protect their people. 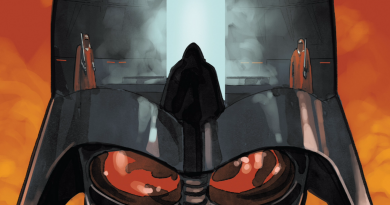 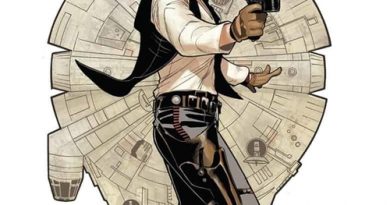 Review – The Scoundrel Doth Protest Too Much in Age of Rebellion: Han Solo #1 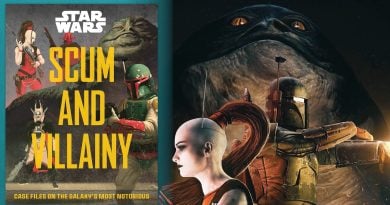