UPDATE! Is This Our First Look at The Planet Jakku from Space? - Star Wars News Net Go To Top
Skip to content

UPDATE! Is This Our First Look at The Planet Jakku from Space? 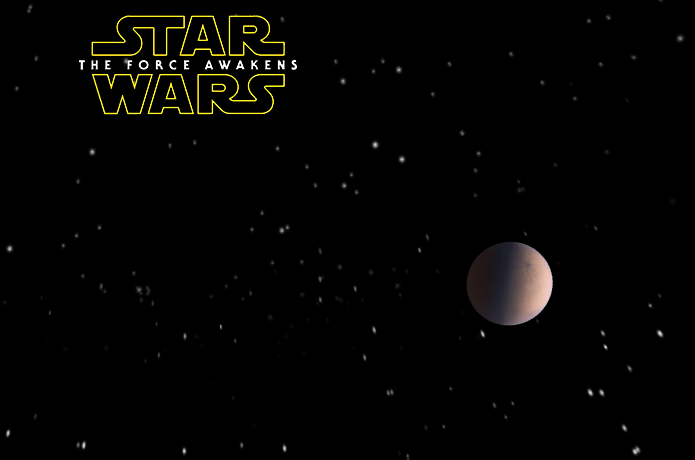 It appears that the official site dedicated to The Force Awakens is kinda interactive. If you play with your mouse a little you’re in for a surprise…

First go to the official Star Wars.com TFA page HERE. It’s the image gallery from the trailers. Now click and drag with your mouse in the top right corner, rotating the starfield until an unfamiliar looking desert planet appears. 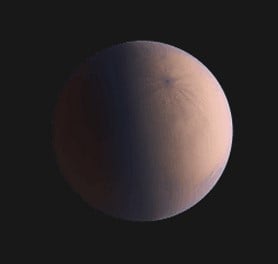 It definitely doesn’t look like Tatooine and there appears to be a crater from some kind of impact. Possibly an impact from an asteroid caused the planet to turn to dessert? Or the scar of a superweapon fired at the Battle of Jakku? If you continue to drag you can only see small stars – this is the only planet there. Might this be Jakku? It sure looks like an easter egg of some sort, and if this is indeed Jakku then it’s a really cool way to give us our first glimpse of it outside of the teasers.

Special thanks to Cantina member Rieekan for the find.

We’ve got some clarifications from Matt Martin from Lucasfilm. First he revealed that TFA page was online since November 2014:

Then he confirmed that the planet was added later in April.

As you remember back in April it was officially announced (at Celebration Anaheim) that the desert planet is Jakku. So I guess this pretty much confirms that this is indeed Jakku. It would be really cool if they continue to add more planets during “the journey to The Force Awakens”. This is just a guess, but what if they reveal the ice planet at SDCC? Can we expect another planet added to the starfield in 10 days time? Possibly. We just have to wait and see.