A small update on Star Wars Episode VIII: director Rian Johnson has found his cinematographer. Look ahead to find out who he has chosen as his wingman for the Star Wars film that will commemorate the 40th anniversary of the franchise.

Variety reports that talent agency Innovative Artists has confirmed that Steve Yedlin will be serving as the film’s director of photography. Yedlin has worked with Rian Johnson on previous projects (Brick and Looper), and was also involved in the Carrie remake. He is in charge of the cinematography for this Summer’s disaster movie, San Andreas. 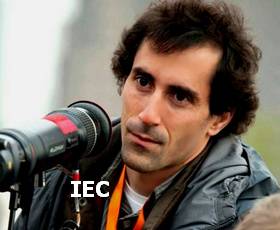 Star Wars Episode VIII is slated for a May 26, 2017 release date, and is expected to begin filming partway through the production of Star Wars Anthology: Rogue One. We’ll report more on Episode VIII as more news becomes available.