Star Wars: Rebels – Jason Isaacs Confirmed as the Voice of the Inquisitor 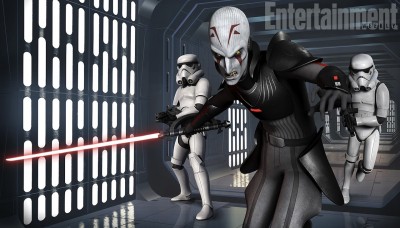 Entertainment Weekly is reporting that Jason Isaacs has been confirmed as the voice of the Inquisitor in the upcoming Disney animated series, Star Wars: Rebels.


Entertainment Weekly gives us a closer look this morning about the new Star Wars: Rebels villain, the Inquisitor. In a new official “First Look” video, we learn a bit more about the character, its development, and its creators’ intentions for its role in Rebels. We also get to see Jason Isaacs voicing the character.

Isaacs certainly brings a lot to the table in terms of his ability to create cold, refined villains who emanate the sort of quiet power that has the potential to explode into a display of brute force. He may be best known for his featured role as Lucius Malfoy in the Harry Potter films, but I would also highly recommend checking out his turn as Col. William Tavington in The Patriot. It was that role in particular that made me feel that Jason Isaacs would have made a fine choice for a younger version of Grand Moff Tarkin, had Lucas chosen to include Tarkin in the prequels. 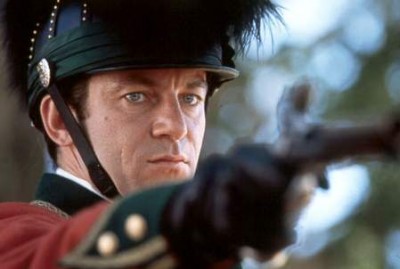 As for the Inquisitor himself, the EW article highlights a quote from the “First Look” video that I think bodes well for the character.

“He’s cold, he’s analytical, he doesn’t get angry,” said Lucasfilm Story Group’s Pablo Hidalgo. “We all took care to make sure our villains have real presence and our heroes just can’t walk all over him. This isn’t like cartoons I grew up with in the 80s where you’d have the villain lose every week and yet every week we’d have to believe he’s some sort of threat. When The Inquisitor shows up, it means something significant and it’s a definite challenge for our heroes.”

Sounds rather promising! We shall find out soon enough, as Star Wars Rebels is set to premiere this fall on DisneyXD.