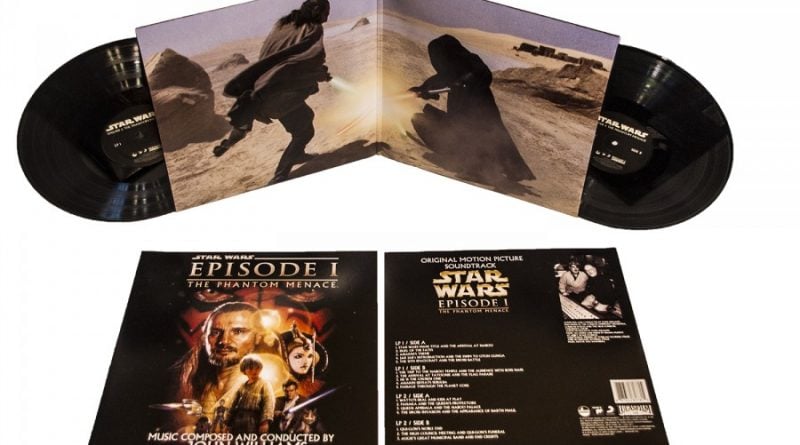 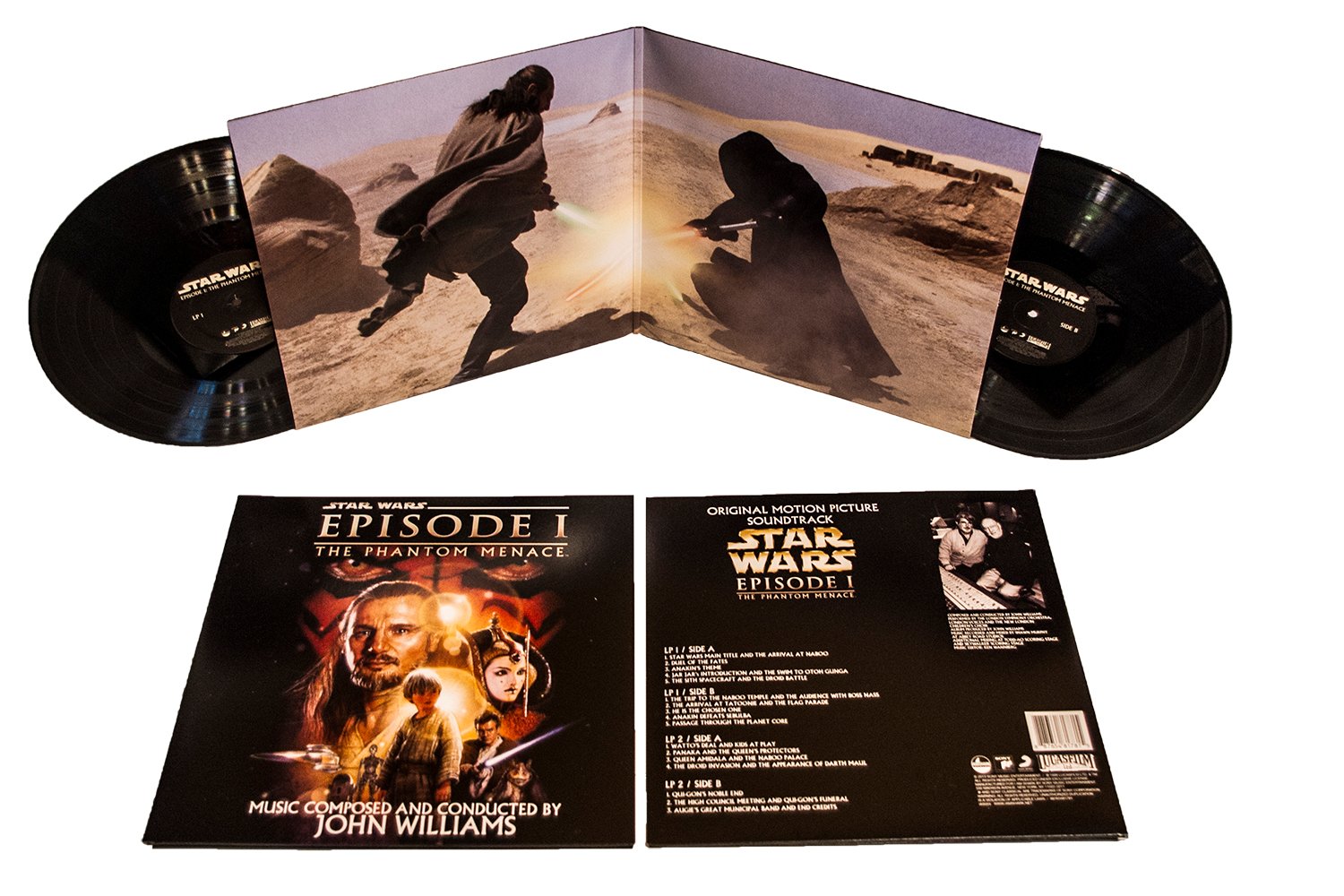 Star Wars fans! Music fans! We’ve got a great new giveaway contest for you. Read on for details of how you can win a limited edition vinyl pressing of the soundtrack to Star Wars Episode I: The Phantom Menace.

If you’re like me, the music of Star Wars has been in your blood ever since you saw your first Star Wars movie. For me, it was in 1977, before there was A New Hope, before there was even The Empire Strikes Back – when it was just STAR WARS!! The double album of John Williams’ Star Wars soundtrack was one of the first records I ever owned, and I played it endlessly, until I practically wore out the grooves on the discs. And though I personally felt that some of the Star Wars films that followed weren’t always as consistently strong as the original, as far as I’m concerned John Williams’ musical scores have always been right on the money. 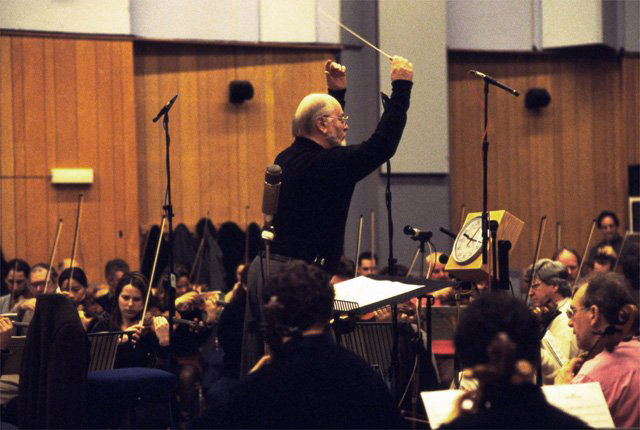 And now, I Am Shark takes us back to the old days of turntables, of felt record-cleaning brushes, and of that rich old analog sound. “Before the dahhhrk times… before the iPod!”

For the very first time ever on limited edition vinyl, I Am Shark will be releasing the original soundtrack to Star Wars Episode 1: The Phantom Menace, scored by legendary composer John Williams and performed by the London Symphony Orchestra.

“Once again, John Williams has exceeded my expectations and produced a lavish, rich, moving and thrilling score. Every fan of Star Wars—and of great music—is in his debt.” ―George Lucas

In cooperation with the good folks at I Am Shark, we will be giving away a copy of a colored vinyl pressing of the Phantom Menace soundtrack. Just post a comment in the comments section in which you discuss your favorite Star Wars soundtrack, and we will choose a winner at random to receive a copy of the Phantom Menace album. Please also use the form provided below so that we know how to contact you if you end up being our lucky winner. 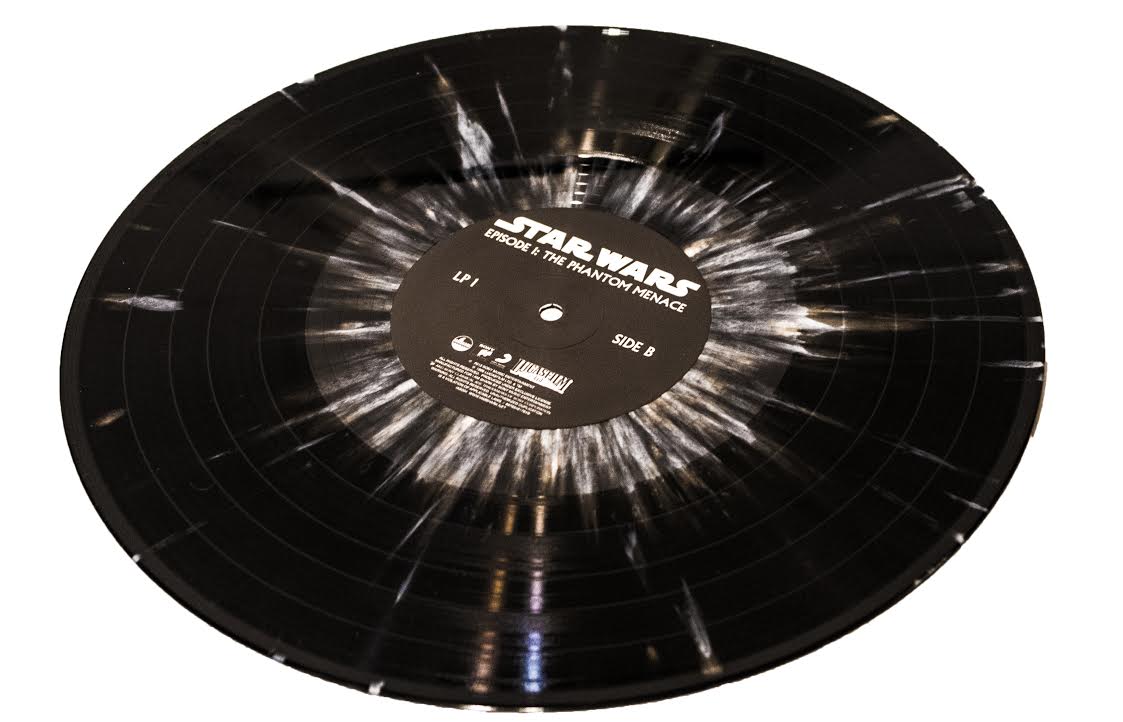 The Phantom Menace soundtrack, of course, brought us the iconic “Duel of the Fates”, and many of the familiar musical cues from throughout the prequel trilogy originated in the Episode I musical score. 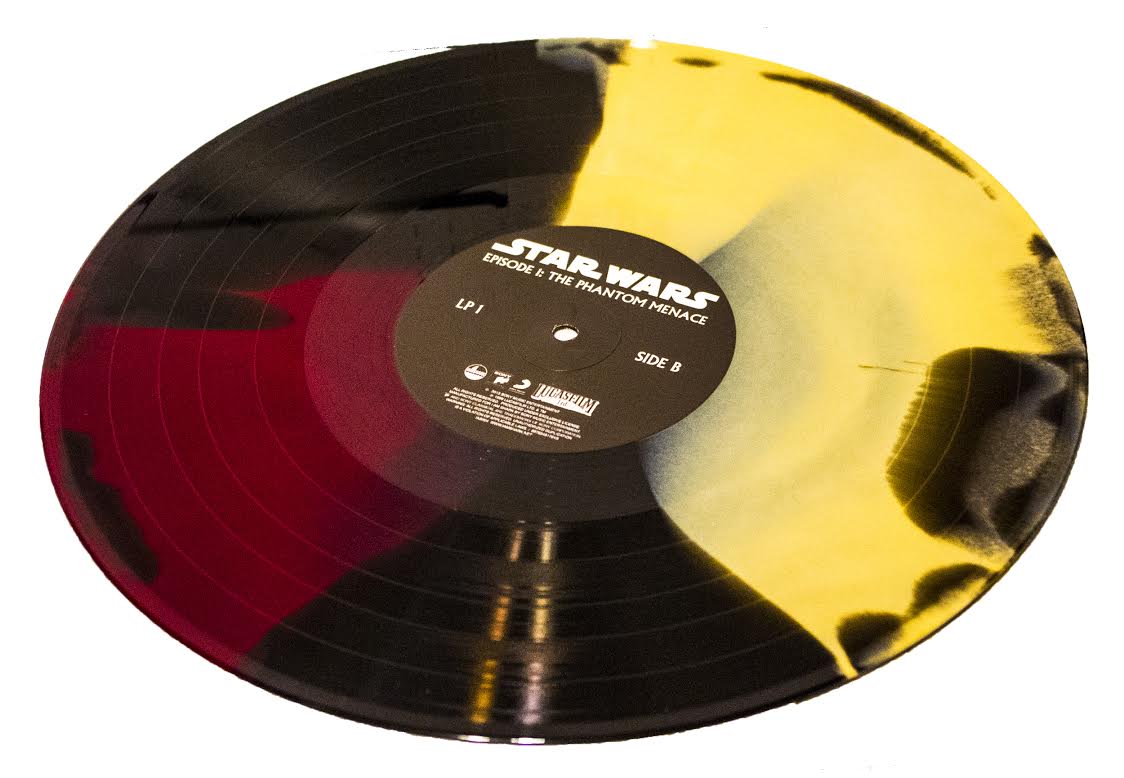 Here is a little more about the soundtrack album itself from our friends at I Am Shark:

The original album was released to accompany the film (May 4, 1999). This release was certified Platinum in the U.S. and Gold in the UK, containing 17 tracks from selections of the score, meant to stand alone as a separate listening experience and not as one hears the score in the film. John Williams edited each track to present the score as one would hear it in a concert suite. Recorded in Abbey Road studios over a week, starting on February 10, 1999 performed by the London Voices and London Symphony Orchestra, StarWars Episode I: The Phantom Menace was the first Star Wars score Williams had composed in over 16 years. The scores of the following two films would rely heavily upon tracking from this score, a decision that Williams and George Lucas had made early into production of the film.

Star Wars Main Title and The Arrival at Naboo – 2:55

Jar Jar’s Introduction and The Swim to Otoh Gunga – 5:07

The Sith Spacecraft and The Droid Battle – 2:37

The Trip to the Naboo Temple and The Audience with Boss Nass – 4:07

The Arrival at Tatooine and The Flag Parade – 4:04

Passage Through the Planet Core – 4:40

Panaka and the Queen’s Protectors – 3:24

Queen Amidala and The Naboo Palace – 4:51

The Droid Invasion and The Appearance of Darth Maul – 5:14

Sign up and post your comment in the comments section below (you need to do both). Which of the Star Wars musical scores is your favorite, and what makes it your favorite?

And yes, the contest is open to you even if you live outside the United States!
a Rafflecopter giveaway


“Now man your ships… and may the Force be with you!”

And the winner is (picked by Random.org) Michael Bridges. Congrats!!!

We will be doing another John Williams related giveaway in 20 days, so stay tuned… 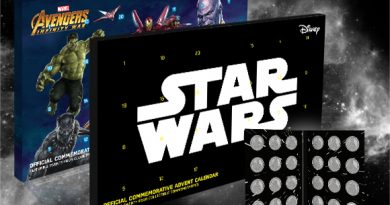 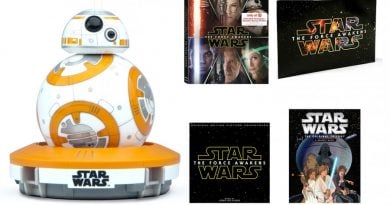 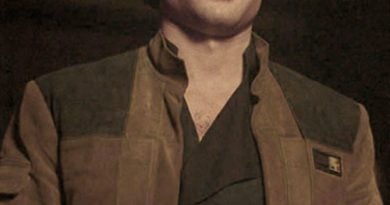 Become Your Favorite Star Wars Heroes With These Character Based Jackets