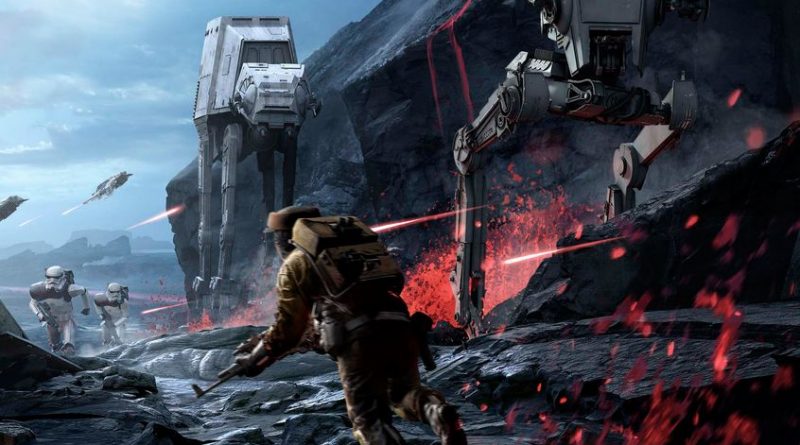 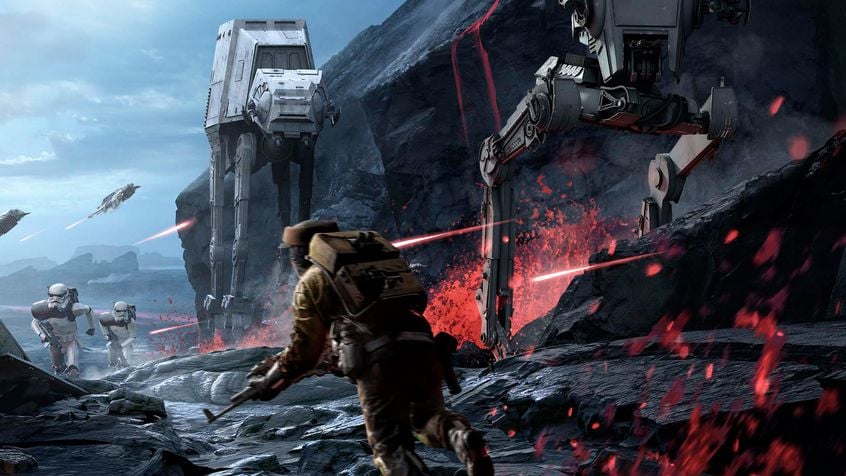 “What of the reports that the Rebels are amassing near Sullust?” Darth Vader asks the Emperor halfway through Return of the Jedi.  As far as I can find in this new canon, that is the most significant time the planet is mentioned.  The Rebels staged their last stand against the Empire there.

After Celebration this past weekend, Sullust went from an obscure planet to one of the buzzwords coming out of what we will be seeing in the video game Battlefront, and possibly, The Force Awakens.  It started with the Battlefront panel and game trailer.  We are given a brief glimpse at the end of the game trailer of a frosty looking planet, possibly the same black-and-white TIE Fighters and the Millennium Falcon swooping in.  Upon closer look, it’s not frosty at all, it’s just the glare from the many metallic edges of platforms coming out of the ground, ships in the sky, and a strange lava river below.  Some of those TIE Fighters look black and white, but then again, the ones attached to the docking bay’s ceiling look gray as usual.  Let the speculation begin!

With the release of Battlefront this November, it has been speculated that one of the levels will be a lead-in to The Force Awakens.  JJ Abrams has done this before with both of his Star Trek films, the first with a comic series and the second with a video game.  Battlefront will be the first canon game, so it’s not too crazy to think that the Sullust level will tie into the film’s plot somehow, especially since the release is only a month before TFA’s curtain goes up.

There are two shots in the new TFA trailer that remind me of the Sullust shot we are treated to in the Battlefront trailer.  The first and most similar being the dramatic shot of Stormtroopers assembled under a massive First Order banner, above them a figure that may be Kylo Ren or someone who appears to be addressing them all.  Note the hue of the sky and the rocky mountain peaks behind the structure.  The second, and the one where I feel like I am doing more reaching, is the lake the X-Wings fly over.  An article published earlier this week all but confirms that locale was shot in a different area than where I theorize Sullust’s terrain was captured:  Iceland.

Anyone who has traveled to Iceland will tell you how dramatically different the country’s terrain is within an hours drive.  You have volcanic rocks, snowy peaks, waterfalls, and green pastures.  We know some of The Force Awakens footage will come from Iceland, and I think that is where the Battlefront and The Force Awakens converge.  Sullust will have something to do with the plot of The Force Awakens, and it could be the planet where the film’s final act unfolds.  Both The Force Awakens and Battlefront crews captured stock footage of the terrain there, so it’s highly likely Sullust is the bridge that connects both mediums.

Sullust is said to be a hostile planet.  We can assume, from the Battlefront shot, that at least part of it is.  I’m reaching here, but my guess is that the X-Wings we see in the TFA trailers are on another part of Sullust before they attack the First Order’s bunker.  As far as Star Wars goes, at least in the films, we are accustomed to seeing planets with very singular climates.  Tatooine was a desert, Hoth was frozen, Bespin a gas planet, Dagobah a swamp planet, and Endor was a forest moon.  Naboo is probably the most diversity we have seen as far as a planet’s ecosystem is concerned.  Perhaps the X-Wings launch their attack by entering the Sullust’s atmosphere and crossing the terrain at a low altitude to avoid detection.  Maybe they are trying to avoid a blockade above the planet?  If so, then we will see that Sullust has more eco-systems than just hot lava and/or ice.

Another theory of mine has to do with WHEN in the timeline we find ourselves on Sullust in Battlefront.  We do see the Millennium Falcon at the very end of the Battlefront trailer, but if you look closely, the Falcon’s communication dish is circular.  This means that the battle in Battlefront takes place possibly before Return of the Jedi, and most certainly before The Force Awakens (as we have seen the new array is more of a rectangular design).  Perhaps this is a battle that will be referenced in The Force Awakens; or the Millennium Falcon was repaired not long after ROTJ and the rectangular dish came much later, leaving us to speculate this may have been a battle right after the events of ROTJ.

There’s much room for speculation, but it would be surprising if at some point in The Force Awakens we do not find our heroes or villains on Sullust.  It has some role to play, and we should know or have a good idea by the time Battlefront and its compendium novel are released.  Consider this a jumping off point and check this off as one more thing to anxiously await. 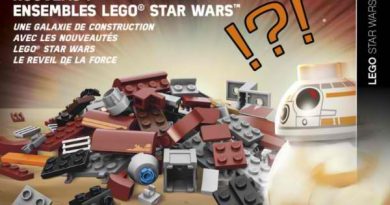 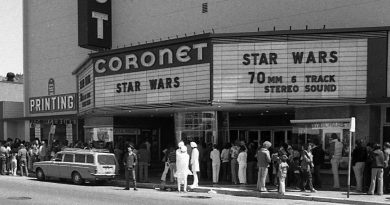 Star Wars: The Force Awakens To Be Shown In 70MM On Only 11 Screens In The US 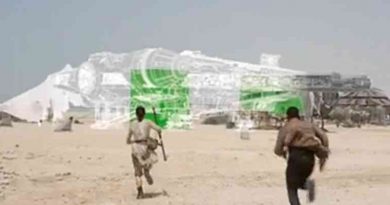 69 thoughts on “Speculation: Could we See the Planet Sullust in Star Wars: The Force Awakens?”