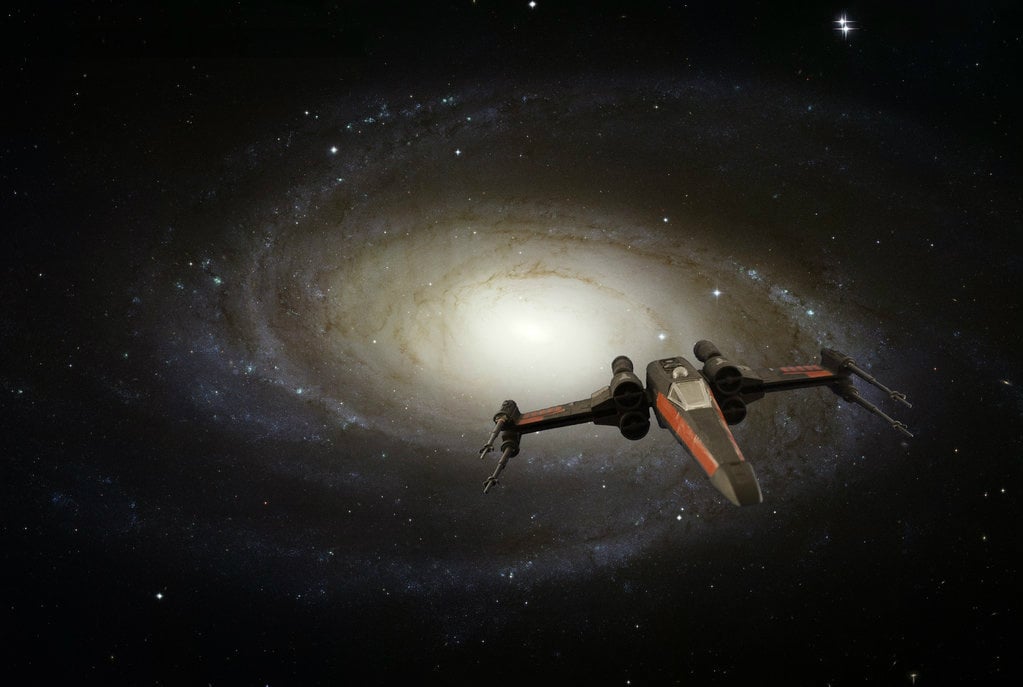 With the release of multiple aerial shots of the Star Wars: Episode 7 location set at Greenham Common, one of the more tantalizing images has certainly been that of what appears to be a black X-wing. Is it possible, though, that we’ve already seen a predecessor to this new starfighter?

Filming for Episode 7 at the former RAF base at Greenham Common seems to center around a group of bunker-like shelters that were once used to house cruise missiles, now apparently doubling as underground starfighter hangars. Photos taken this past week from an aerial drone showed some fascinating details, including a full-sized Millennium Falcon exterior (well, half of the Falcon, anyway!) and what looks like the blue and white X-wing previously shown in JJ Abrams’ “Force for Change” update video this past July.

Sharp-eyed fans also noticed a black X-wing that appears to have orange or red markings on its wings. 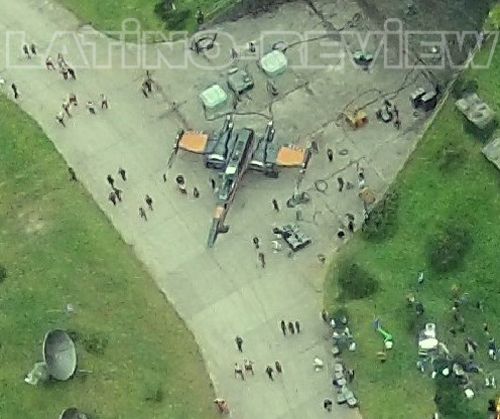 The more I thought about it, the more I’d realized that this black X-wing looked mighty familiar. It’s one of the new Episode 7 style X-wings, of course, but the black paint job reminded me of something.   Then I realized, it was the Dark Horse Star Wars series from the past couple of years that I was thinking of. One of the early storylines in that series had the Rebels assembling a “stealth squadron” that flew black/dark grey X-wings. 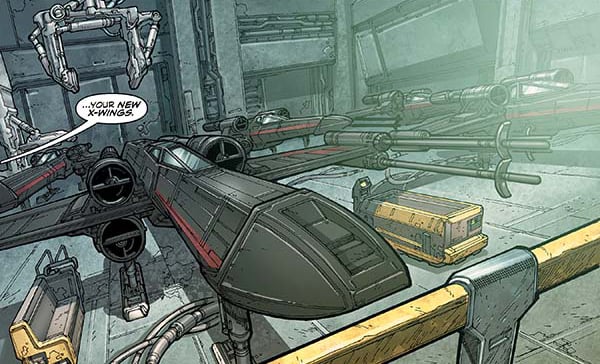 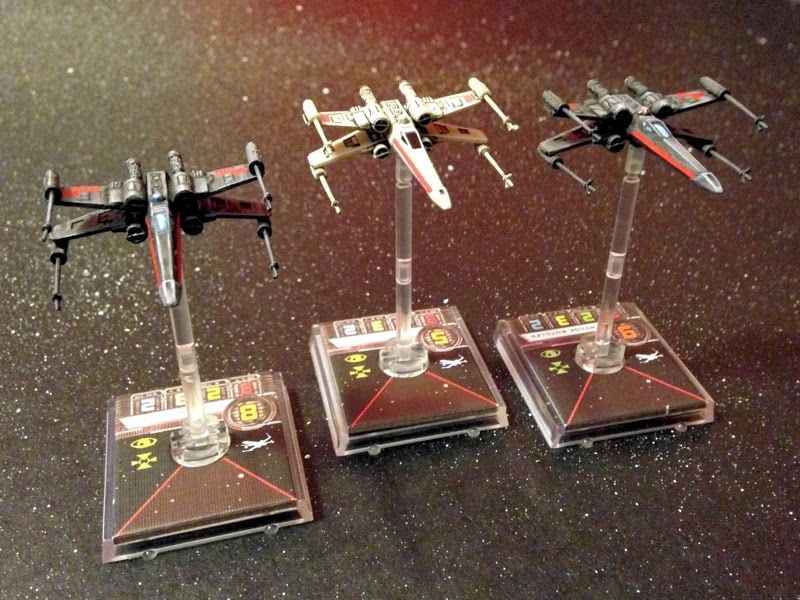 Though this fan-made interpretation of the Stealth Squadron X-wings from the Dark Horse comics was done more than six months ago, it certainly does bear some resemblance to the black X-wing from the new Episode 7 set photos.

A similar concept also found its way into the New Jedi Order novels in the form of the StealthX, an X-wing variant that featured a matte black finish flecked with white, designed primarily for use by Jedi pilots (as any use of the comm system would defeat the starfighter’s stealth features.) 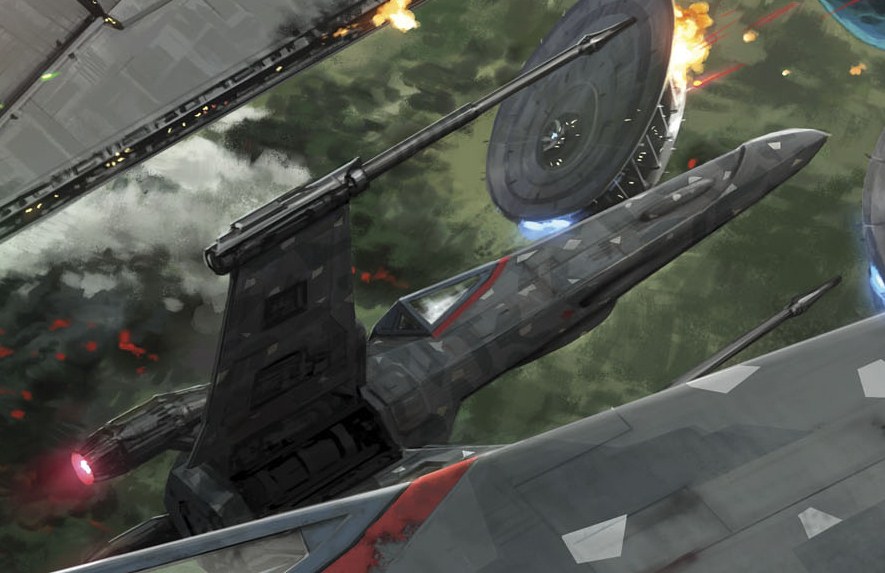 Might JJ and company have borrowed the stealth-fighter concept from the Dark Horse series and the New Jedi Order novels (bearing in mind, of course, that neither is canon), and that’s what we’re seeing in these Greenham Common photos?

About a month ago, Latino Review reported on the recently released photos of new Episode 7 stormtrooper helmets.   Included in this report was mention of stormtroopers with black and chrome armor, which LR went on to say is rumored to contain an individual cloaking device that renders the wearer invisible. 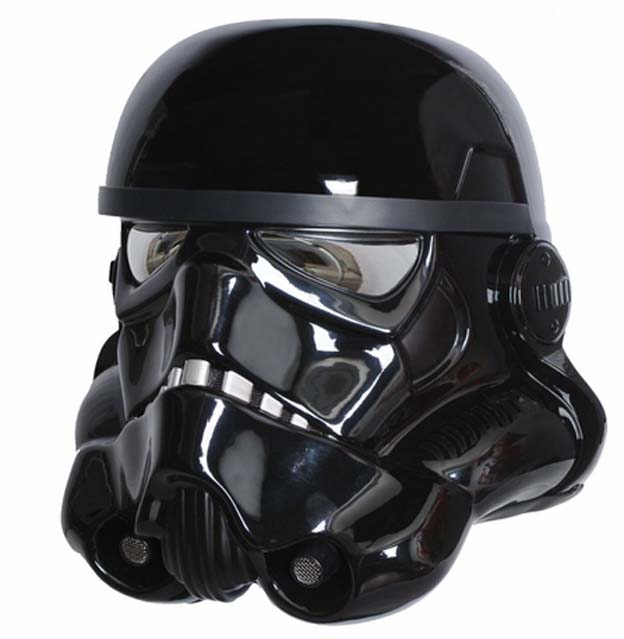 (Note: NOT an actual representation of an Episode 7 helmet – merely a well-done costume piece by eFx Collectibles.)

Hurling grains of salt hither and yon in the interest of covering my own backside, let’s just suppose for the sake of argument that this rumor is true, and we will see black and chrome armored “stealthtroopers” in Episode 7. Look again at the black X-wing photo.

Black… with chrome trim on the engine pods, the wingtip cannons, and possibly the canopy.

Could there be a connection between this X-wing and the rumored black-and-chrome stormtroopers? Might this fighter be flown by one of these “stealth troopers”? Or could the chrome-trimmed black coloration perhaps be a key part of the cloaking technology itself, with the Republic having used it on X-wings, and the Empire having applied it to their stormtrooper armor?

Regardless of whether or not any of these bits of speculation end up coming close to the mark, at the very least we have an incredibly sharp-looking X-wing variant to look forward to seeing in action in Episode 7!