Another Rumor for Obi-Wan Returning in Star Wars: Episode7. 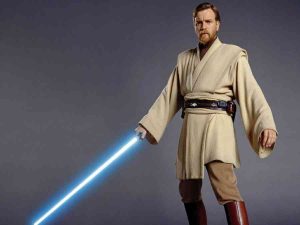 This one comes again from Latino Review. It sounds more like a logical thinking instead of a real rumor. Still check it out…

Obi-Wan Kenobi appeared throughout the original trilogy, despite his death in ‘A New Hope’. I have confirmed this with three close sources that are on the project and they all confirmed to me that Ewan McGregor would be back as a Force Ghost in the upcoming sequel trilogy.

Then again there was quite a controversial change to a scene at the end of “Return of the Jedi,” when the spirits of Obi-Wan Kenobi, Yoda and Anakin Skywalker look upon the Rebels’ celebration. The original actor who played Anakin in this scene (Sebastian Shaw) was replaced by Hayden Christensen, the actor who played Anakin in Episodes II and III.
Will Ewan McGregor be made up to look old like Sir Alec Guinness?

But that is not all! Check this out! The interesting part of the conversation I had with my source was that McGregor also wants a solo standalone film!

This sounds more like the site is trying to recover from yesterday’s announcement that they will have a major scoop for Episode 7. Later they revealed that the source from England wanted to postpone the scoop for this morning. Obviously things didn’t go as planned and we are getting this somehow logical possibility for the upcoming movie.

Previous posts on the subject:

Ewan McGregor Is Up For Obi-Wan Spin-Off Movie.