David Prowse (Who played Darth Vader in the Original Trilogy) is Open to Return in Star Wars: Episode 7. 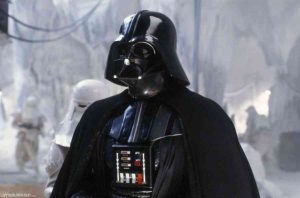 “I still have my anonymity to a certain extent, which is nice. I enjoy being able to sit down privately and talk to people but I also enjoy the acclaim. I’ve been getting a lot of recognition lately – all of a sudden, it really seems to be taking off.”

When young, up-and-coming director George Lucas summoned him to a meeting, David was offered a choice of two parts.

“One was a character called Chewbacca. It was like a big gorilla. I didn’t think I could be in a gorilla suit for three months.” 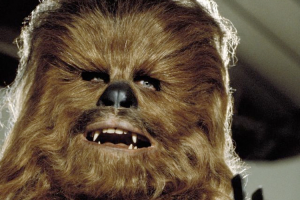 The second part offered to David, on that 1970s morning in a Soho office, was a character who outlived his era and became a compelling element in one of the biggest franchises of all time.

The director asked him to play Darth Vader, tormented villain of the film and surprise father to its hero.

“He said nobody would ever forget Darth Vader and here we are 30 years later and I am chasing all over the world doing these personal appearances. Nobody remembers the goodies in films. Everyone remembers the villains. Vader is now recognised as the ultimate screen villain of all time.”

David played Vader’s body, but a twist of fate meant the public never heard his voice. Throughout the films, the actor spoke his own lines. But when he arrived for the premiere of the first movie, he was shocked to hear another person saying them. Lucas had overdubbed his speech with the voice of James Earl Jones. 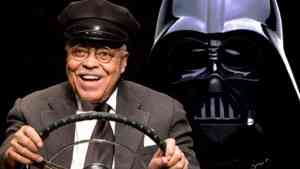 His reasons are opaque, with speculation the director felt David’s west country accent was wrong for the role. But David himself claims it was a simple issue of geography.

“All the dialogue I was doing was coming from inside the mask, it seemed muffled and it was obviously going to be no good for reproduction purposes. At the end of the movie, George said we would go into the studio and do all the dialogue again, so I automatically assumed I would be doing the dialogue. It was too expensive to fly me over to America, so they got James Earl Jones. It was just a convenience thing. He’s a wonderful actor who did a wonderful voice for Vader – although I think I could have done an equally good job.”

That was not the only time he was kept in the dark. David had no idea he would be revealed as the father of hero Luke Skywalker in the second film, The Empire Strikes Back, until he saw it on the big screen. 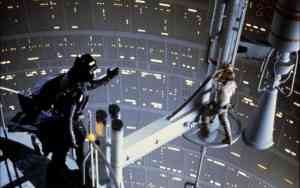 Security was tight around the scripts after information leaked out early in filming and Lucas may have wanted to keep the film’s big twist closely guarded.

“They must have given me some completely different line, because it was all going to be overdubbed. When I went to see the movie I suddenly discovered I was Luke’s father. That’s my favourite scene of all.”

Even when Vader was unmasked at the trilogy’s climax, David’s face still remained unseen. He had hoped to appear at last but Lucas gave the part to Sebastian Shaw, a friend of Obi-Wan Kenobi actor Alec Guiness.

“Sebastian was down on his luck and asked for work. George said the only possible thing they could give him was the dying Darth Vader. Of course, they didn’t tell me. When it came to the unmasking of Darth Vader, they unmasked someone completely different. It was just a goodwill gesture from George to his friend.”

There was no part for David in any of the prequels. But he does not admire them as movies.

“I didn’t like Star Wars I, II and III at all. I think the common opinion now is they were really bad movies. There’s no comparison with the original movies. They had a much more believable story.”

Disney is making three more Star Wars films in the years ahead and David sees them as one last chance for the public to see him without the costume. 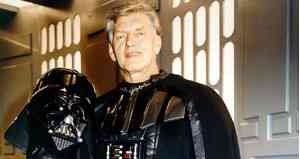 “Unfortunately, Darth Vader was killed off. But it would be nice to come back and do another character, because no one’s ever seen my face. I was never unmasked.”

Suffering from chronic arthritis and in remission from prostate cancer since 2009, David is no longer the athlete who once played Vader.

But perhaps, unencumbered by a helmet, he can still stalk through space one more time.