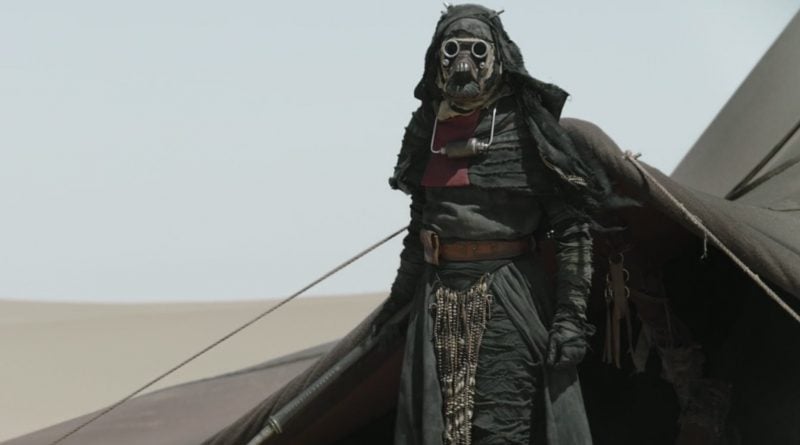 Joanna Bennett’s Tusken Warrior character was one of the more popular characters in The Book of Boba Fett, becoming one of the highlights of the show’s flashback sequences. It was a sad realization when her character’s time in the series was cut short and we wouldn’t get to see the warrior again, but she left a lasting impression.

In an interview with BobaFettFanClub.com, she opened up on her experience working on The Book of Boba Fett. One of the things she mentions is “respecting” the gaffi stick, which ended up being reflected in the show’s story.

I did feel that it was important to really dive into the Gaffi stick’s presence in The Mandalorian, and also its importance to the Tuskens in general. As a fighter you always respect your weapon, and this was no exception. It’s definitely something sacred and there’s a respect to handling it. For example, you can see the care taken when crafting Boba’s Gaffi stick. And of course, Temuera handled it so beautifully in “The Mandalorian,” we wanted to provide some foundation for this. We really put thought into every move with the Gaffi in [the Tusken warrior’s] fighting. Even just the way it was held when she was standing had thought put into it.

She also mentioned that she worked with Temuera Morrison on the Tusken warrior’s fighting style, given his incorporation of the Maori haka into Boba’s fighting style back in The Mandalorian. Both she and Temuera were already good friends from their time working on Aquaman, so they had a good working relationship. It seems Morrison influenced both Bennett and her stunt team when it came to crafting the Tusken fighting style.

I actually worked with Tem on “Aquaman,” so we had an existing friendship and communicated about this quite a bit from the beginning. I think/hope you can see his influence in the final ceremonial ritual around the fire. We knew we wanted to incorporate some of those movements in the training and fights. For example, hooking the leg of your opponent. I guess we kind of worked backwards in this way, pulling from that final scene.

I had an amazing stunt team. Our stunt coordinator J.J. Dashnaw, the stunt double for The Mandalorian, Lateef Crowder, Ming Na’s double, Ming Qiu, all helped so much with the choreography. Temuera was also so involved in helping with the choreography. He was a great asset when it came time to connect his training sequences to the Boba Fett we later see him become.

Throughout my career I’ve had to work with all different kinds of weapons. In “Aquaman” it was a trident, on “Wonder Woman” it was a sword and shield. In “Captain Marvel,” there was a lot of hand-to-hand combat. I definitely took my experiences with all of these into my work with the Gaffi stick. 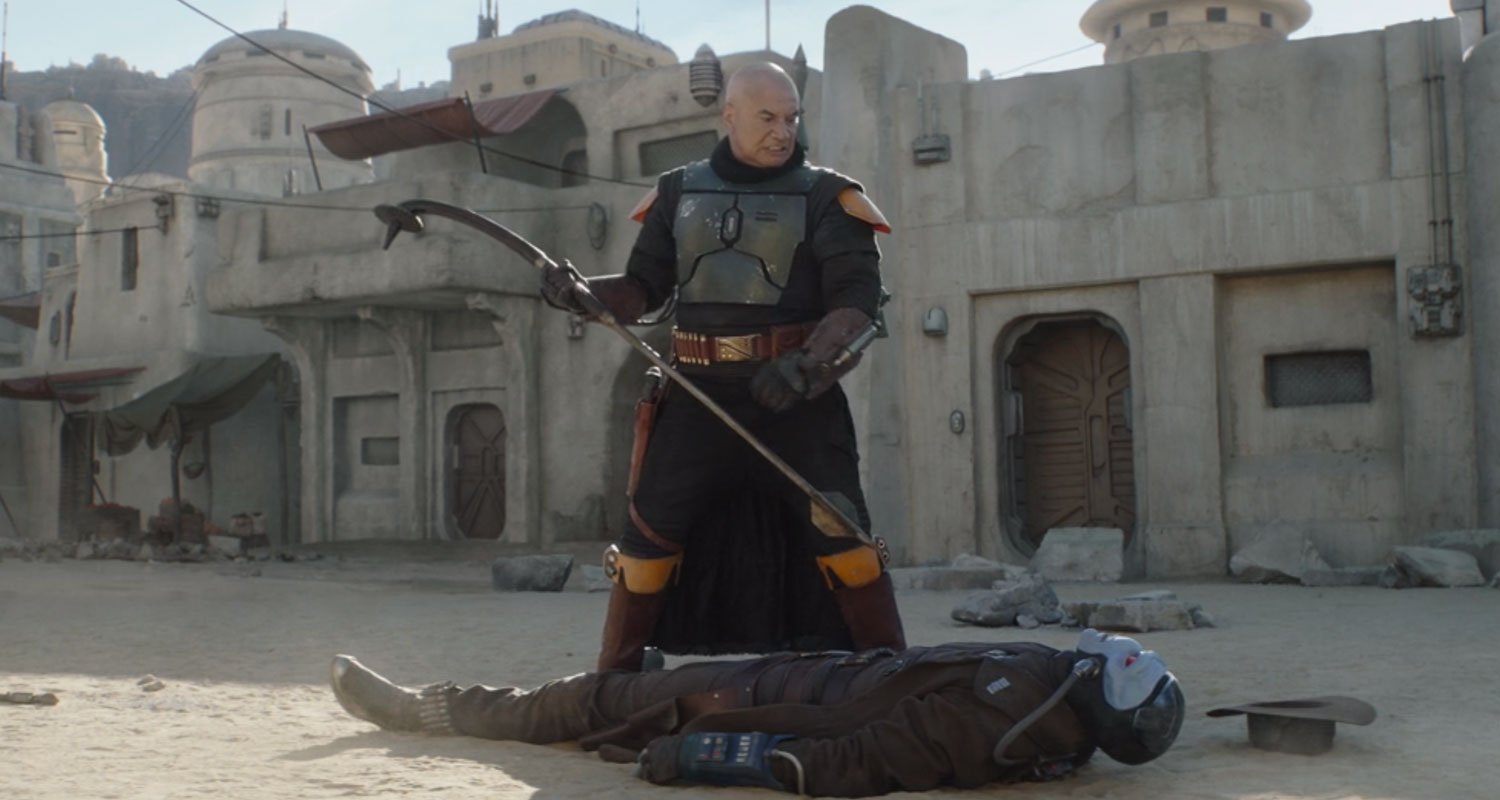 Bennett also revealed that her Tusken Warrior costume didn’t exactly make her job easier. With limited vision out of the mask and long robes, it’s a testament to her skill that she was able to make her character’s stunts feel so real.

It was definitely not an easy costume in terms of vision. What you see in the show is the mask I wore for all the stunt scenes. The eyes have a mesh screen over them, so it feels like you are in a different world when you put the mask on. That being said, I had the most amazing costume team who made sure my mask was fitted specifically to me. They accommodated all of my needs, and secured my costume so that it wouldn’t move during my action sequences. They really worked with me to make sure I could do all I needed to do.

It definitely added another element to my fighting and wire work. You have no peripherals! But, stunt performers often have to work with obstacles (high heels, restrictive suits, etc.). With the help of the costume department, we always seem to find a way to make it work!

For me, the challenge was to really make sure you could read her intention through her movement. You couldn’t see my face, so it was really important to amplify her emotions through body language.

Joanna also delved into the process behind crafting the Tusken Warrior’s backstory.

The first thing I was told, before being given any real details about the character, was that she was very skilled and assured of her abilities. She was confident and used her skill as well as her knowledge/experience when approaching an opponent. For me, I had never seen a female Tusken in this way; I hadn’t seen much from the Tuskens in general. I was so honored to be given the opportunity to portray this strong female warrior. And to be given the opportunity to add to their story. We wanted to give insight into the Tuskens’ background and give them more screen time for character development.

After being approached about playing her, and realizing the opportunity at hand, I just wanted to make her strong and powerful. I really hoped the fans’ initial reaction to the character would be based on her movement and skill. To convince the audience that the character could be skilled enough to influence who we see Boba become. This was my ultimate goal. She trains Boba Fett, we needed the fans to believe she has the skill for this. I can only hope that came through in the performance!

After I signed onto the project, I worked closely with [Stunt Coordinator] J.J. Dashnaw, [Executive Producer] Dave Filoni, [Creator, Writer and Executive Producer] John Favreau, as well as my stunt team, all of whom were very much involved in developing the character’s movements and intentions. Ultimately, I always feel the research and work happens before the cameras are rolling. Once it’s time to perform, for me, the best results come from doing what feels right in the moment.

She also revealed one of her favorite memories working on a training sequence with Temuera Morrison:

I’d say my favorite memory was during one of the first training sequences with Boba. I actually slapped Temuera on the head. At first, I was just selling it for camera, but then Tem said, “Don’t hold back.” On the next take, I really let him have it, I mean he did tell me to do it, right?! We finished the scene and I asked, “Are you okay?” He smiled and we both started laughing. It was a fun day for sure. That and jumping onto the train from a speeder. That was pretty fun!

Unfortunately, Bennett also has no idea what Tuskens really look like under her masks, so clearly that was never an avenue that Favreau and Filoni were looking to explore. By all accounts though, she had a great time working on The Book of Boba Fett. For the full interview, head to BobaFettFanClub.com. 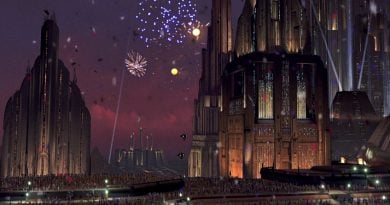 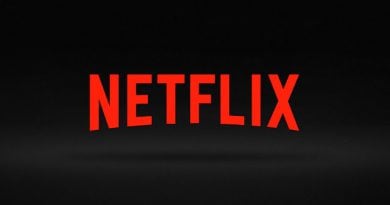 Netflix to Gain Streaming Rights to Star Wars in September. 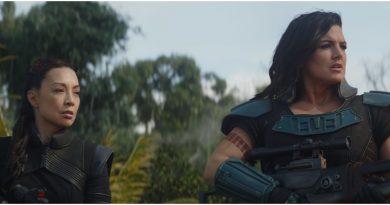