Editorial: The Triumph of Ahsoka Tano 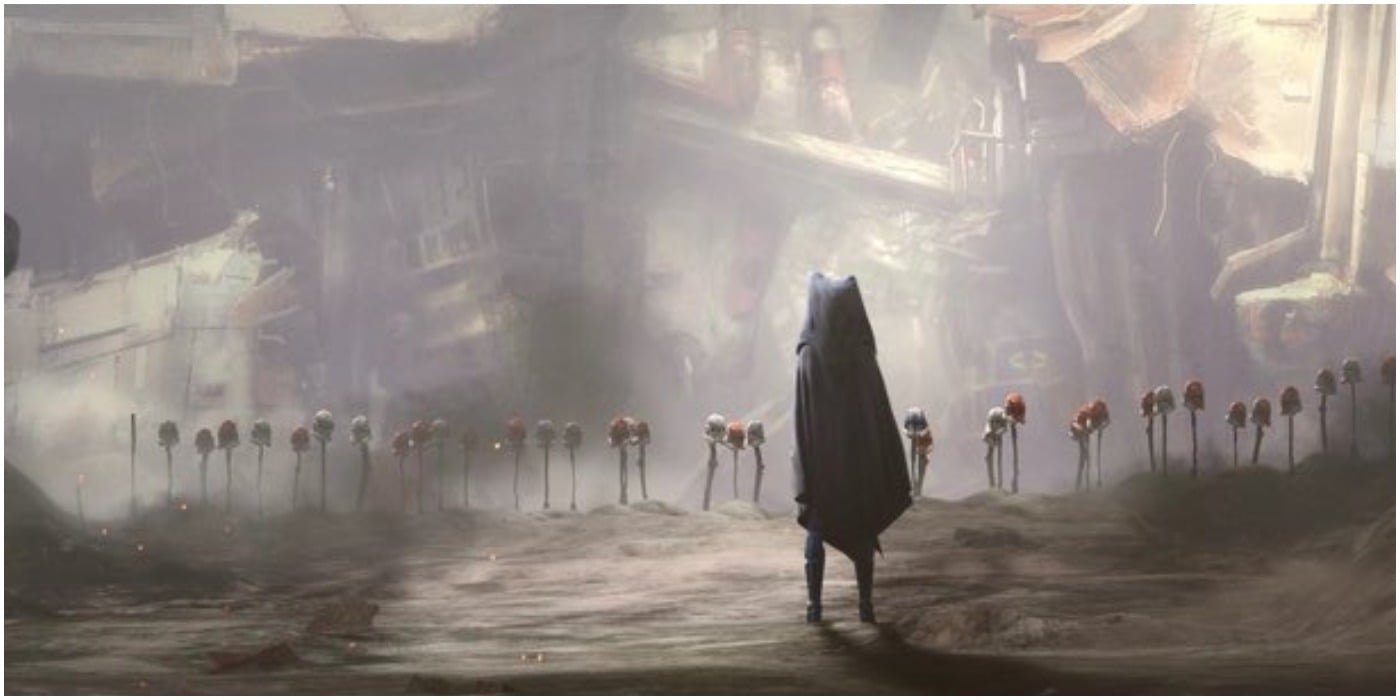 The last image of Ahsoka Tano in The Clone Wars is of her solemnly regarding a graveyard she and her friend Rex have just dug. No single image underlines the truth about the former padawan learner more than this one. She’s a survivor, and so is the complex story the three prequel Star Wars films and accompanying animated series dared to tell. History isn’t written by the victors. It’s written by the survivors.

Ahsoka debuted in the feature-film prologue of The Clone Wars in 2008 and the reaction was about as toxic as it was to Jar Jar Binks in 1999. The very idea of Ahsoka rubbed some fans the wrong way. Anakin had an apprentice? Wasn’t he an apprentice himself? Where was she in Revenge of the Sith? More than that, her characterization as a plucky young Jedi who acted like she had something to teach Anakin – which she did, by the way – cemented an idea in some segments of fandom that Star Wars had lost the plot.

But in Ahsoka Tano, Star Wars found more than the plot. It found its story.

The story of Star Wars mutated fundamentally in the prequel trilogy. It was no longer a simple battle between good and evil, light and dark. The story we thought we knew was much more complicated and nuanced, even if the delivery wasn’t (always). The story wasn’t that someone said something in one of the original films and then something else happened later. Beyond even the technical revisions of the Special Editions, Star Wars has been editing itself as a story from the beginning. Notions George Lucas had about characters or narrative threads change with time. Fans wrinkle at this sort of thing and understandably so. Star Wars is a huge part of who we are. But it’s also not ours. It’s doesn’t even belong to George Lucas, and that was true before the Disney sale. The story’s truth and value don’t come from film or text or memory, it comes from its soul. 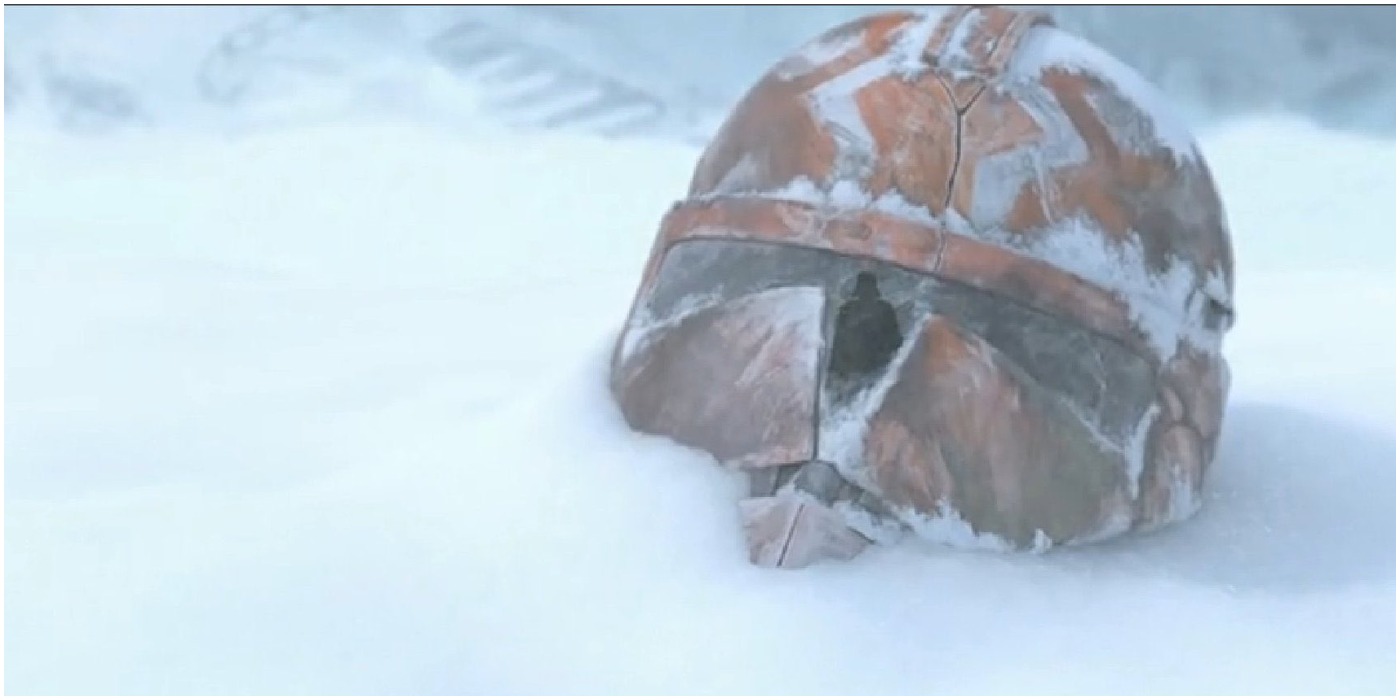 Ahsoka Tano is the soul of the prequels, in so many ways. She’s the one who suffers the blindness of the Jedi and the betrayal of the clones, and we do, right along with her. Ahsoka grew quickly from a slightly annoying young burden on Anakin Skywalker to something the prequel trilogy really didn’t have: a point-of-view character. The original trilogy benefited enormously from Han Solo wrinkling his nose at foolish notions of the Force and while Ahsoka is nothing like Han, she acts as the audience surrogate, seeing with fresh eyes the political, religious, and highly personal web of narratives that the three prequel films spun, but could never quite escape to properly frame.

Through Ahsoka’s eyes, we see Anakin and Padme’s toxic relationship in ways they can not. We see Obi-Wan’s beleaguered Jedi Knight, unwavering in his commitment to the cause, the order, and his own principles but no different in many ways than his apprentice (that the end of The Clone Wars plays out on Mandalore, a consequence in some part of Obi-Wan and Duchess Satine’s unrequited love, speaks volumes). We see that the Jedi Order, powerful, proud, and political. George Lucas teased the long-in-development prequels as an opportunity to see Jedi in their prime. The truth is, we never actually saw a Jedi as fans understood them in their heads and hearts all these years.

Luke Skywalker was an apprentice when we left him in Return of the Jedi. Obi-Wan Kenobi was an exile, not as powerful as he once was. Darth Vader was fallen. The Jedi Order of the prequel trilogy and The Clone Wars series achieve amazing feats. But none of them, save perhaps Yoda, embody the selfless commitment to the light side of the Force. None of them put others before themselves, the Order, or the Republic. Even Luke, by virtue of his actions in the sequel trilogy (which I’ve addressed in part elsewhere), turned his back in some measure. The only Jedi we’ve ever seen who truly embodies what it means to be a Jedi is the one who isn’t. 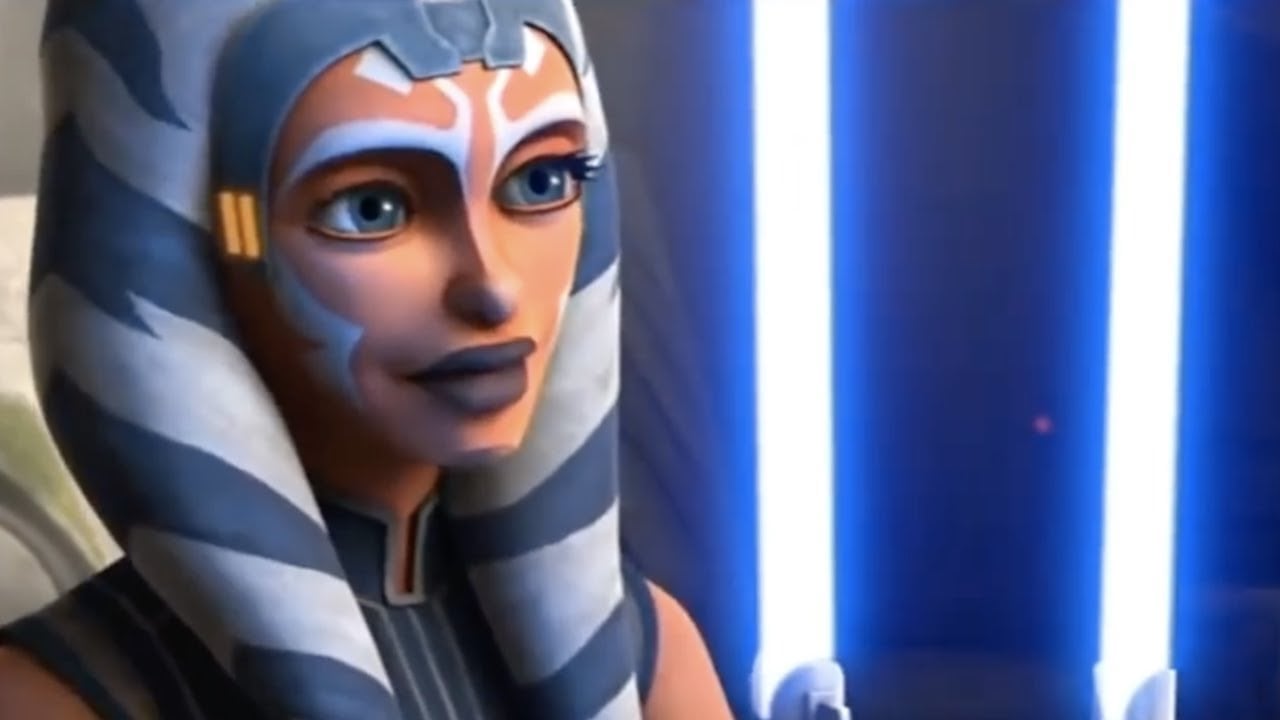 No story better exemplifies the hypocrisy of the Jedi and their bureaucratic inability to get out of their own way better than the arc in season five of The Clone Wars which saw Ahsoka walk away from the order. She didn’t walk away from the Jedi’s values though, and that was on full display in the final season of the series. Ahsoka embodied the selfless non-violence that Yoda espoused to Luke when she refused to kill the clone troopers who had turned on her after Order 66. She refused to abandon Rex after he tried to kill her. She let Maul go, and in doing so, proved her worth and the fundamental message of the prequel trilogy.

Anakin Skywalker could not let go of his desire, greed, or fear. Those things consumed him and he became Darth Vader. The Jedi could not let go of their own self-confidence and misguided essentialism. Their way was the only way, to the point they pushed out a Jedi pure in her heart and practice of their own established teachings. If the fight among Jedi over what is and isn’t Jedi-like sounds familiar, that’s because it probably sounds a bit like fights within fandom over what is and isn’t Star Wars.

That debate, over which era is better or who is more a fan, is not the point of this editorial. It does inform the thinking behind the initial reaction to Ahsoka and should inform how we view her now. Ahsoka has evolved from the sidekick who many couldn’t stand, or understand, to perhaps the most important character in canon who wasn’t introduced before 1983. The prequel trilogy earns much of its criticism. The execution is lacking, but the story and its themes are essential. Ahsoka is proof of that. 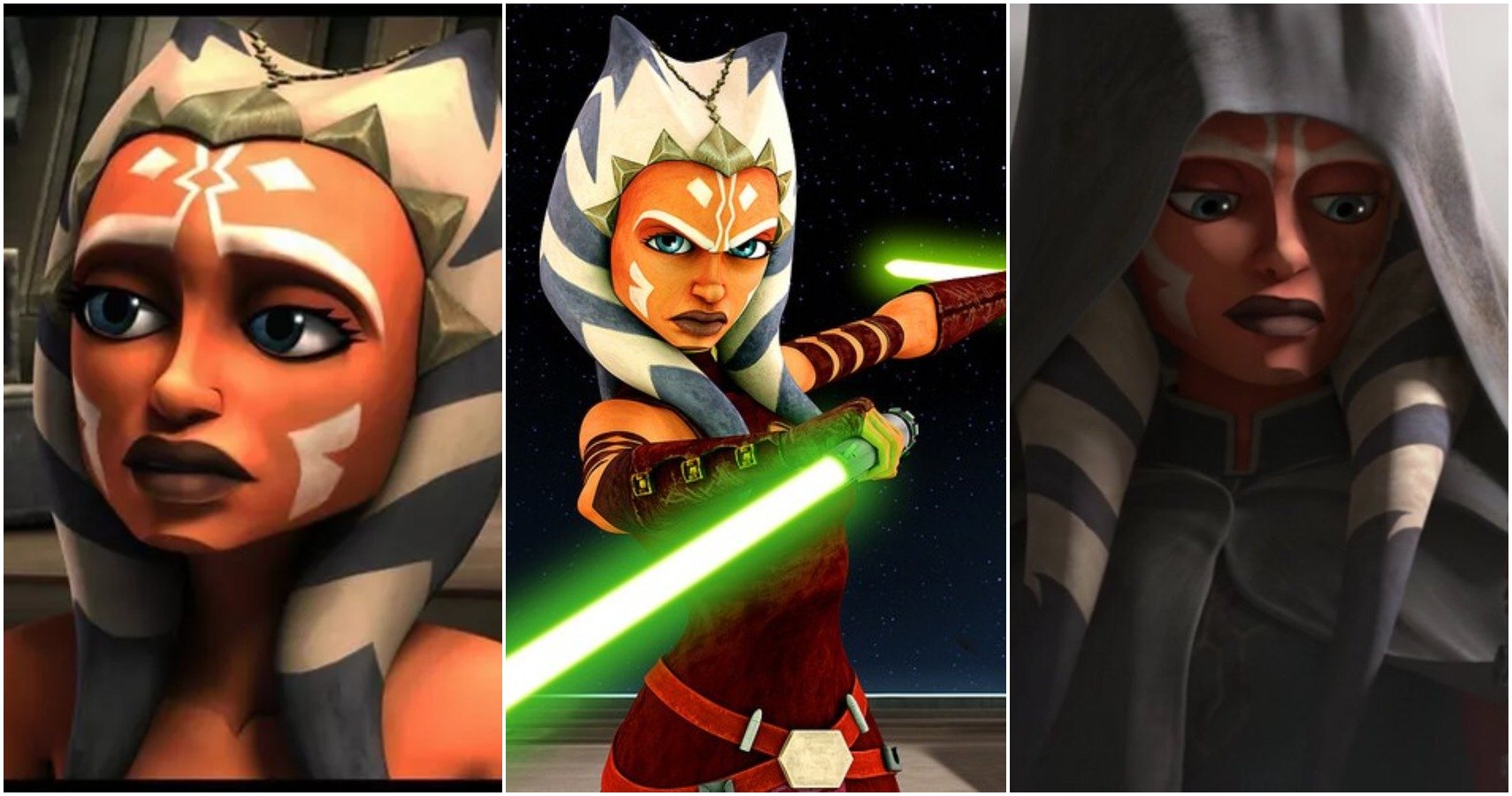 We live in a moment of great fear and uncertainty. Systems and institutions that have been an essential part of civilization for the last hundred years or so seem as rigid and myopic as the Jedi Order. Some of these institutions invoke values they no longer practice. The point of all this isn’t to be political. Like with Ahsoka, it’s to say there are no politics in being a Jedi. She leaves the order, but the order’s core values aren’t flawed. She walks her own path, but it’s also one Jedi knights long before her walked. She takes the truth and value of things that have long served society and reclaims them from a system that no longer functions.

The lesson of the prequel trilogy, and Ahsoka Tano, is that institutions will fail. People will fail. What they stood for, what they fought and died for, never does. To borrow a phrase from another franchise, “You either die a hero or live long enough to see yourself become the villain.” The Jedi became villains, or victims perhaps, of their own power. Their own myth.

It seems Luke Skywalker’s mistake after Return of the Jedi was to buy into his own legend. He accomplished the extraordinary in defeating the Empire and rescuing the soul of his father. He thought he could do anything, and perhaps no wrong and his decision to simply restart the Jedi Order ended much the same way as it did for his father. In The Last Jedi he suggests the Jedi should end. A title perhaps; an institution. But not their values.

Ahsoka lives, as Dave Filoni famously teased. So do the prequels and their message – their warning – for all of us. We have to let go of the safety and certainty of the past to hold on to what has always been true. Many balked at the seemingly continuity-shattering introduction of an apprentice for Anakin Skywalker. But Ahsoka’s existence, survival, and growth as a character is the fundamental message of the prequel trilogy. You have to look past the surface. You have to look past the history carved in stone or at least cast in the iron of our own thoughts. What we know isn’t always true, and what we believe and how we act can be different things.

The triumph of Ahsoka Tano is that Star Wars is a living, breathing, growing thing. Star Wars lives, as does its truth and hope, in whatever form it takes.