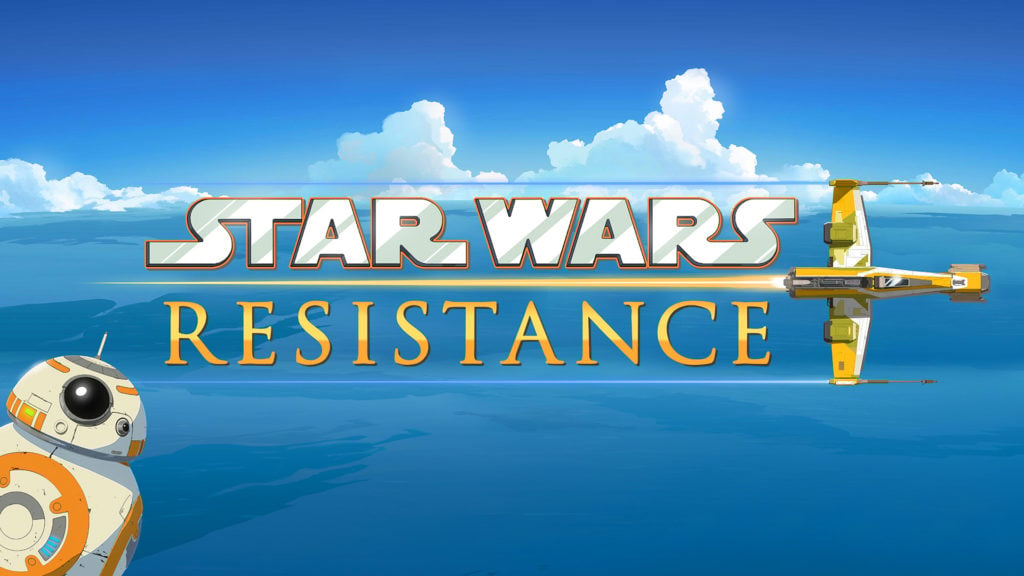 Disney Channel’s Star Wars Resistance has managed to win the Saturn Award for Best Animated Series at the 45th ceremony.

Star Wars Resistance serves as a lead-up to the events of The Force Awakens, in which series protagonist Kazuda Xiono spies on the First Order’s presence on the Colossus, a station on the planet Castilon in the Outer Rim, occasionally running into the likes of Poe Dameron and Captain Phasma. Resistance‘s competition included fellow Disney Channel show DuckTales, FX series Archer, and Fox’s Family Guy and The Simpsons. (Incidentally, all of these shows are owned by Disney following the company’s expensive acquisition of 21st Century Fox.)

The show has won the third Saturn Award for Best Animated Series, with the prior two being won by Star Wars Rebels. Lucasfilm Animation chief and Star Wars Resistance series creator Dave Filoni took to Instagram to congratulate the crew for their win:

So proud of the entire #StarWarsResistance team and the @saturnawards win tonight.

The series will be ending with its upcoming second season, which showcases what the crew of the Colossus were up to during the events of The Last Jedi and in the lead-up to the events of The Rise of Skywalker, with a finale that may even address the events of the film. The project seemed like a side-project for Lucasfilm Animation to begin with, so with Disney Channel airing the series at a really inopportune time slot for the show’s key demographic (as younger fans are not going to be up late to watch the show live on Sunday nights) and Lucasfilm not wanting to have stories set after the sequel trilogy so soon, it seems like it makes complete sense for the series to end with a lead-in to the last Star Wars movie for a few years instead of trying to explore too much of the time period.

Shortly after Star Wars Resistance ends, Star Wars: The Clone Wars will return for a seventh and (apparently) final season on Disney+, which will also host both seasons of Resistance once they become available. The first season of Resistance is expected to be ready to stream at launch, where the first six seasons of The Clone Wars will be available ahead of the show’s February return. It will be released on a weekly basis. After that, another major animated series is expected to be announced at some point – or perhaps multiple animated series.

Star Wars Resistance will return on October 6, 2019, airing every Sunday. It is not clear how many episodes are included in the final season, or what time of day that the series will be airing.