Star Wars Resistance: A Light and Fun Adventure for All Ages 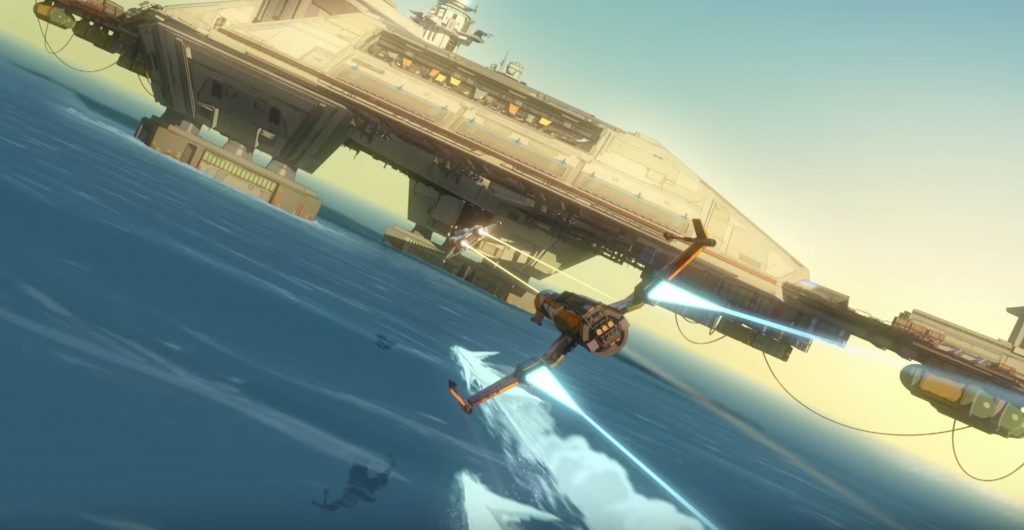 I watched the first few episodes of the new animated series Star Wars Resistance over the weekend. I went into this series will proper expectations, and understanding that this is a Y-7 animated series on the Disney Channel for kids. While the series may evolve through subsequent seasons, at the onset it is simply a fun adventure series loaded with morality lessons for kids on how to do the right thing but also how to learn from mistakes. I guess Yoda was right, “the greatest teacher failure is.”

From sharp animation, unique and new characters, here is my take on Star Wars Resistance, the latest entry into the Star Wars galaxy.

I am not going to spoil the episodes here, that’s not the purpose of this piece. I am mainly writing this to give you the reader an idea of what I generally thought about the series three episodes into the first season.

I will break it down into three sections: The characters, the animation, and the story. And to be clear I am coming at this from the perspective of what the eight year old me would take from this for two reasons. One, because it is a show for kids, and two, because if you’re a Star Wars fan, that eight year old version of yourself never left!

I was pleasantly surprised by the amount of different species of creatures this show employs from the get-go. From sidekick/supporting character Neeku to minor antagonists, there is enough variance of species to require another Star Wars dictionary to keep track! Hasbro will not run out of options for toys when it comes to this series.

I am not sure how I feel about Kaz yet, as he seems cut from a very familiar to Star Wars mold. He is sure of himself but a bit of a lost rogue who is trying to find his way. Having said that, I get why they went this route, because it is a Star Wars staple, and that trope works really well in this type of story-telling, especially targeted at kids who are growing and learning who they are and who they want to be. 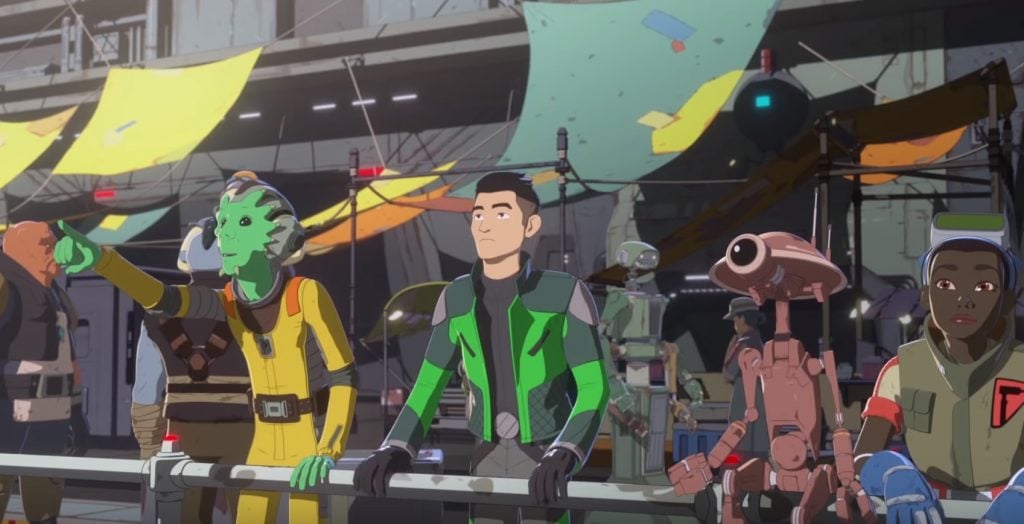 The ACES crew have such unique personalities, appearances, and traits. I didn’t get rehash vibes from any of them and find them to be a galaxy enriching addition to the list of Star Wars characters.

Another pleasant surprise were the episodic antagonists, I felt some serious Saturday morning cartoon “bad guy” flashbacks that I think the series nails pretty well.

Overall I am interested to see where these characters go from here, though I must admit, I could have used much more of the First Order presence in the show, which takes me to my next point.

The animation was immeasurably better than I imagined. From the race scenes to space scenes I was very impressed with the sharpness, color palate, and detail. The shot of that red TIE fighter approaching Star Destroyers with Starkiller Base in the distance locked me in, and immediately vaulted the show’s richness and depth. Any trepidation you have towards the animation style and execution in this series can be swiftly cast aside, as it hits on all fronts.

I know we are only three episodes in, but I feel the overall plot of the story is a side-piece to the lessons of morality that rest front and center within each episode. This makes complete sense, as again, we are talking about a Y-7 series for kids to have a fun time watching. Not everything needs to be a lore-expanding, canon-enriching deep-dive.

As I mentioned earlier, I can see the show evolving as we move along in subsequent seasons and plot lines, but as of now I feel the show has captured a solid middle-ground between Forces of Destiny and Rebels later seasons. If it maintains its place in that middle-ground, I think that makes perfect sense and will serve all ages of Star Wars fans well, but most importantly kids! That takes me to the most important part about this show for me. 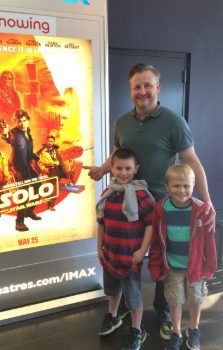 I will be seeing my eight and nine year old nephews tonight, and if they haven’t yet, I’ll show them the first episode of the series. I have no doubt in my mind they will love the show, and for that reason alone, the show achieves its primary goal, something for kids to have fun watching. Whether Star Wars Resistance matures in the way Rebels did remains to be seen, and if it does, so be it. But if it maintains its current tone throughout and bookends itself as a fun adventure that lets kids imagine being a space pilot, develop friendships, and grow, that’s all it ever needs to be.

Carrie Fisher explained Star Wars quite simply shortly before she passed away, saying, “It’s about family, and that’s what’s so powerful about it.” I think Star Wars Resistance captures that perfectly.