RUMOR: Bryce Dallas Howard and Taika Waititi May Play Characters on The Mandalorian 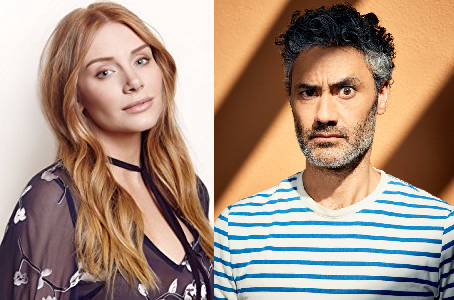 Less than a week ago, we learned that Bryce Dallas Howard and Taika Waititi would be directing one episode of The Mandalorian each. Now, a new rumor suggests that they’ll not only be directing episodes, but they’ll have acting roles in the multi-part television series as well.

Discussing Film reports that Howard and Waititi have roles on the show’s ensemble. Howard’s role is not described in the slightest, but Waititi seems to be taking a page out of the Thor: Ragnarok playbook and will be portraying a CGI character, this time a droid instead of an alien. Neither roles are treated as “lead”-tier roles, so suffice to say, neither of them are the titular Mandalorian, and we should probably dispose of any speculation that Waititi will play Boba Fett immediately. We still don’t know about who is playing the lead character; Pedro Pascal, who was rumored to be a potential actor for the lead role, may no longer be in the running for that part if newer reports from Making Star Wars are to be considered.

Star Wars: The Mandalorian is currently in development for Disney’s streaming service, set to arrive in late 2019 around the time the service launches.