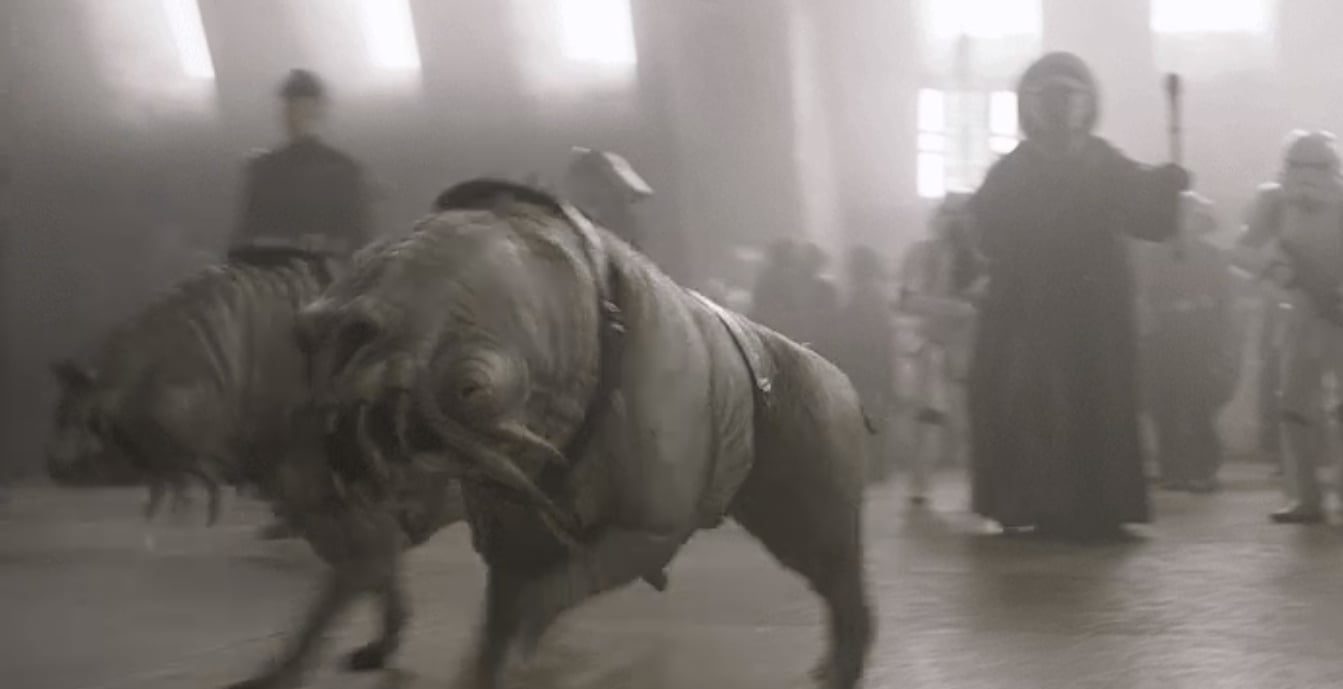 Just a day before the official Solo: A Star Wars Story world premiere, we get a look at a new IMAX poster, two new clips, and several interviews with Han Solo himself Alden Ehrenreich. Check them out.

Next we dive into the first official look at the Corellian hounds, which we discussed before based on some toys and sticker book reveals. We know that the gang leader Moloch owns a few of these tamed beasts, and we speculated that they will play a role in the race between Solo and Moloch that we’ve seen in the trailers. Now thanks to ILM’s Twitter account we get a first look at the creatures in action:

Solo director Ron Howard took to Twitter to reveal the exclusive IMAX poster for his movie:

Also several interviews with Alden Ehrenreich started to appear on YouTube and we strongly recommend you to watch them all:

Solo: A Star Wars Story hits theaters on May 25.