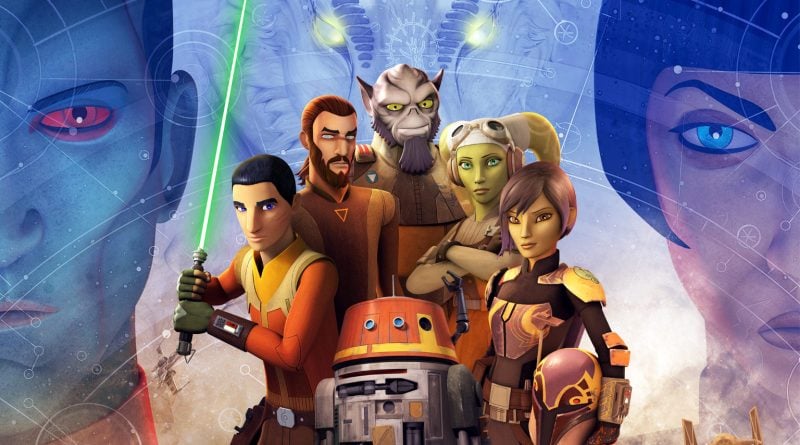 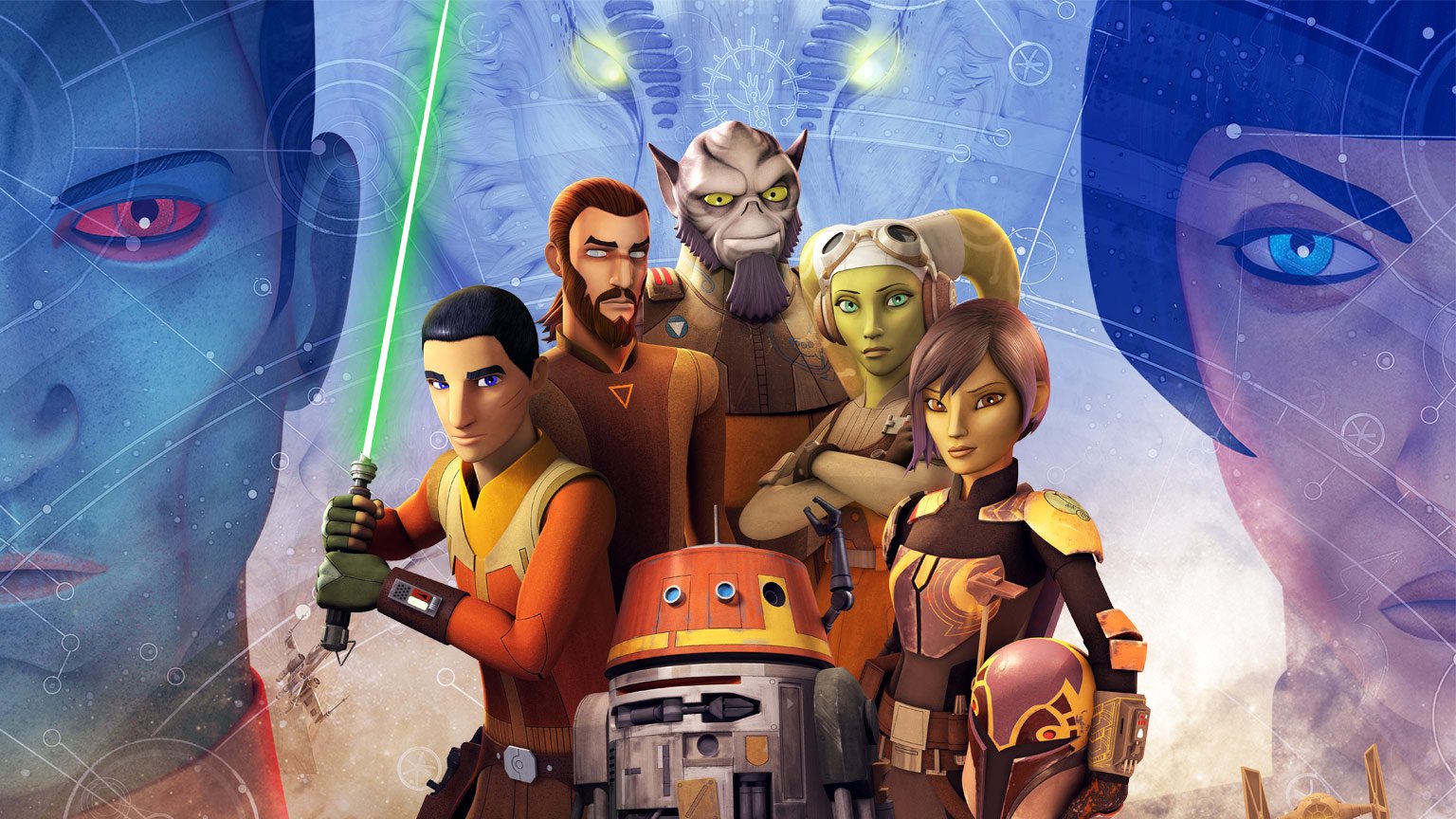 So Rebels has had it’s last stand on Lothal and I decided to build up to the finale by recapping the 4 seasons of the show. Beware, if you are not completely caught up with Rebels, there will be SPOILERS.

I have been an avid fan from the first episode ‘Spark of Rebellion’ which aired in 2014 and although I understand some of the criticism that the show has been given, it has undoubtedly produced some of the best moments and story telling across all of Star Wars lore. This has been down to, in large part, Dave Filoni’s meticulous planning and vision for the series. Much of the critisism came from so called ‘filler episodes’, but the show’s creators have proven time and time again that all episodes have their purpose and are establishing connections and moments that paid off later in the series. This was never more evident than when the Purgils showed up in the series finale! One which, although didn’t make this list, was a fitting end and yet an exciting preview of what might yet come from Star Wars’ story group…

Before we start I have to share my favourite memory of Star Wars Rebels so far… This comes in the form of the Rebels panel at Star Wars Celebration 2016. I have been to many major sporting, music and film events but nothing will ever come close to the atmosphere in that room when it was announced that Thrawn would be joining the series and Star Wars canon. It was electric and burst into an entire room of fans, young and old, celebrating the news. You can see the full panel below…

My only note would be that after creating this list, I have realised that it heavily revolves around characters outside of our small band of Rebels – this doesn’t mean that I haven’t enjoyed their story, I have have just loved the cameos of other characters!

Ok so let’s get started…

For me this episode summed up everything about Dave Filoni’s persistence and confidence in his own story telling. Ahsoka Tano has returned and this is the first time we see how she has developed since leaving the Jedi order. The ease at which she dispatches the inquisitors is impressive and all the more powerful after watching our heroes Ezra and Kanan struggle with them for over a season at this point. For me, Ahsoka, along with Maul (more on him later) have the best character arcs in all of Star Wars. To have turned a character that was met with such hatred from the fandom, into one of the most beloved characters in Star Wars is no small feat and the team behind The Clone Wars and Rebels should be applauded for it. Enjoy:

Probably the most anticipated episode in the series’ run one I have revisited more than any other. In the trailer we were shown a very familiar looking Obi-Wan Kenobi sat by a fire before Maul appears and ignites his lightsaber. We all knew this was coming but the way the episode was shot was nothing less than cinematic. I fully understand that most casual fans would not know Maul’s entire story (which I covered here before the episode) but I can’t help but wish this were on the big screen. Filoni and his team set it up perfectly with Maul stumbling across Kenobi’s reason to be on Tatooine (Skywalker) and although extremely short, the fight brilliantly sums up how the characters have progressed. Kenobi having taken on what he has learnt and Maul still stuck in the past trying to exact revenge on those he feels has wronged him. The interaction between the two characters after the fight shows Maul’s regret and recognition of the true evil in the galaxy. This episode shows off the incredible voice talent that Rebels boasts with Sam Witwer (Maul) and Stephen Stanton (Kenobi) putting in, what I believe, are the best performances we have seen in a Star Wars episode to date. A perfect example of how to get fan service right!

The first episode. If this doesn’t work, the series doesn’t work… Luckily for us, they nailed it. Introducing us to what we now know as Phoenix Squadron. Kanan, Hera, Zeb, Sabine and Chopper meet Ezra on the planet Lothal and we begin our adventure with the Rebels. There are plenty of moments in this episode that I look back on as an important reason for why I wanted to continue watching but the one below tops them all. Above all other ‘moments’ in Rebels, this is the most important for our main characters. The realization that there are Jedi left in the galaxy, the hope it brings to the rebels and the fear it brings to the Empire.

The latest addition to this list and there is no better way to describe this episode than the phrase; game changer. We finally learn what happened at the end of the Vader v Ahsoka battle, we learn that time travel (of sorts) is possible in the SW universe, we find out how Plagueis (probably) could cheat death and we have so many cameos that I didn’t even bother counting (Alex from Star Wars Explained did it for me here)! More than any other episode of Rebels I felt myself shouting at the screen, I simply couldn’t believe what was happening. If Filoni has shown his persistence and confidence in previous episodes; this certainly showed how extremely well planned this all is. We’ve been guessing for years about the fate of Ahsoka but no-one would ever have expected this; he had it planned all along. A jaw dropping addition to the Star Wars universe.

This episode had EVERYTHING. Vader v Ahsoka, Maul manipulating Ezra, Kanan going blind, holocrons, ancient sith temples, crossguard lightsabers…this list goes on. There’s really not a lot else I need to say about this episode other than it is the height of Rebels storytelling. Here is the pinnacle… I am no Jedi.

So that’s the list! What did you think, do you agree or would you have put other episodes in there?

Continue the discussion below, in The Cantina Forums or over on twitter with @starwarsnewsnet, myself @samppthomas and the rest of the SWNN staff!

“We are what they grow beyond.” 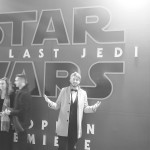 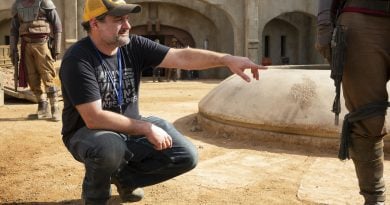 Review – Disney Gallery: The Mandalorian Episode 1 “Directing” Will Make a Filoni Fan Out of Anyone 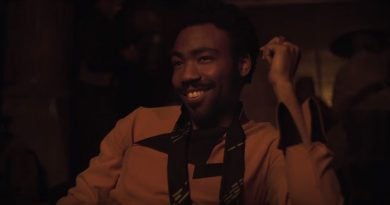 Rumor: Donald Glover Returning as Lando in His Own Disney Plus Series 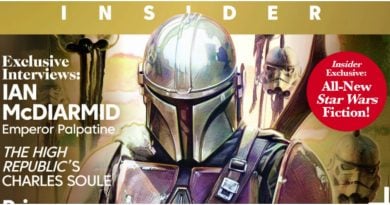