A New Look at the Final Episodes of Star Wars Rebels 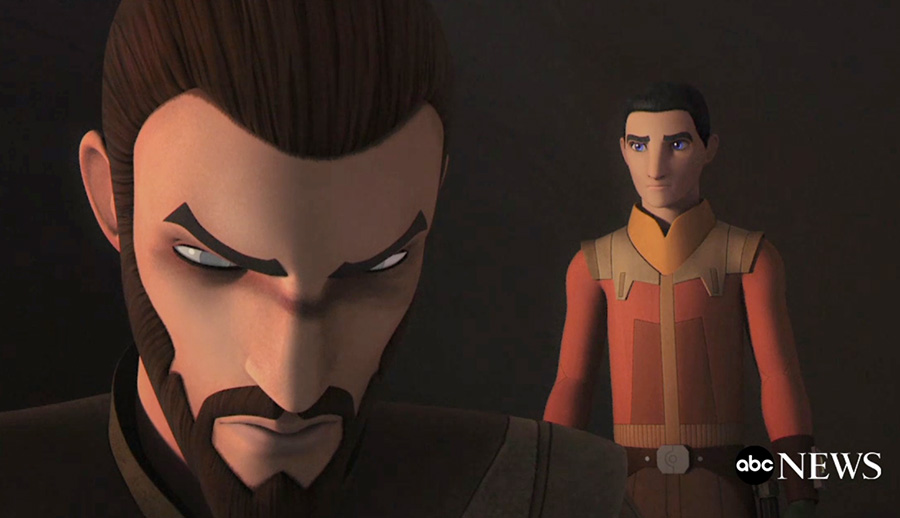 We are just under a week away from the final seven episodes of Star Wars Rebels and for all of those who have been itching for something to hold them over till the premiere next Monday, you’re in luck. Dave Filoni sat down with Clayton Sandell of ABC News to talk a little bit about the series’ end and to show off a clip titled “Jedi Night”.

The clip shows just how far Ezra and Kanan have come since the series began and how their dynamic as master and apprentice has changed. Kanan asks Ezra to take the lead on the mission to save Hera because he is too emotional to set up an effective plan.

This is a great scene between the two of them and I love the character growth we’ve witnessed between them this season. Filoni calls it a “big decision moment” and Kanan knows it’s best to not take the lead on this one.

In a particularly cryptic note that will only fuel speculation that Kanan will die before season’s end, Sandell points out this scene could foreshadow a familiar twist in Star Wars – the wise master dying and handing over the reins to his student.