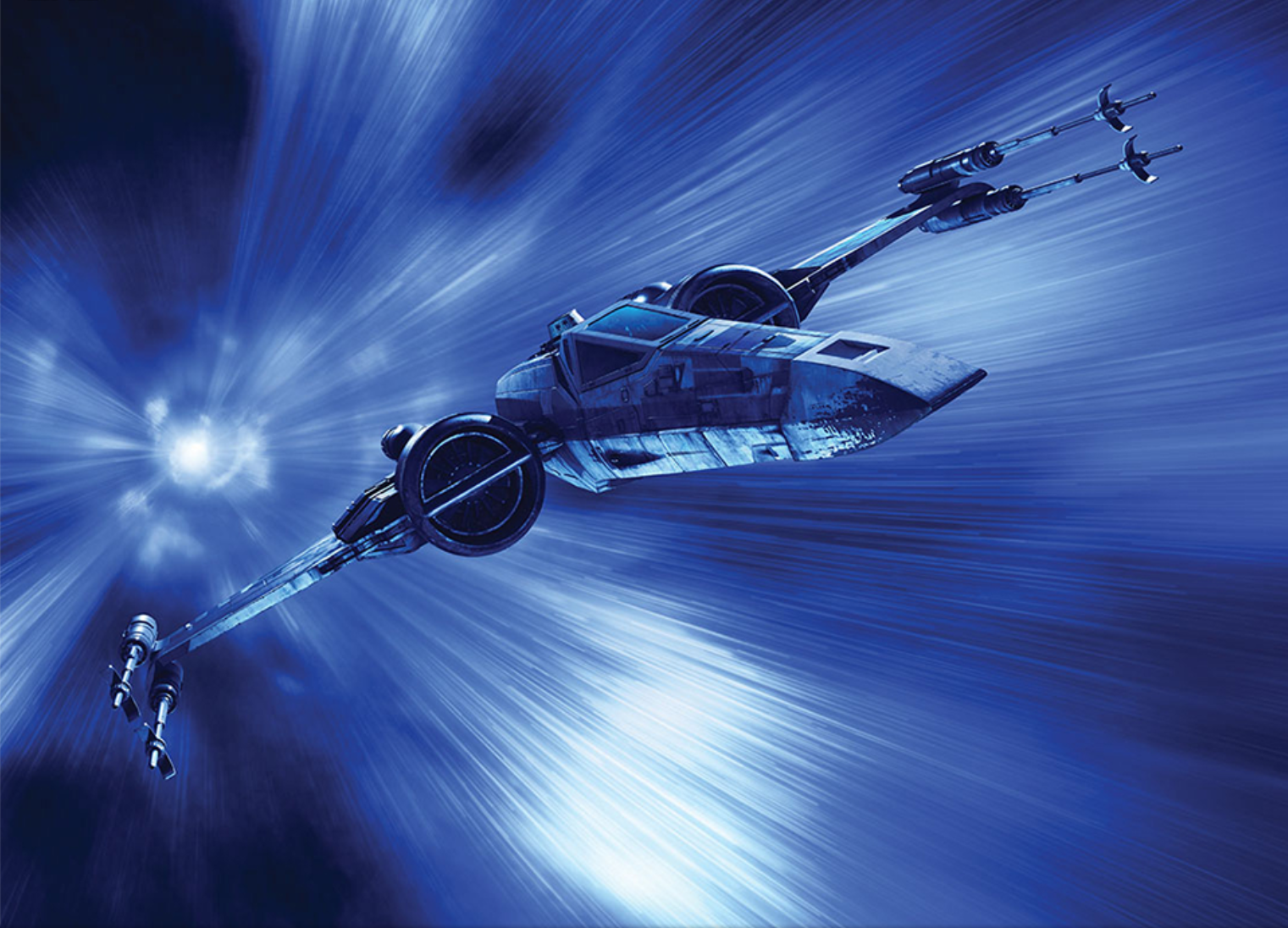 The Last Jedi, as directed by Rian Johnson, is proving to be a monster blockbuster box office hit. Johnson’s eighth entry into one of the most iconic franchises in cinematic history currently has a whopping 93 percent approval rating from critics counted by Rotten Tomatoes. Of the 316 reviews currently available, only 23 were not favorable. However, the fan Tomatometer gave it a 55 percent approval rating, the lowest of any Star Wars film to date. Honestly, I really don’t understand how this is possible. Despite this fact, the new installment has some moviegoers unhinged with Rian Johnson’s take on the series. Regardless of feelings, lets take a look at some things that may alter their view of the film.

Johnson (Looper, The Brothers Bloom), in his Star Wars directorial debut, was brought in with the task of continuing the Star Wars saga that was jump-started with J.J. Abrams’s The Force Awakens (2015). Recently, there has been a lot of concern that this movie will just repeat the story beats of The Empire Strikes Back. However, the director has put that theory to rest by staying away from anything “Empire” related. Instead he has slipped some really cool fan service from the other Star Wars films into it. In fact, there are several references that we’re still finding out…. 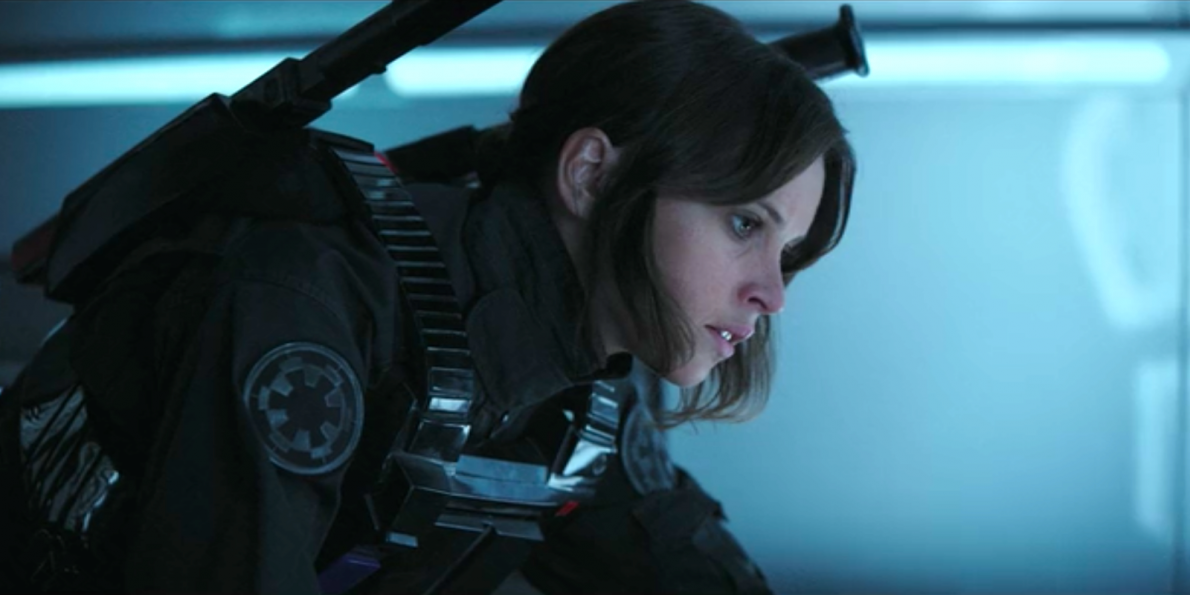 One Star Wars fan recently pointed out on social media (via EW), that Rogue One: A Star Wars Story contained a throwaway reference to a plot point in Johnson’s The Last Jedi. If you’ve ever had the joy of watching the film, then you’ll surely remember the important database scene! In it, Jyn Erso is surfing through the Empire’s database on the planet Scarif when she mentions several projects in the works that include a “hyperspace tracking, navigational systems,”. This appears to be the same method the First Order used to track the Resistance in the The Last Jedi. It also seems that the First Order has been working on and refining old Empire technology.

Hidalgo also clarified the Tweet, stating that the hyperspace tracking came from the Tarkin Initiative, a secret Imperial think tank. “If something doesn’t seem, on the surface, to move the plot forward, try looking at what it might be doing to character.”

Unsolicited pro tip: If something doesn’t seem, on the surface, to move the plot forward, try looking at what it might be doing to character. (e.g.., Luke rushes off to save his friends in ESB only to need rescuing himself and thus further endangering his friends).

“No…there is another…” – Yoda, The Empire Strikes Back 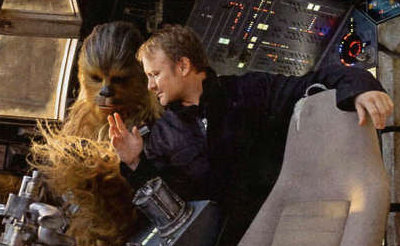 Johnson seems to be fond of adding Easter eggs to his The Last Jedi film. In fact, there’s still one more potential Easter egg from a film that has yet to be released. The film, titled Solo: A Star Wars Story an upcoming space Western film centered on the story of a young Han Solo and his early adventures. In Johnson’s The Last Jedi Luke enters the Millennium Falcon and quickly snatches up some golden dice, that end up being a reminder “that not everything that is gone is truly lost”.

So what’s up with the Golden Dice? Recently, Hidalgo spoke about them in a Vanity Fair interview.

“The story that you would hear if you traveled to cantinas or watering holes around the Star Wars galaxy is that those dice were involved in a game of Corellian Spike — a dice-using version of a card game called sabacc,” Hidalgo said. “Rumor has it Han won the Millennium Falcon with those dice. Whether or not that’s just bar talk, I can’t say.”

While it sounds like Hidalgo is referencing that we’ll get the answer in the Ron Howard directed Solo film, one can never be too sure. Whether or not it was Howard who played a part in adding the “potential” Easter egg, or if it was just Johnson who just wanted something Solo for his important Luke and Leia finale remains to be seen. 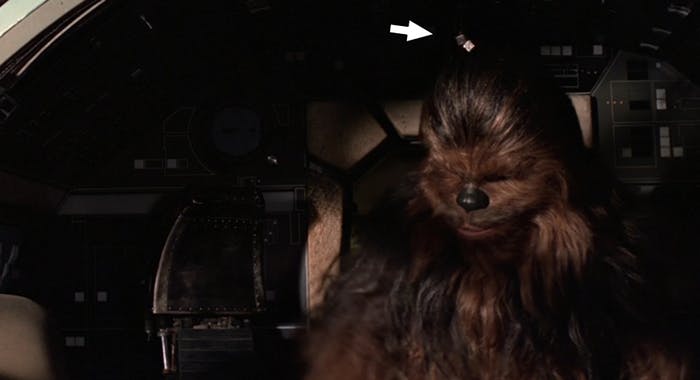 Anyhow, you’ll probably hear any reputable Star Wars fan point out the fact that there’s dice hanging from the dashboard of the Millennium Falcon’s cockpit in the original Star Wars film. However, these were introduced as a visual gag back in 1977 and only hardcore fans of the series would understand the visual reference. Which is why I’m leaning towards a Solo film reference. I guess we’ll find out in May!

And now that Pablo Hidalgo, with the nudge from a cool fan has confirmed the presence of one “Hyperspace” Easter egg, we’re sure that many other Star Wars fans will get busy watching it again in the hunt for even more.