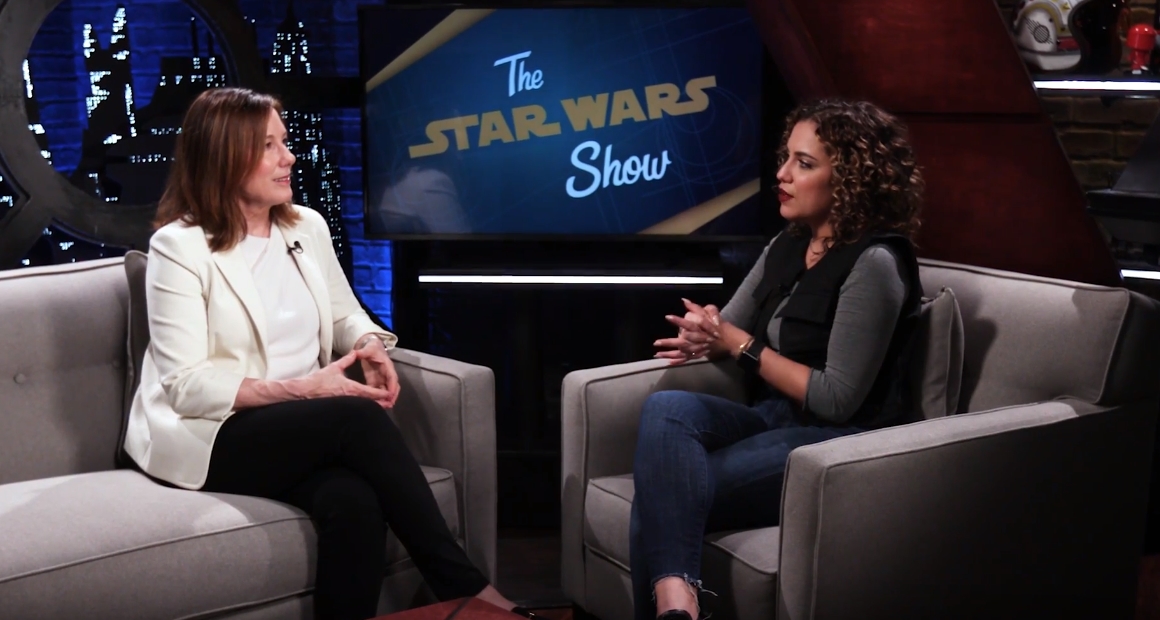 Andy talks with Lucasfilm President Kathleen Kennedy about everything Star Wars (including baby Porgs) but most importantly about the future of Star Wars and where it’s headed after Episode IX and the current stand-alone movies; First look at some gameplay footage of Kylo Ren from Star Wars Battlefront II; Some new Funko toys and more.

Watch more of The Star Wars Show at Star Wars on YouTube.

StarWars.com has just posted the full interview with Kathleen Kennedy. Check it out: