If the merchandise is of any indication, BB-8 and BB-9E won’t be the only BB droids in town. A new BB unit, which will be aligned with the Resistance, has been revealed as a Funko Pop! Wal-Mart exclusive.

As seen on r/StarWarsLeaks, someone has taken a photo of a Wal-Mart exclusive Funko Pop!: a Resistance BB unit. 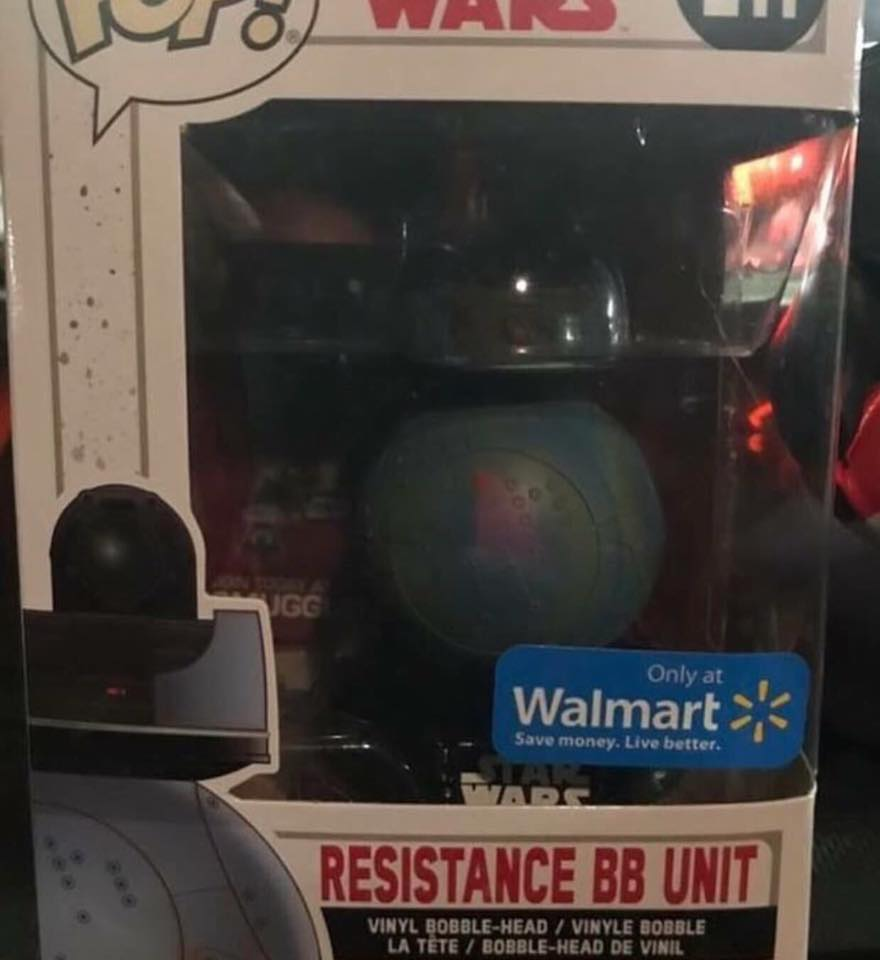 From the looks of things, it appears as though the “flat heads” seem to be the default version of these particular droids, most likely as a way to make BB-8 visually stand out. Disney likely made a small fortune off of BB-8 merchandise alone with The Force Awakens, so it’s not too surprising to learn that we’ll be seeing more BB droids from here on out.