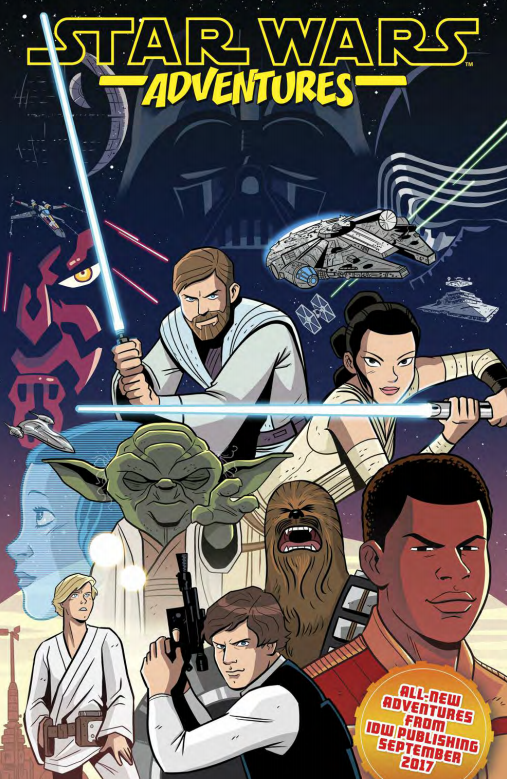 Thanks to StarWars.com, comic fans can get an exclusive first look at the upcoming Star Wars Adventures ongoing comic series for all ages from IDW, which is set to hit shelves this September. The special early “ashcan” preview will be available to attendees of SDCC, but you can download the preview now for an even earlier glimpse at what IDW has in store.

For those of you who may be wondering what in the heck an “ashcan” is. Here is a brief description from Wikipedia:

“During the golden age of comics, ashcan editions of comics were printed to establish copyright. They often went straight from the printer to the “ashcan”. Today, “ashcans” could more accurately be described as mini or digest comics.”

The preview is written by Landry Q. Walker (Tales from a Galaxy Far, Far Away: Aliens), who is also confirmed to later write for the series alongside regular series artist Derek Charm (Jughead). Head on over to StarWars.com to download the free preview or check out the images below. 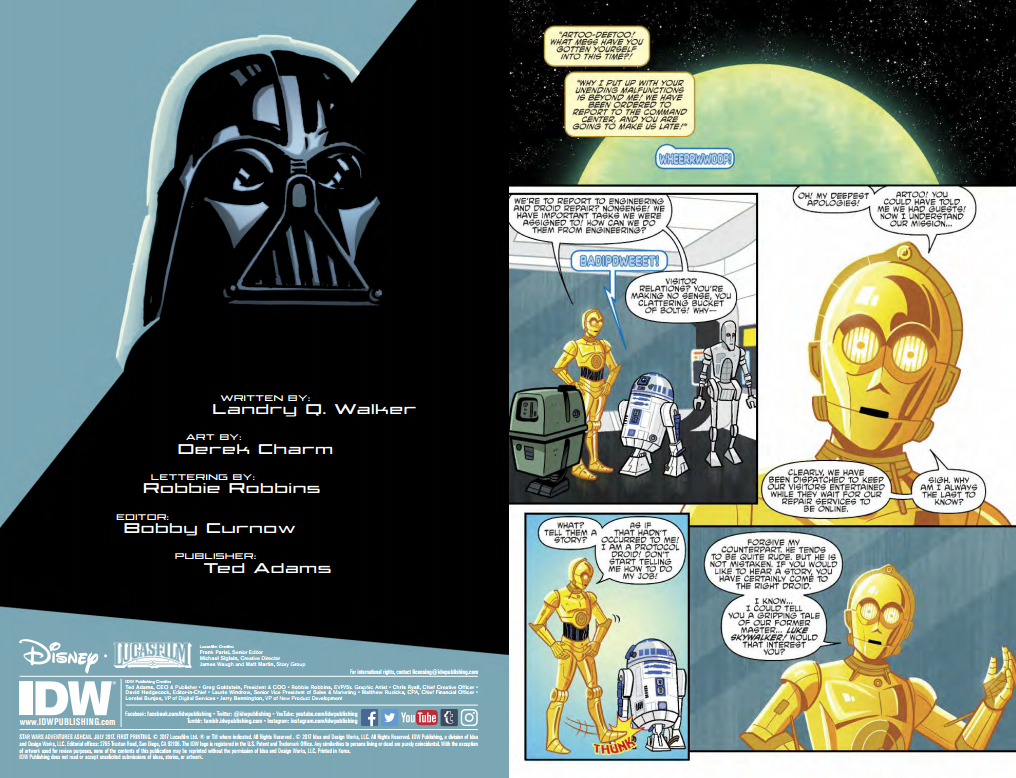 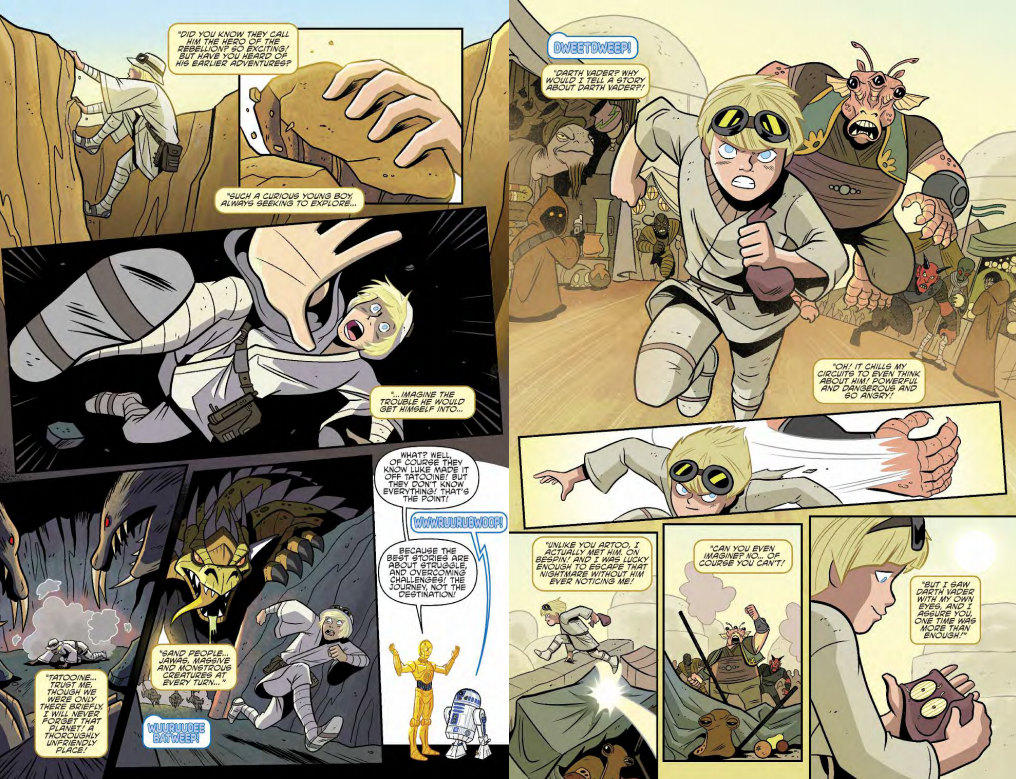 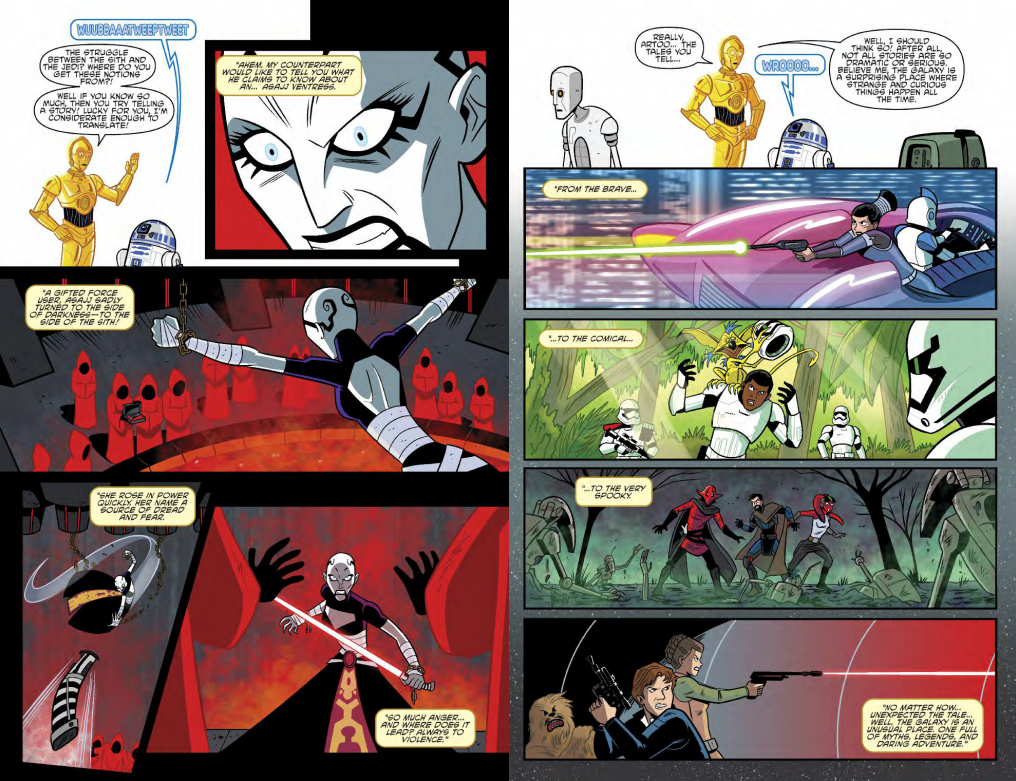 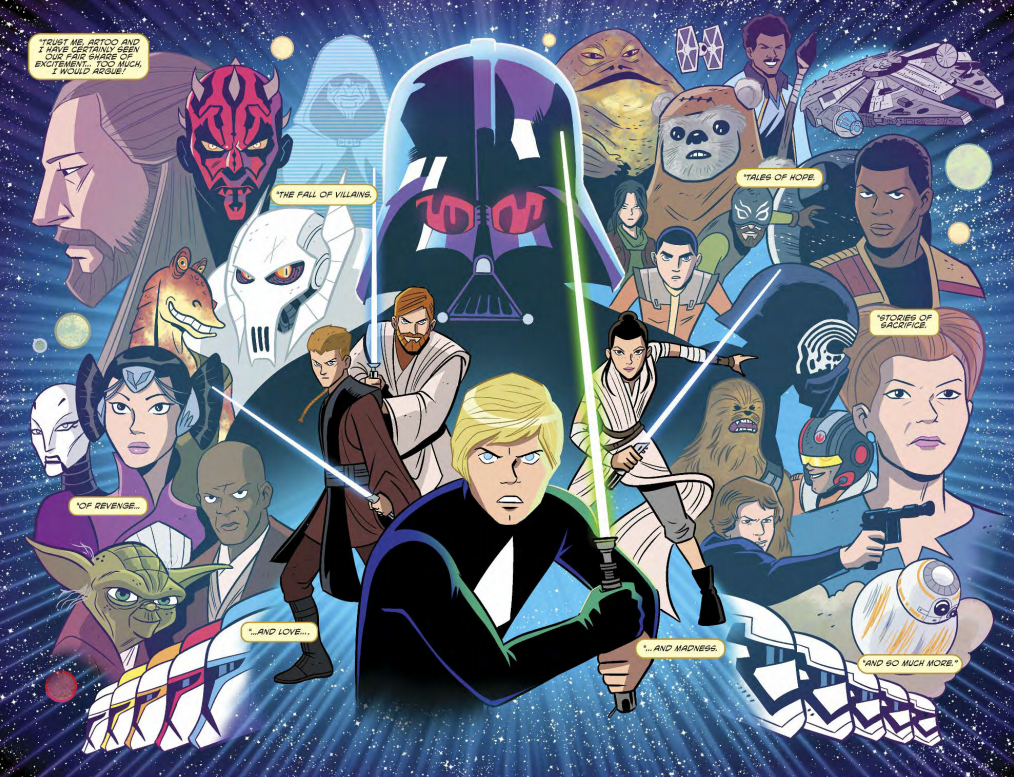 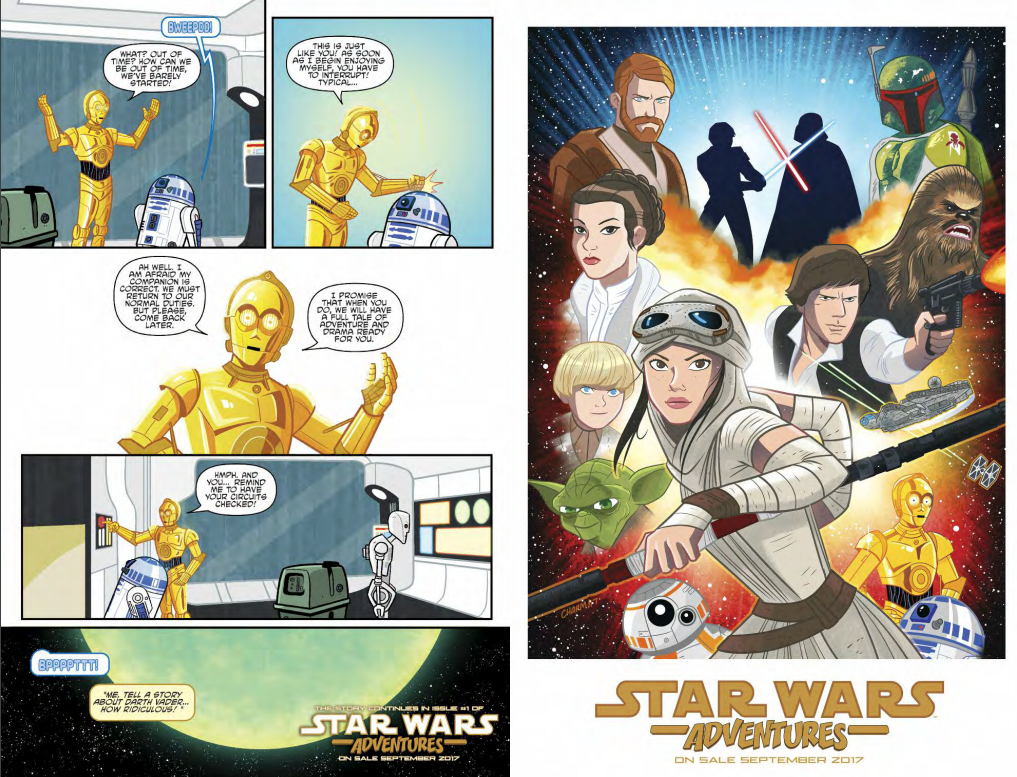 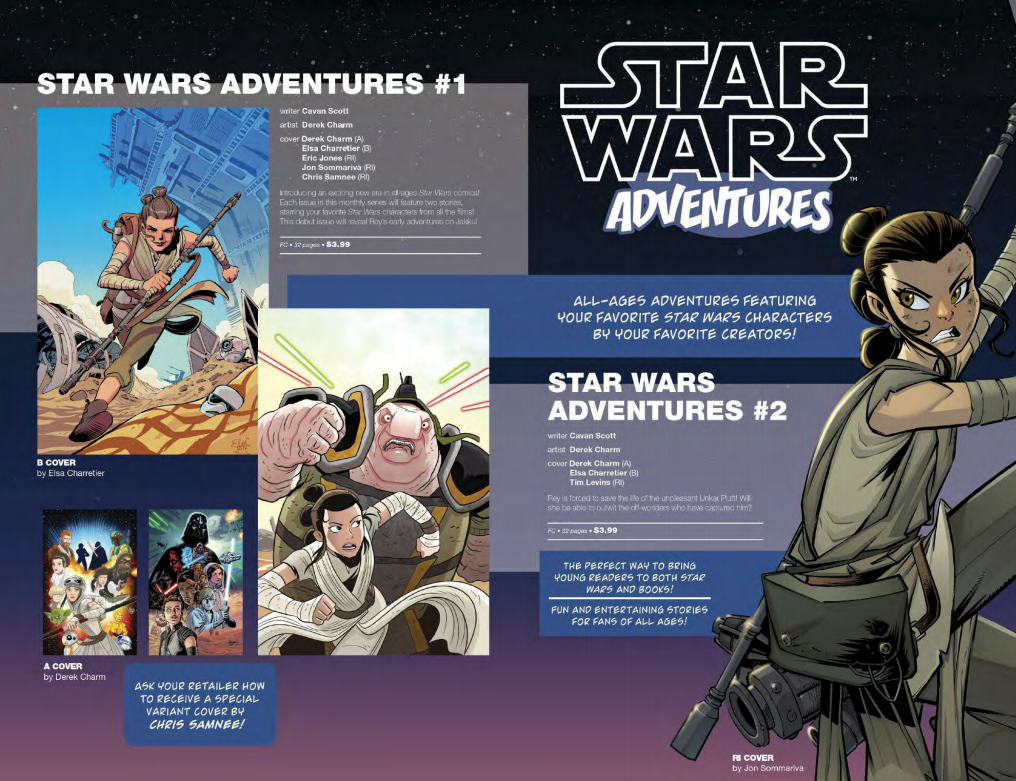 Check out Star Wars Adventures #1 by Cavan Scott and Derek Charm in stores and digital on September 6.