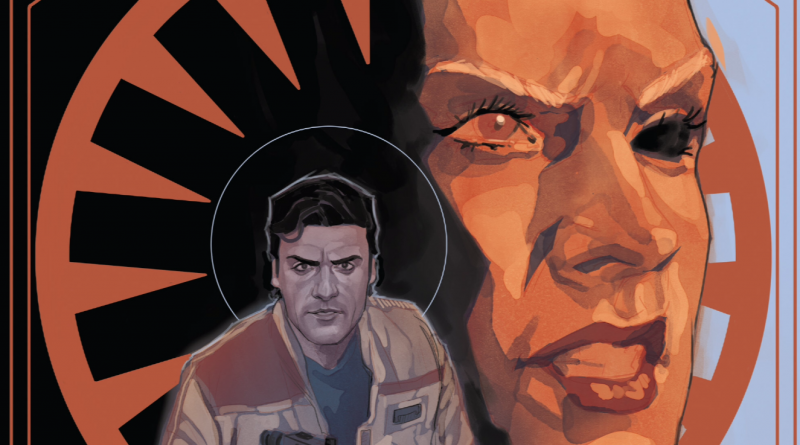 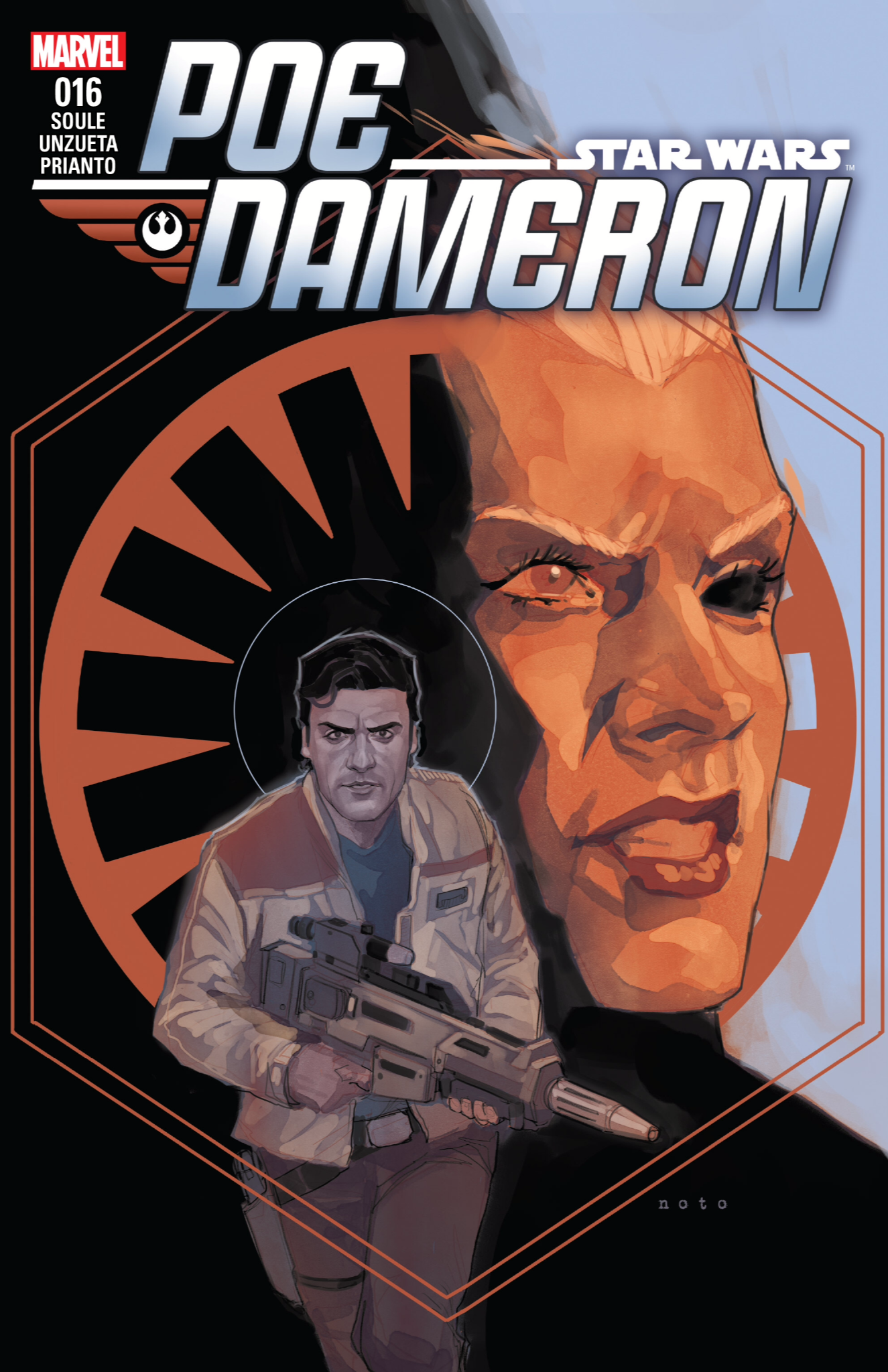 Poe Dameron and the Black Squadron are back, ripping through space, attempting to recover much needed fuel for the Resistance. The First Order is attempting to complete their theft of the fuel, while leaving Poe trapped on a ship set to detonate if he slows down at all. If the Black Squadron fails, they not only lose the fuel, they could lose another member of their team. SPOILERS AHEAD….

I think it’s official that the search for Luke Skywalker via Lor San Tekka has been put on hold. We last left the Black Squadron in quite a predicament. Poe can’t reduce the barreling speed of the freighter he’s trapped in, while the rest of the squad can only fly along side him, trying to clear the way of the asteroid field they must pass through to stop the First Order. Poe’s claim that he can “fly anything” is certainly being put to the test. A big problem the members piloting the X-Wings have is that they are almost out of fuel. Nothing is easy for the Black Squadron.

It’s not pretty, but the Black Squadron make it aboard the Romary. They have to come up with a plan quickly, but the obstacle of their X-Wings being powerless and not knowing where their lost fuel is confound the pilots. Fortunately, BB-8 is able to track where the First Order are headed because of an ore component in the fuel. 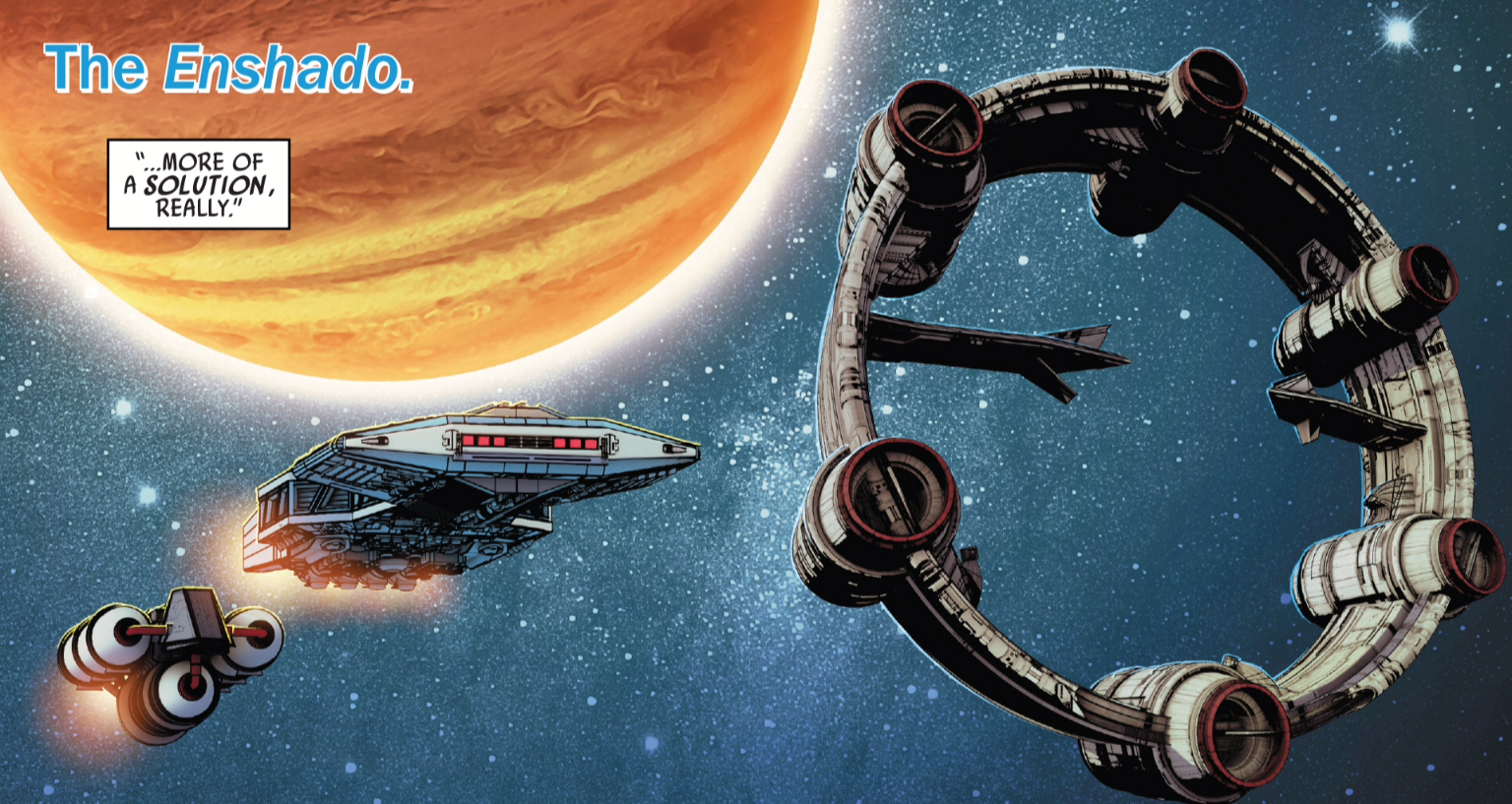 Despite the roadblocks the Black Squadron faces, they can still catch up with the First Order vessel, the Enshado. The Enshado does not have a hyperdrive and has to depend on this hyperspace ring. Notice how we haven’t seen many First Order Star Destroyers. It kind of makes me think that most of their fleet is scattered around the Unknown Regions, waiting to pounce. They don’t seem as desperate for resources as the Resistance is, which makes me pretty nervous for our heroes come The Last Jedi, but we won’t get into that now. Just a thought. 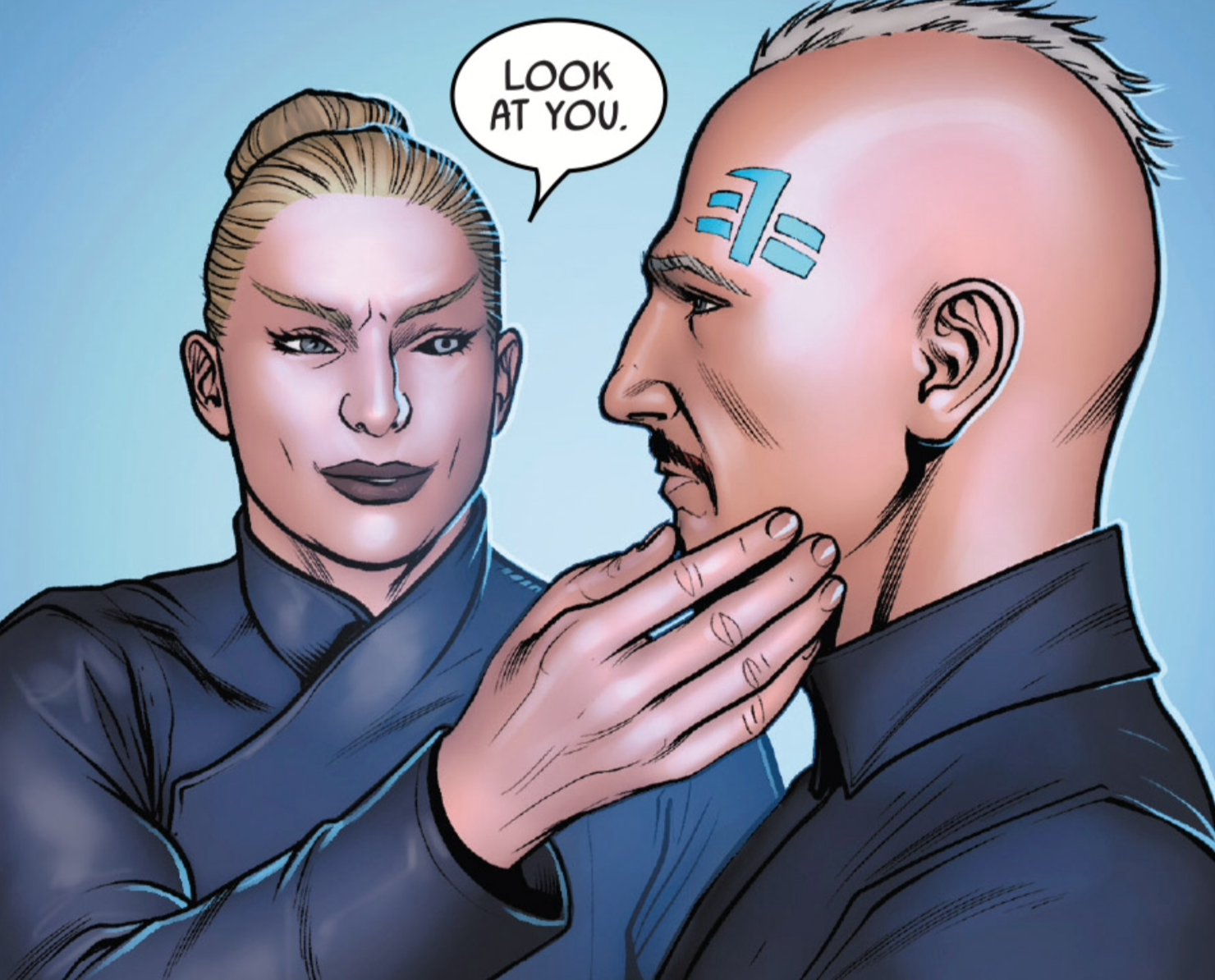 Commander Malarus is really enjoying the post-lobotomy version of Terex. She seems almost sure the real person is trapped inside the walking automaton he has become as she teases and torments him. I can’t say I feel too bad for Terex, being he’s easily one of the biggest jerks we’ve met in this era of the Star Wars Universe. Yes, I know Supreme Leader Snoke is king of the bad guys, but Terex is just a jerk, and I’m happy to see him get knocked down a few notches in the First Order pecking. I’m also going to go out on a limb here and say Malarus has probably enjoyed a Corellian Ale or two with Phasma and Hux, no doubt discussing their diabolical plans for the galaxy.

Malarus and the First Order detect the Romary heading straight toward them and the tank of stolen fuel they are hauling. The only thing the First Order really knows about Poe at this point is that he’s not really frightened of anything and will take whatever risks necessary to help the Resistance. Malarus doesn’t know if they are being attacked or if Poe is going to pilot the bomb right into them. It’s quickly proven she doesn’t command well under pressure.

The Black Squadron managed to siphon some fuel from the Romary, getting their X-Wings back in flying condition. Once they are airborne, Terex informs Malarus there is little chance the Enshando and it’s compliment of TIE Fighters are any match. This is not a snarky comment, simply Terex’s mind calculating the odds and relaying information. The First Order’s plan begins to come undone once the Black Squadron is doing what they do best. 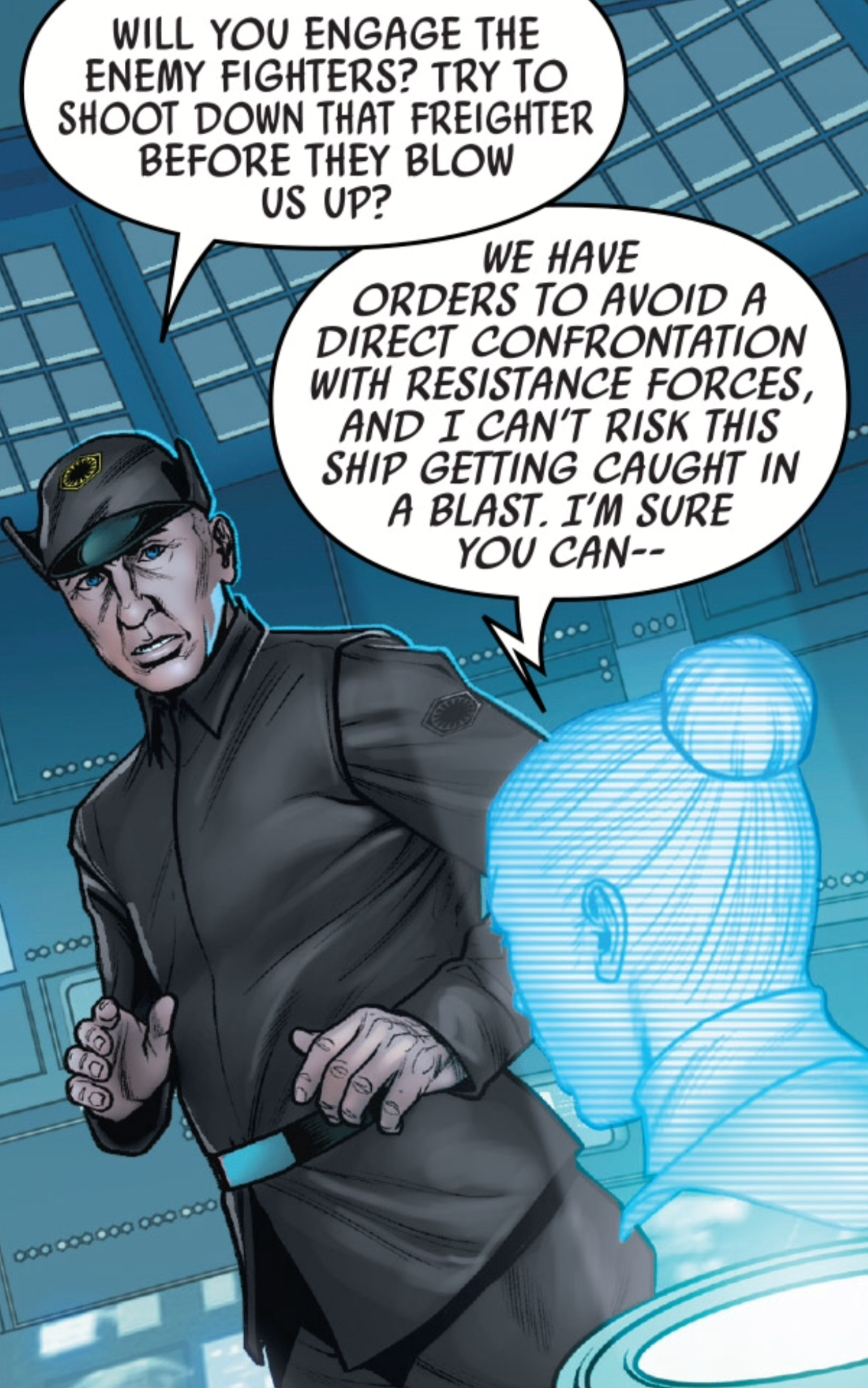 It’s not the first time we’ve seen this strange armistice between the First Order and the Resistance. I imagine we’ll get more of this fleshed out in the future, but both sides are quite reluctant to fire the first shot. The fragility of the New Republic is something Claudia Gray’s excellent Bloodline detailed well, and that, coupled with Hux’s declaration that the New Republic’s quiet support of the Resistance was “treacherous”, make me think there is a play on both sides to rally systems under their banner.  The Force Awakens is when the “poodoo” hits the fan, but the stories leading up to this do a good job portraying that the rest of the galaxy had no idea the evil the First Order presented. Each side held back their aggression, until a killing blow could be dealt.

Take a close look at where Terex’s head smashed the wall after Malarus lost her temper. I’m guessing we have seen the last of Lobo Terex. I’ll bet he plays along with Malarus for a while, pretending he’s still under her control. It should be interesting to see what his new long game is, but I doubt it will end will for Malarus.

Our heroes live to fight another day. The Black Squadron get their fuel and are headed back to base. There’s an uncertainty about their victory, though. The First Order has proven they are on to them and are going to continue to make their fight more difficult. I’m not sure how close we are to the events of The Force Awakens, but I have a feeling General Organa is going to want that search for her brother to get back on track very soon.

Poe Dameron is currently my favorite of the Marvel series out right now. Doctor Aphra is a close second and I could see it overtaking Poe once the Screaming Citadel event is over. Writer Charles Soule is doing a damn fine job spinning great Star Wars yarns for us comic fans. With his great work on this and the new Vader series, I anticipate his name is one you will see more of as the ever expanding canon…expands.

Also, I’m happy to see as much Leia as we can get in this series. 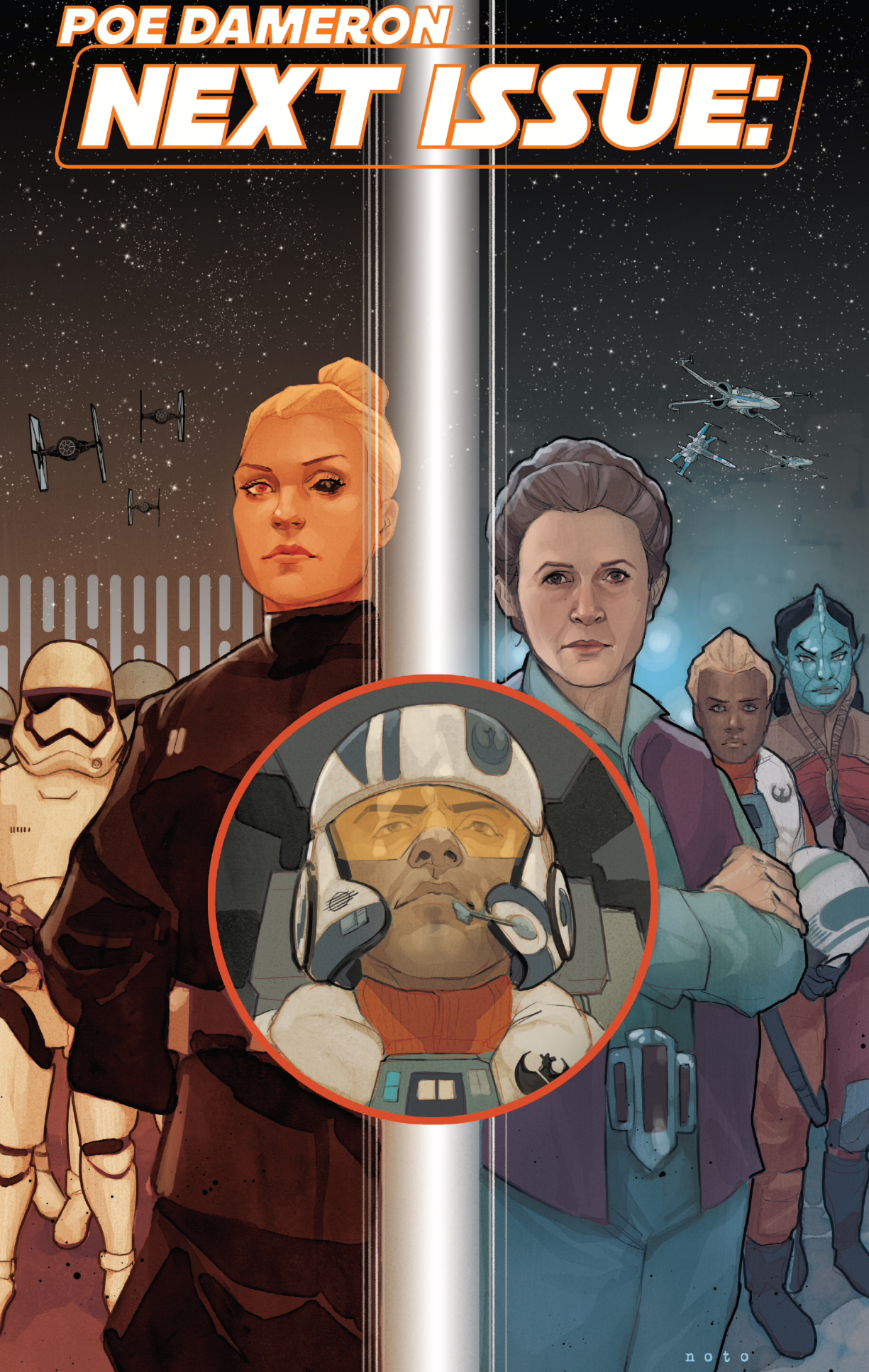 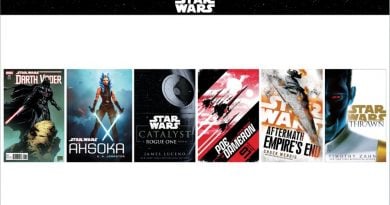 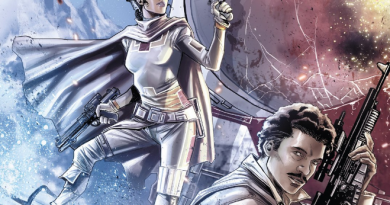