Mark Hamill Will Receive a Star on the Hollywood Walk of Fame! - Star Wars News Net Go To Top
Skip to content

Mark Hamill Will Receive a Star on the Hollywood Walk of Fame! 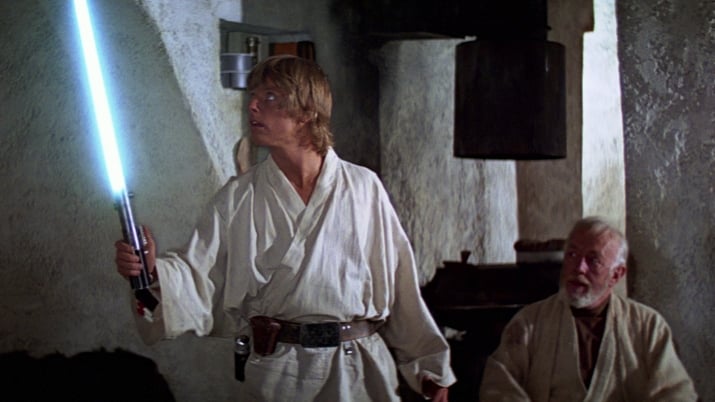 The Hollywood Walk of Fame has grown pretty large by now, with several names being added each year since the 1950s – they’re at over 2,600 stars by now, and with so many famous people out there, the Hollywood Chamber of Commerce is still adding names that surprisingly weren’t there before. And this year (or next year, technically, in 2018), veteran Star Wars actor Mark Hamill is one of the couple dozen celebrities who’ll be getting their own star on the Walk of Fame.

That’s an impressive crowd, and to promote the big news, Hamill quoted a line from his scene in The Force Awakens: 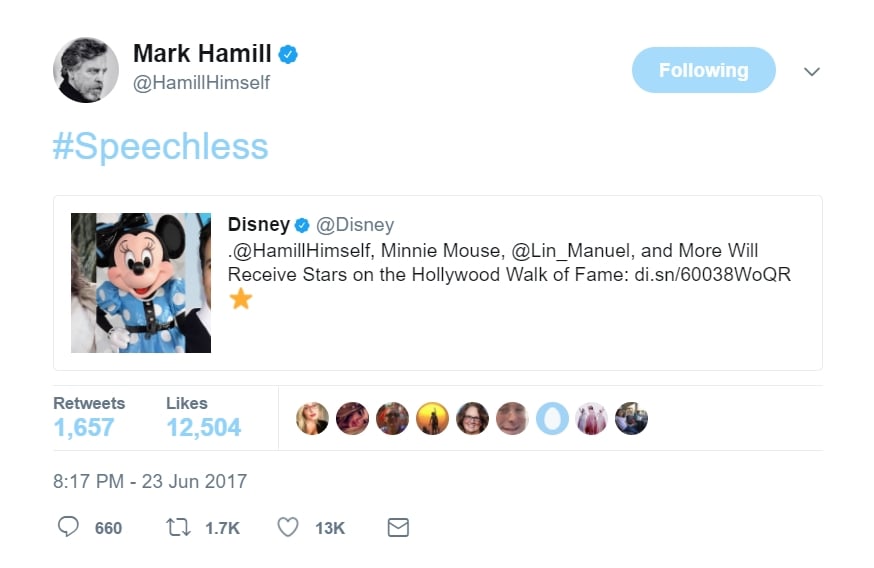 Hamill first appeared in Star Wars 40 years ago, in one of his first film roles, and Luke Skywalker alone is an iconic enough character to earn him the star. He’s had an extremely prolific voice acting career since then, including being the iconic voice of the Joker in several Batman shows, but it’s probably Luke Skywalker that got him his own little chunk of Hollywood sidewalk.
His upcoming return in The Last Jedi at the end of the year may also be why he’s getting it now, but like many of the names on that list above, it’s been overdue anyways. He also won’t be the first Jedi to enter the Hollywood Walk of Fame: other Star Wars actors who already had their own stars include Harrison Ford, Billy Dee Williams, Alec Guinness, Samuel L. Jackson, and Forest Whitaker (although he got his long before Rogue One, of course).
Before you visit Hamill’s shiny new star the next time you’re a tourist in Los Angeles, you can catch him in Star Wars: The Last Jedi when it comes out December 15, 2017.