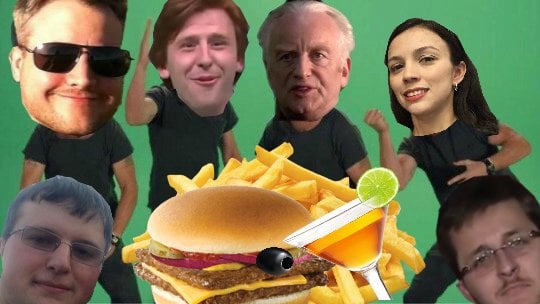 Always a huge thanks to @realJBurns for his amazing concept art. This week’s concept art discussion was on Kylo’s Tie Fighter for The Last Jedi. Can’t wait to see it in action this December!!

Rian Johnson made all fan boys cry by giving us John Williams on May 4!!

A #MayThe4thBeWithYou message from @RianJohnson for #StarWarsDay. pic.twitter.com/JlnWRZyn4g

We all want Mark to come to our birthday parties, but this one piece of retribution is so amazing for Adam Scott:

If you missed news earlier this week, Doctor Aphra won the Fan Poll on StarWars.com for the Vintage Series figurine in the 3.75″ lineup. Thanks to all fans who voted in this poll!

From the pages of @Marvel‘s Star Wars comics to a toy shelf near you, Doctor Aphra wins @HasbroNews‘ fan vote! https://t.co/77huYicMzq pic.twitter.com/KsXw7GBqAY