An image showing an inventory for future Star Wars products set to arrive at a GameStop store around September 1, 2017 (Force Friday) has recently made its way online. While the product names that are related to The Last Jedi are naturally coded, they do give us an idea of what to expect for the movie’s marketing campaign.

The orginal image leaked out on Reddit, and while the info provided with the screencap would typically be enough to lead into a story, there’s more info to consider here. Our pal at La Fosa del Rancor also added the following details to the mix:

The names of “Cool Beta” and “Foxtrot” are all the more difficult to predict which characters they refer to, but the first figures it is hoped they will be important as Rey, Kylo Ren, Luke, Finn or Poe, but you never know. The so-called “Victor” is very likely to be Snoke. What gives us reason to think that it is Snoke is because in one of the two figures that this character will have that it will include a “throne”, and we’ve seen no one but Snoke we sit on a throne in the Sequel Trilogy. Finally, there is a pack of 4 figures of characters called “Guards of Evil”, which sound like the rumored personal guards of Snoke. 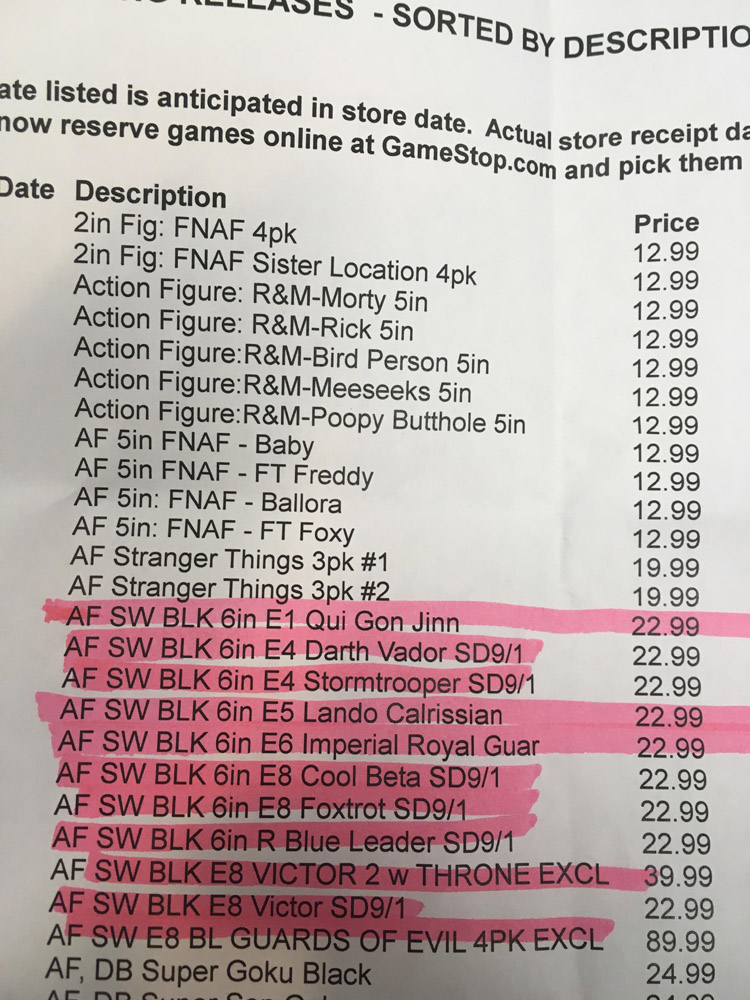 A Sequel Trilogy-era Black Series figure of Luke is rumored to arrive closer to the release of the movie, so perhaps “Cool Beta” and “Foxtrot” are more representative of the new cast than the legacy characters. Given that “Victor” is almost certainly Snoke, it’s incredibly likely that we’ll see him both in his robes (as seen in The Force Awakens) and his regal attire that has been rumored to debut in The Last Jedi. It’s likely that now that Lucasfilm have decided what Snoke looks like, they’ll be using him more in the marketing for future movies. On a last, unrelated note, the figure listed in the middle of the other Episode VIII toys – “Blue Leader” – refers to  Grand Admiral Thrawn as he appears in Rebels, as it was confirmed by Hasbro at Star Wars Celebration Orlando that Thrawn would be a Force Friday character (hat tip @RogueKnight).

The “Foxtrot” codename sounded oddly familiar to me, and thanks to The Cantina contributor MagnarTheGreat, I remember exactly why. Magnar previously took note of list of forthcoming Wal-Mart products described on a collecting site known as Bantha Skull in December 2016. Among the products listed were two specific items explicitly tied to The Last Jedi:

Let’s use what we’ve recently learned about these Gamestop with the Wal-Mart product list to draw a few conclusions. Firstly, it appears as though “Foxtrot” directly refers to either Luke Skywalker or Rey. While I am inclined to believe it is most likely the latter, distinctly pointing out that the lightsaber is blue (presuming that part isn’t a code – more on that in just a second) also suggests that we might be talking about a Luke-related product here. Secondly, we can presume that “Victor” does indeed refer to Snoke, but it may also suggest that the “Guards of Evil” are not necessarily related to Snoke in particular, since there’s a clear distinction between them and the “Victor Guard”. If that’s the case, then the “Guards of Evil” character multi-pack could be a few of the Knights of Ren. Thirdly, “Blue” and “Red” seem to be indicative of individual factions. If Thrawn’s “Blue Leader” status is indicative of anything, then we can presume that “Blue” refers to the Empire/First Order and “Red” refers to the Rebel Alliance/Resistance – or it could be the other way around in the event that it really is a figure of General Merrick from Rogue One. (The “R” label makes me think it’s Rebels-related and not Rogue One-related, in any case.) 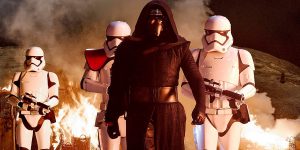 There’s lots of information to look at here, but I’ll keep my observations brief this time:

More news on The Last Jedi‘s merchandise as it breaks.