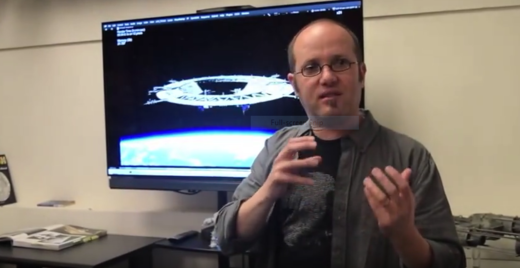 From the Death Star to X-Wings in the battle on and above the planet Scarif, ‘Rogue One‘ was chock-full of out-of-this-world moments that brought the magic of the Star Wars universe to new heights. And in a new video with Model Effects Supervisor Russ Paul, you can get a better understanding of the process behind rebuilding some of the classic ships and vehicles for the film…

Back when the first teaser for Rogue One: A Star Wars Story hit, fans started wondering if the special effects of the film would be able to match up with the rest of the series. Well, we got that answer when ‘Rogue One’ and its amazing effects hit the big screen this past December.

Now, get an inside look at how a team at ILM created the effects, along with plenty of other behind-the-scenes details that went into bringing this film to life. Did you know that originally they used parts from different model sets to create some of your favorite vehicles and ships for the film?